Home / Knowledge / Article / Economy / The RMB Appreciation: Who does it favor?

The RMB Appreciation: Who does it favor?

China has achieved an 8% GDP growth in 2009, and is further predicted to accomplish a 9.6% GDP growth in 2010. Simultaneously, the countrys inflation rates are also shooting up. In February, the consumer price index and producer price index experienced an increase of 2.7%, and 5.4% respectively, which was higher than the previous month. Along with the economic growth, the RMB also seems to have a rapid escalation.

Impact of the Appreciation: 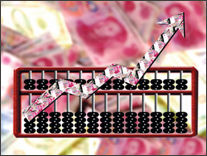 Effects of the appreciation have been felt in both domestic, and abroad, becoming more and more significant with the time. Increase in the RMB exchange rates will help to minimize import costs of China, and help to reduce domestic inflationary pressure. Simultaneously, with the increase in RMB exchange rates, US will have to pay more cash while importing Chinese products. This will not be appreciated by US, especially for its domestic demand. The appreciation will have an impact on the Chinese stock markets, and the profitability of the Taiwan owned companies based in China, especially the export oriented. Authorities prefer a two-way movement in the RMB value, but that would be difficult due to the large amount of current account surplus, and high net capital inflows.

Does the appreciation favor China?

In a short term, the appreciation is likely to have less desirable effects on the countrys economic growth. The export market of China depends heavily on the availability of cheap labor. Escalating currency value will affect the exports of China, and resultantly, the overall national economy. If the Yuan appreciates against the dollar, it would bring financial instability, and is anticipated to endanger Chinas financial security.

On the contrary, some industry analysts predict that, in the long term RMB appreciation will result in a three-fold benefit for the country. 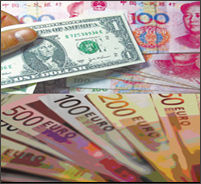 The appreciation of Chinese currency will simultaneously put pressure on other Asian countries, forcing them to increase their currencies as well. Taiwan currency is being predicted by industry experts to go up. A notable proportion of Asian exports to China are intermediate goods for re-export. This could keep the final export prices unchanged if the RMB appreciation is offset by low import prices.

Economic analysts foresee a further appreciation during the course of the current year and also during 2011. China should embrace new opportunities that have opened due to its currency appreciation, and allow growth for its national economy.