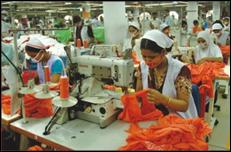 During the period of post-quota, apparel exports remained far below the potential. Increasing input costs, high interest rates, liquidity crunch, high power, and transportation costs, poor infrastructure are a few of the constraints faced by the apparel exporters. Then, the depressing period of recession increased global competition, and reduced the demand for apparels. The infected economy in US, EU, and Japan which contributed to almost 80% of the global exports, affected the global market, thus deteriorating the apparel exports of major countries. The recent trek in cotton yarn and fabric prices has also affected the apparel exports to a considerable extent.

Apparel exports during 2009-10 accounted to $9.7 billion. This is 11.4% lower than the previous years figures which were $10.95 billion. But exporters still express their optimism that, apparel business would expand by 10% by 2010-11. They anticipate the Government to take steps to curtail raw material exports such as cotton and yarn, so as to augment the domestic industry. Raw material accounts for 50-60% of the total cost. Due to large-scale exports there was a drastic increase of almost 40-50% in their prices, particularly during the recent months. 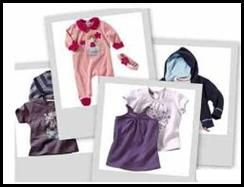 Mr. Rakesh Vaid, President of Garments Exporters Association believes that Indian apparel sector is pivotal to the countrys economic development by offering job opportunities to the weaker sections, and women. This is a dynamic section in the Indian industrial sector showing significant progress over the years in terms of cost reduction, standardization, and quality up-gradation. He observes that despite the signs of improvement, economy remains bleak due to the domestic inflationary pressure. As Indian apparel sector consumes 95% of the indigenous materials, adding special value to the exports, it needs special consideration. He suggests the Government to introduce labor norms specific to garment manufacturers and exporters, thus augmenting to cope with the cut-throat competition.

The Textile Ministry has come up with positive initiatives, aiding the apparel exporters to overcome global recessionary effects, and soaring yarn, and fabric prices. With the aid of the fibre policy, apparel exporters are encouraged to do business with overseas market with an assortment of garments made from new fibres, and fabrics.

Though US and EU markets are showing signs of recovery, garment exports were down during 2009, when compared with the corresponding period of the previous year. Indian garment exporters seek new markets like Latin America, Middle East, Japan, and Australia. But the new markets are relatively small when compared with the well established US and EU markets.

The increasing interaction of domestic economies with other global countries; generally termed as globalization, is reflected in the rising share of international trade. Clothing exports are increasing in a faster pace than any other trade product. Increased focus and appropriate incentives could make the Indian apparel sector outshine its competitors in the global market.