Silk is a remarkably tough material and many associations are competing to make the first artificial silk. Very few people have an idea that honeybees produce silk, but they do and that has been proved.

No one of us had any slightest of idea that bees can be the ones who can produce silk. The mothers of silks have always been moths, silkworms, butterflies and lately spiders too joined the community using it mostly for web making. &sec=article&uinfo=<%=server.URLEncode(2847)%>" target="_blank">Fibre2fashion had an elite discussion in this regard with Dr. Tara Sutherland, a renowned scientist of Entomology wing, CSIRO, Australia. 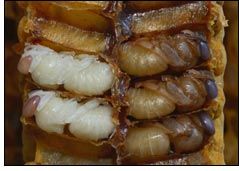 Bees, as well as ants, produce silk and the distinctive feature carried by their silk is the toughness they have. They have a particular structure of molecule that differentiates it with large structure of proteins as in moths and spiders. It has an arrangement wherein the cocoon twirls with each other providing a light weighted tough silk. After acknowledging the productive biology of bees, the genes of bull dog ants, weaver ants and bumblebees are compared to theirs. Though the silk of Ants and Bees is produced by larvae in the similar natural process and holds almost same characteristic features, yet they are used for different purposes and in a different way.

The cells in which the larvae pupate are supported by the silk they produce. Larvae of bumblebee rotate cocoons in wax hives (which can be used again for storage purpose), the larvae of bulldog ant protects the lone cocoons by spinning around them during the pupation process and last but not the least, the larvae of weaver ants are used to make big collective nests from fresh leaves.


This tough and strong silk is a distinct production by these sharp, prickled bugs. These insects are much superior in the hierarchy of the Evolutionary tree and these silks mark their evolution around 155 million years back. These bugs have the tendency to produce silks of harder texture and stronger structure in comparison to what has been the actual silk definition like. In interview with Fibre2fashion, Dr. Tara says, "The process is still in the early discovery stage".

An important achievement has been added to this by the scientists of CSIRO, Australia. They have hand-drawn fine threads of honeybee silk from a 'soup' of silk proteins that they had produced Transgenetically. The threads of these silk are supposed to be as strong as the original coiled silk. These silks can be put to many uses like fancy dress materials.

The genes in the honeybee are sensitive to insecticides. Dr. Sutherland says, "The benefits of this silk over other silks are the proteins. Unlike the silk of spiders and silkworms, the cells are small and non-repetitive; bee silk is much more acquiescent to artificial production of silk in comparison to silk proteins of silkworm and spiders. The group has identified the honeybee fibre genes and concluded that highly different gene cluster in honeybees encodes a new silk family".

The cells of bacterium E. coli are used to produce the silk proteins which, under the perfect environment, self-gather into arrangement like honeybee silk. The scientists already had an idea that the similar silk can be produced by using the substances of the original silk glands and they can be hand-drawn by using the glutinous protein. Though it has not been an easy job, still the results are incredible.

The honeybee has been acknowledged as the first insect that has a system alike to humans and the gene for telomerase has been identified in them. Telomeres shield the end of chromosomes. The enzyme telomerase restock the telomeres in early development in humans. Telomerase shuts later at the time of ageing when the telomere shortens, whereas in cancer cells involve unlimited cell division. 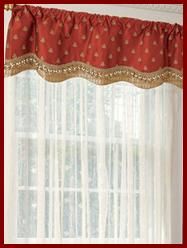 This research of producing artificial silk has been experimented on other invertebrates too, but it has not turned fruitful due to the complex arrangement of genes. The silk genes in the honeybee was nevertheless identified and the researchers had a faint idea that the silk was programmed by four non-repetitive genes which are small in size and have a simpler arrangement suiting best for transgenic silk production. Dr. Sutherland throws light on the commercial uses of this silk by saying, "This silk can be brought in use in many ways like strong but lightweight textiles, medical applications such as sutures, artificial tendons and ligaments and composites used in aviation and marine environments".