India is the second largest country in the world after China producing mulberry silk. Indian mulberry silk production is about 16,000 metric tones compared to China's 80,000 metric tones. All the silk produced in China is of bivoltine and in our country more than 95% of silk is of multivoltine silk. Our weavers prefer this multivoltine silk for making our traditional dress material on account of its luster, smoothness, colour absorption, get up, draping quality etc., which lacks in imported Chinese bivoltine silk. India is only country in the world producing all varieties of silk i.e, mulberry, tasar, muga and eri.

Our silk fabric exporters need large volumes of bivoltine silk and this is being imported from China. Presently, country is importing about 10,000 metric tones of silk from China and it is learnt that a substantial quantity of silk is smuggled in to the country through Bangla and Nepal borders. It is evident from the above that there is a great demand for this fibre in spite of high cost compared to synthetic/cotton fabric.

It is estimated that one hectare of mulberry cultivation generates employment to 12 to 13 persons throughout the year. Realising this, the National Commission on Agriculture has rightly observed that large scale expansion of this industry would substantially benefit the vast number of small and marginal farmers, besides providing employment opportunities for millions in the rural and semi-urban areas, thus restricting the rural folk migrating to urban areas for a bowl of food. Also expansion of mulberry area will definitely improve our productivity of both multi and bivoltine cocoon production in achieving self sufficiency in the years to come. In the interest of the country and keeping in mind our rural economy, it is not wise to import silk from China, as they are dumping silk to our country below the cost of production and ultimately they will dominate the silk market, if corrective measures are not taken forthwith. 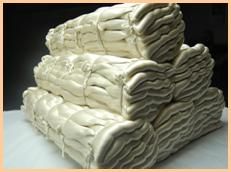 To-day, the area under mulberry cultivation is about 177943 hectares and silk production is about 16,000 metric tones i.e., less than 90 kgs. per hectare per annum (average).

New technologies developed by the Research Institutes have proved beyond doubt cost effective and improved quality and productivity. New mulberry varieties introduced are giving higher yield so that, in the same unit of area under mulberry the leaf production has doubled. Package of practice, disease control methods in silkworm rearing and usage of new CSR hybrids (Bivoltine) for rearing have resulted in increase of productivity and quality. Introduction of new multi-end reeling units have proved that 2A and above grade silk is possible with this innovation. With this new technology now it is possible to produce more than 120 Kgs. of silk per acre per annum.

Though these new CSR hybrid races are suitable for temperate climate, silkworm rearers have been successfully rearing these races in tropical climate with adoption of necessary technology during favourable season from August to March. These races are gaining momentum and popularity among the sericulturists of Karnataka, Tamilnadu, Andhra Pradesh and Maharashtra.

In the traditional silk worm rearing areas of Karnataka, it is possible to harvest about 85 Kgs. and above of multivoltine (cross breed) and about 65 to 75 Kgs. of Bivoltine hybrid varieties per 100 Dfl. Due to man power shortage, silk worm rearers are practicing mechanization in cultivation and silk worm rearing. Now they follow shoot rearing system. With this the annual crop will be 10 as against 11 to 12 when they were following leaf plucking and feeding system.

Silk and Milk is the proverb of the area. Every silk worm rearer is also engaged in milk production. After Gujarat, Karnataka may be the largest milk producer in the country. Direct income from milk will provide some cushion to the farmer and also motivate him to use farm yard manure to the field. Dung is also used effectively for production of bio-gas. Enrich slurry from the gas plant is very good for the soil health and many farmers have taken up vermi compost production on large scale. Slurry derived from bio-digester is very nutritious to the plant and this will definitely bring down the amount of inorganic fertilizers thus bringing down the cost of cultivation. Regular use of farm yard manure/vermi compost etc. is useful in maintaining the soil health. Also cultivation of horse gram, sunhemp, dhaincha in between the rows of mulberry garden which are leguminous in nature will provide sufficient nitrogen. 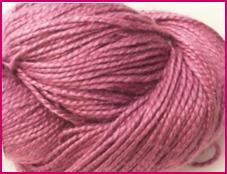 Once a fortnight, farmer will get money from milk and every month from silk. This continuous money availability has motivated them to take intensive cultivation of silk worm rearing. Now cocoon prices are remunerative. In Karnataka, the marketing of cocoon is very well organized. The cocoon harvested by the farmer is sold in the open market established by the State Government and auctioned. The highest bidder (silk reeler) will have to pay money on spot and take delivery of the cocoon. At every stage transparency is maintained and ultimately the rearer is benefited and money is collected immediately after the auction. It is believed that such system is not available for other agro commodities. SiIk worm rearers of Karnataka and border states are very happy about this system. A nominal market fee is collected from both buyers and sellers.

It is proved that mulberry cultivation is possible throughout the country but silk worm rearing is possible wherever the climate is favourable. Now there is a good demand for cocoon by our reelers. During favourable climate, three or four crops can be harvested. Harvested cocoons may be dried and kept for a longer period or if sufficient cocoon is available, small reeling unit may be established.

Now the Ministry of Agriculture, Government of India, has included sericulture within the Rashtriya Vikas Yojana (RKVY), as the Reserve Bank of India and the National Commission for Agriculture have considered up to cocoon production as an agricultural activity for funding under RKVY. Now it is for the State Sericulture departments and the Central Silk Board to make use of this man power for increasing siIk productivity.

As earlier mentioned, the area under mulberry cultivation in the country is about 1,77,943 hectares. The entrepreneurs of the country have to come forward to make use of this opportunity for large scale production of cocoon. In case of other agricultural commodity, there is some problem in marketing and in case of cocoon it is not so. One should encash the situation. If all the area is cultivated with scientific background, abundant quantity of cocoon is produced thus putting an end to the imported silk. Let us hope that ourfarming community will rise to the occasion.

Now sericulture is a main avocation and providing sufficient margins to the silk worm rearer. Major revenue goes to the silk worm rearer and the balance is shared between silk reeler, twister, weaver and trader. Establishing comprehensive large scale silk production unit (Soil to Silk) is profitable. Entrepreneurs should think on these lines to make silk industry sustainable.

Already scientists at USA and Japan have successfully developed mulberry silk with spider gean. The strength of this spider silk is three times stronger than conventional silk and in weight 1/3rd of mulberry silk. This silk can be used in various applications like cosmetics, medical appliances and industrial and aeronautical applications. Because of its strength and other characteristics this silk is mainly used for manufacture of bullet proof jackets for the army. The scientist at US has commenced commercial production of spider silk for manufacture of bullet proof jackets for US army. If we can also develop such technology, sky is the limit for this agro based industry and a new route for the prosperity as we have necessary infrastructure. Our scientists should consider this very seriously.

About the Author: The Author is a Sericulturist from Bangalore.