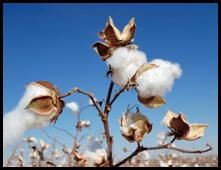 The term Supima is derived from the word Pima, a generic term for ELS, the superior quality cotton grown in America. It denotes a licensed trademark of a group of the Pima cotton cultivators, founded in 1954 in the states of Arizona, California, New Mexico and Texas to promote apparel and textile products made from Pima cotton. Pima, a type of ELS cotton grown in the U.S., Peru, Israel and Australia, got its name as early as 1910. Though, initially it was better known as American-Egyptian cotton but later it was renamed in a gesture to acknowledge the importance of the local Indian growers in US. Egypt does produce and sell some of the best ELS cotton in the world, but it amounts to only about 7% of annual global ELS/LS cotton exports, and is approximately 25% of Egyptian cotton exports in last season. Egypts Central Agency for Public Mobilization and Statistics (CAPMAS) said in a report issued that around 517,000 thousand metric quintals of Egyptian cotton valued at 7.315 million pounds have been exported from December 2009 to February 2010 compared to 61,000 metric quintals and a value of 1.43 million pounds for the same period last season.