Vietnam has astounded the globe with the alluring varieties of Handicraft itemswhich brags of the skills and dexterity of the weavers and craftsmen of theregion. Vietnam is known for its Hand-made products which are for the growth ofboth the cultural heritage of the country and employment generation of itseconomy. Handmade sector has been a big source of living for the major chunk ofrural population of the country. People here have high affection towards artand culture. Vietnam

The heritage crafts of Vietnam include wooden furniture,porcelains, lacquers, embroidery, candles, jewels, artificial flowers and glassproducts. This sector gets pleasure from the advantage of low costs and high returnsworth $565 million. The target for this year being set by Ministry is $800million, and profits are expected to reach $1.5 billion till 2010 end. 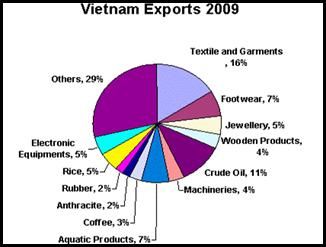 Presently, the three major export markets for Vietnam are the US, Japan and the EU. The US Government does not enforce any tariff on thehandicraft industry which makes the industry to progress the trade associationsbetween Vietnam and the US. Vietnamese authorities have acted to takeadvantage of this fact that the US has remained the number one importer ofVietnamese interior decorators and handicrafts for the last three years. In thefurniture sector, many US ventures are looking for partnerships with Vietnamesefurniture companies to meet the growing demand of furniture in the US.


Japan and the EU have also made their moves to promote their own imports ofVietnamese handicrafts by escalating marketing and directly conferring to obtainableconcerns with Vietnamese authorities.

Regardless of the positive environment, keeping in view the Vietnamese government and the global export markets, the handicraft industry in Vietnam still is brazen out with severe competition from countries like China and Thailand. The foreign customers are dissatisfied with the Vietnamese handicraft producers due to inadequate production capacity and information deficiency on the market's in hand demand, which leads to deficient and obsolete designs, techniques, and manufacturing. Here are some issues that need kind attention in order to grow: 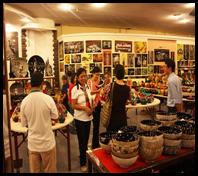 The poor marketing skills have led most villagers to rely on the middlemen for making their sales and so they obtain less revenue for their products. Though there are some thriving craft villages but those villages are also pragmatically losing their traditional standards. In the case of an accomplished craftsman, the excellence may be casual, and simple replication of foreign products and admired products is still rampant.

Handicrafts industry is one of the most potential industries of Vietnam. With around 1500 handicraft villages operating in Vietnam, it employs about 10 million craftsmen, with yearly sales of more than 1billion USD. The income of handicraft workers is said to be much higher to that of the farmers. The handicraft industry has increased income in rural area and put in radical efforts towards poverty reduction.

Thus, the government is making a lot many attempts for the encouragement of handicraft villages where tourism and handicrafts are connected. Many steps are taken to attract more and more tourists to the country to promote the Handicrafts industry. 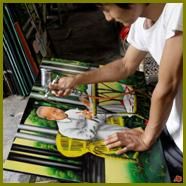 Considering the industry module at the parish level, the craftsmen have taken the initiative to promote the products and export themselves to save additional expenses and earn cut-to-cut profits. The plentiful of handicrafts in Vietnam was fostered in the Agrarian milieu of Vietnam. The industry demands lower cost of production, enhanced skills among the workers and the industry should have the potential to serve as a backbone to the agriculture industry. Making complete utilization of the time when more and more tourists are getting attracted towards the country, handicraft entrepreneurs could commence their business by offering low cost and handy items to the tourists. The artisan should try to cut cost and expand product lines, making a thumping emergence into the exporting sector.

Facts and Figures Reining the Industry

Vietnam's handicraft export turnover in the first five months of 2009 underwent a fall of 25 percent to 70 million US dollars. In May 2009, Vietnam gained almost 13 million US dollars from handicrafts export, still making a year-on-year drop of 31 percent, whereas, Handicraft exports have shown a growth of 20 per cent in the year, 2010. During the first eight months of current year, bamboo-made products and pottery and ceramic products experienced good export performance, at US$135 million and $200 million respectively. Vietnam's handicraft products have established their footholds in 163 countries and regions across the world including Germany, France, the United States, Japan and the Republic of Korea. In 2008, export of handicraft products bagged nearly one billion US dollars, a year-on-year increase of 33.3 percent, said the center followed by a sharp fall in exports in 2009 and again regaining the position in 2010, so far.

Irrespective of the economic slowdown, handicraft exports of Vietnam would go beyond $1 billion in the year 2010, hoped experts, as it has recently increased by 20 percent per year. This makes handicraft products to be one of the top 10 items with the highest export growth rates. In the year 2008, when global economic crisis struck for the first time, handicraft exports of the country reached to $1 billion in terms of value, and now, when the world economy is experiencing gradual recovery, demand for handicraft products is going up, so the export value of handicrafts would probably go beyond $1 billion, expected the expert.As per estimates, value of the materials, needed to import for the handicraft manufacturing sector is 3-3.5 percent of its export value, while in the case of garment products it is above 20 percent. 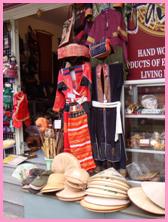 The handicraft culture, which has been encouraged in every corner of the country, is a compilation of all the natural resources native to the society. That way, handicraft society should be allied with various magnitudes of human life and community culture as well as with different products. The community is historically developed of its own concurrence, as being intricately entwined with different components of community resources, namely natural resources, human resources, cultural resources and scenic resources. When designing the community development, especially together with handicraft development, it is imperative to examine the local skills and natural resources that target various possesses. The fraternity needs to brush up the roots and scrutinize the strengths and weaknesses of the community. It can prove to be one of the valuable conducts to strengthen the potencies. three-year project, 'Green Production and Trade' to improve production and trade for the deprived families engaged in creating handicrafts and living in the northern provinces of Nghe An, Thanh Hoa, Hoa Binh and Phu Tho in Vietnam, would be commenced soon this year. For this project, the Vietnam Trade Promotion Agency (Viet Trade) is joining forces with international organizations. The project has a budget of US $4.1 million, which has been sponsored by several organizations of the United Nations including the Food and Agriculture Organization, the Industrial Development Organization and the International Labor Organization.

By:
Fibre2Fashion
Published: Oct 2010
Reuse this Content
Our Clientele