Home / Knowledge / Article / Handloom / Apogee of Crafts: Is it really worth?

Apogee of Crafts: Is it really worth?

Indigenous crafts embody an inestimable form of cultural expression whether they are meant for utilitarian purposes or for artistic endeavours. They show the conglomeration of sublimity of cultural and ingenious artistic nature of artisans who are fully involved in the process of creation of the same. Craftsmen use their expertise and their hand or machine skills to produce crafts that are indigenous to the particular area of inhabitation. Geographical influences also begin to influence the crafts of the region. They are very consequential for developing and under developed nations as they help in imparting a sense of self confidence and self sustenance to these nations, which can also give the necessary propulsion to the tourism industry as well! On the other hand for the developed nations too they show their significance where there is a constant threat of losing individuality and cultural inheritance; with the industrial mechanization which believes in quality, commercialization and standardization of products. In the midst of these advancements the intrinsic nuances and geographical influences that are imparted to the crafts lose their personal touch. Therefore there is always an intermittent threat of losing the individuality to mechanization. Artisans not only conserve but they also enrich and adapt the cultural heritage in accordance to the contemporary tastes and requirements of society. 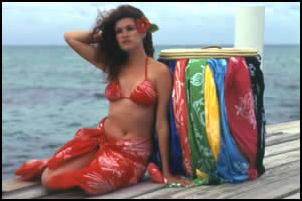 Bahamas too has foray of handcrafted Batik Clothing, accessories and fabrics. The indigenous crafts promulgate the vibrant array of colours, patterns and dyes that are made on 100% cotton fabrics. The patterns used delineate the beauty of the surroundings in their colours and designs. One can get batik clothing for any age group and also catering to any occasion in Bahamas. The waxing and dyeing of each inch of the fabric demands a lot of attention and it shows the expertise that goes into hand producing each and every piece skilfully. Cold water dyes are used to produce the best possible results. 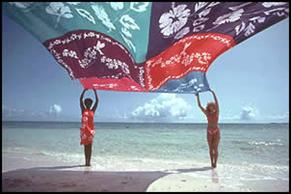 This is the engagingly enthralling side of the crafts and the colourful world that is painted by the artists here. However, it is time now to stop and consider and also appreciate the efforts and the risks that are involved in producing these crafts and also the amount of health imperilment and health exposures that these people undergo to produce some thing that looks so appealing on the face. A small little thing like producing the hand painted and batik material forces people to expose themselves to the harmful chemicals that can even lead to cancerous growths in them.

In the flourishing batik industry of Bahamas, there are so many pigments and colorants that are used that have the capacity of being cancerous in nature. Chemical called Benzidine is capable of causing bladder cancer in individuals. Similarly dyes that are used in the textile industries are extremely hazardous in their powdered states. Though; even the liquid form is capable of emitting deleterious fumes that can cause prolific health concerns; which require adequate measures to be taken before the usage. It should be ensured that there are appropriate ventilation facilities at the time of handling the dyes as such. In addition to this there are other concerns that need to be looked into. Heated wax is melted and put on the fabric to act as a resistive agent, which is thereby removed by hot irons, by doing so the flames emitted by wax produces fumes that emit Acroleiun and formaldehydes which is capable of causing seditious chest inflammation if adequate ventilation is not provided. Also constant exposure to the same can cause chronic ailments that need serious preventive measures. Besides the chronic ailments the denudation to hot wax and also with open flames is as such a deadly combo that needs to be seriously avoided in many ways. 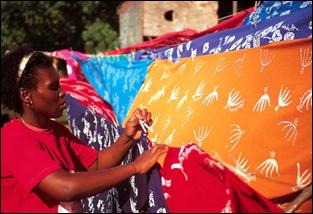 Although it is a fact that the impact of any chemical is appurtenant on the dosage in terms of the amount of exposure that people have to that particular chemical. In some cases there are highly pestilential materials that would not cause a serious damage as the exposure to that chemical is very less, on the other hand a repeated exposure to non toxic material is also capable of causing toxicity to individuals at times. So it all depends on the amount of inhalation of chemicals and also for how long one is exposed to them. Depending on that the repercussion on human body can be acute or chronic. Acute consequence of exposure can happen in the former case whereby the excess exposure to a heavy dose can do the damage, whereas chronic symptoms occur due to exposure in smaller quantities for a long period of time and till the time the damage is not very excessive nothing would be known at all unless a permanent damage has been done. For example a repeated exposure to solvents and sprays done during batik painting are capable of causing permanent chronic damage to individuals skin or to their kidneys. The damage done is completely irreversible and it can also have inexorable impacts on the brain functioning of people as well! In addition to this the natural materials like cotton, jute and palm fibres that are used for batik painting and other traditional crafts in Bahamas is also capable of causing many kinds of allergies and also cancer that can lead to either incapacitating them for their lives or putting an end to their lives. What is even more appalling is the fact that the only symptom that becomes visible in the beginning is the constant headaches and light headedness that people can experience all the time, which is highly deceptive in light of the gravity of situation.

Also at times the repeated exposure of chemicals lead to constant accumulation of chemicals in the body; though there is elimination from your system as well, however there is a constant accretion of chemicals that can have disastrous impacts on the human body as such. Just like alcohol which has catastrophic impact on body but gets evaporated from the system, quickly, similarly other chemicals also behave in this manner and it can lead to malefic impact on the human bodies.

Other famous crafts like Bahamian Tings; ceramics and wood work are also famous from this place. Though highly cherished for their beauty and their skilful craftsmanship, these also have scathing impacts on the health of workers. There are tonnes of toxic solvents, turpentine, and spirits that are responsible for making them very harmful for the human bodies. The high levels of toxins like cadmium and lead found in these can cause many health concerns. Even for the wood workers; leave aside the cuts and the blisters that one gets by handling wood as such; the wood chippings that fly in to the eyes and the wood dust that gets deposited in the lungs of the workers is something that one would hardly pay any heed to before buying the wooden crafts. This wood dust is capable of causing lung as well as nasal cancer. And is definitely a big price that individuals pay for producing these beautiful crafts.

It is high time that someone raised a voice in favour of the health concerns of the individuals. It is very essential to have a humane concern towards the artisans involved so that there isnt a work force that is involved in the process of doing the craft half heartedly, rather with the zealous and whole hearted involvement of people; the creative endeavour of the individuals can be taken to another level. By providing protected and a safe environment to the artisans there is a possibility of heightening the creativity in the individuals all together. A happy worker would be capable of producing a more artistic craft and that too in manner that his creativity would be augmented with the amount safe environment at would be handed down to them. Therefore Re-emphasizing the value of handmade work requires a similar concern for the individuals health that can also aggrandize the creative process in a multifarious manner!