Can one man's meat be other man's poison? A declaration by the Government capping the exports of cotton yarn has sparked debates in favor of, and against the order. 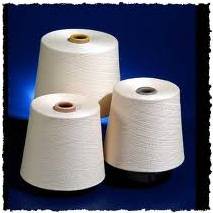 Government of India has banned fresh exports of cotton yarn till further instructions. This has evoked a mixed reaction among the industry people. While some people find it to be favorable, few others protest the order, claiming it to create unfavorable situations.

Government has laid a ceiling on the total yarn exports for 2010-11 at 720 million kg. It has banned any further registration for export of cotton yarn, and has urged the people who have earlier registered for exports to complete their commitments within the next 45 days starting from 1st Dec. The exporters, who have registered online for exporting cotton yarn, will have to fulfill their export orders by 15th of January, 2011. This move is taken in order to control cotton yarn prices, and ensure uninterrupted availability of cotton yarn in the domestic market.

Textile minister Dayanidhi Maran states that the textile commissioner is instructed not to receive any applications crossing the limit of 720 million kg. He further explains the reason behind the quantity of ceiling. Total cotton yarn production is estimated to be around 3460 million kg for 2010-11. Domestic demand is projected to be approximately 2656 million kg. The Government has decided to export 21% of the total estimated production so as to make sure that the domestic market is not affected by the exports.

The declaration of the Government has evoked a mixed reaction among the industry players. While some of them are in favor believing it to control yarn prices in the domestic market, few others claim that it will create adverse effects in the short term.

Unlimited exports of cotton yarn have caused a shortage for it in the domestic market putting the weaving industries under stress. The restriction is expected to control the situation. AEPC Chairman, Premal Udani, says, "This decision has brought great relief to the value-added apparel and made-up sectors." He believes this would help in increasing the domestic supply of cotton yarn and will also bring some stability in the prices of the same. (Source: The Hindu) Prices of cotton yarn were seen moving high during the recent past months, much to the frustration of the textile industry. During the month of November domestic market witnessed a scarcity in cotton yarn supply. Consequently, prices were also increased by ` 7 per kg for all the counts. Cotton yarn prices grew by 80% to reach ` 240 per kg (40s), which is the highest in the past one year.

On the contrary, CITI Chairman, Shishir Jaipuria, condemned the declaration saying that the quantitative ceiling in yarn exports would have "far reaching adverse consequences for all the segments in the textile industry". Supporting his argument, he points out that there are many spinning mills with export obligations against EPCG license (Export Promotion Capital Goods Scheme). He claims that spinners will face a critical situation from their clients both at the domestic and global level.

As a third dimension, Mr. J. Thulasidharan, Chariman of SIMA (Southern India Mills Association) feels that the restriction will not bring the results expected by the Government. But there is a possibility that it would result in speculation in the yarn market. Of the 720 million kg earmarked for exports, 455 kg have been exported so far. The remaining 265 million kg should be exported in a span of 45 days. This situation will create scarcity in the market. Industry information state that merchants are offering high prices for coarse and medium counts to take advantage of the current situation.

The declaration of the Government has stirred up heated debates among the industry players. Results can be witnessed as months pass by. While there is an increasing trend in the prices of cotton yarn, there is no proportionate increase of the final products. If the Government encourages an increase in the export of the final products, profits of the same will be passed down to all the people involved in the chain; including the farmers.