How far the economists, who predict that India's growth will outpace China by 2014 would prove right? The achievement of such a pace calls for an all-round fast march. But has the apparel industry invested enough to keep up with this pace of change that is called for to achieve what at present appears to be a wishful thinking, particularly in view of the fact that Indian garment exports have shown a downward trend for quite sometime? 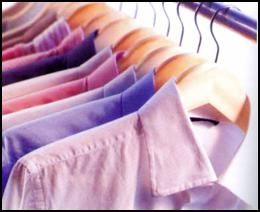 To my mind, it is far too far-fetched to imagine that India could outstrip China in garment exports, keeping in the mind the staggering and huge gaps, just in numerical terms and for this reason alone, I would not subscribe to the view that India could overtake China in this area. However, India does need another look at its own garment industry, particularly if it is aspiring to at least upgrade its standing in the world apparel export.

We continue to stick to our age-old designs and one hardly finds any study and application of trends that sway the world from time to time in our products that we offer. We continue to stick on only to cotton while the world is moving towards smart textiles. There is hardly any change in the designs and there is no sign of any innovation. Today, India's corporations and private companies perform side by side with the world's global elite; investment in innovation could mean exports will shoot up. India is on track to achieve 9-10% growth over the next few years while China's growth plateaus at around 8%.

So why have exports in the apparel sector fallen? The answer lies in lack of innovation, investment in creative design and limited understanding of trends.

India could upstage the US as the planet's economic superpower by 2025 and overtake China as the world's fastest growing economy by 2014. If the apparel industry is to keep up with this pace of change, it will need to follow industrial design in India and invest in trends, design, innovation and consumer-insight to realise the full potential of key export markets. Right now the challenge for many Indian apparel makers is investing in and understanding the consumer and trend intelligence that will give Indian made apparel 'added value' over cheaper products manufactured elsewhere.

Shipments to the EU and the US account for nearly two-thirds of the country's textile and apparel exports. However the apparel sector in contrast to other exports registered a decline by value of 11 % in 2009 Between 2004 and 2009, India's textiles and apparel exports to the US grew by only 4.2% per annum, while China, Vietnam, Indonesia and Bangladesh saw growth of 15.3%, 14.5%, 8.9% and 11.5% respectively (by value).

The Government of India is well aware of the need for design and has put in place a sound policy for economic growth. 2007's National Design Policy outlines a plan to realise growth of 1,000% in design related exports over the next eight years. But unlike the industrial design sector, the apparel sector has done little to invest in design preferring to wait for customers to provide designs or, alternatively, copy runway images and retail samples with little or no understanding of the consumer trends behind them. The National Design Policy states the strategic importance of adding value through innovative design for Indian competitiveness in both manufacturing and service industries. Key initiatives include cooperation with international design organisations and raising design education in India to global standards of excellence. Under the plan, India would become a major hub for export and outsourcing of designs to achieve a design-enabled innovation economy. The good news for India is that an increasing number of its graduates are educated overseas, and standards in Indian institutions such as the National Institute of Fashion Technology are increasing.

Innovation is evident in statistics provided by the Indian Patent Office which highlights an increase of trademark applications of over 70% from 2004-2009. This suggests at even though India still has enormous problems with counterfeiting there is a growing seriousness about innovation. Designed in India and Made in India offers added value to the European US customer who will pay a premium for the quality that innovation adds to the product.

As an outsourcing partner India can offer the technical expertise of the country's English-speaking graphic/industrial designers and animators at costs lower than those in developed markets. The same advantages exist in the apparel design sector although this advantage is not realised at present.

However, one area that is capitalising on design is knitwear, which represents 45% of India's textile exports by volume and enjoyed a 10% increase over the past year despite competition from both Asia and Europe. Currently Tirupur in South India supplies 40% of the total knitted apparel exports from India, and forward-thinking Indian companies are increasingly integrating 'designed in India' into the products they produce.

While Indian garment exporters are losing out to competition from China, Indonesia, Vietnam and Bangladesh, there is evidence that some of the larger apparel makers are carrying out knowledge-based processes in India (such as innovation, design and sampling) and completing the production process more cost effectively elsewhere.

Arvind Limited, one of India's largest textile and apparel makers, is investing US$60m to set up a denim plant in Bangladesh. The new facility will be operated as a joint venture with Bangladesh conglomerate Nitol Group, to cater for rising demand from Western fashion brands and retailers.

There is also a clear advantage to investing in design within the domestic sector, as this will reduce the need for imported brands. India's exports grew 22.5% year-on-year in August (2010), while imports over the same period grew by 32.2 % year-on-year to US$29.7bn. That translates into an overall increase in imports of over 33% - resulting in a worrying trade deficit. A robust industry for domestic brands can do much to correct this.

Currently there is an early trend for Indian garment exporters, who have been supplying goods to reputed global retailers, planning to launch their own brands in India, or to tie up with overseas brands in order to take advantage of substantial growth in the domestic market.

The organised garment and accessories retail sector in India is valued at around INR320bn and is projected to increase to approximately INR900bn by 2015. The development will take time to realise since few domestic retailers have the ability to place an order which compares to the average export order; as Indian chains grow in size, their volumes will become more attractive. Amongst Indian apparel manufacturers firming up plans to launch new brands or expand existing brands are S Kumar's Nationwide Ltd, which is in the process of a deal with Donna Karan International, which is owned by LVMH. Such projects are attracting overseas investment: Gokaldas Exports Ltd, India's largest garment manufacturer and exporter was taken over by US private equity company Blackstone in 2007.

But although India requires investment, poor infrastructure, corruption, rampant piracy and education are all challenges. It has many economic and socio-political advantages over China. For example, China's workforce will shortly start aging and shrinking due to the one child policy, whereas India benefits from a young and growing workforce; Over the next 20-25 years India will grow faster than any large country with a working age population that will increase by 136m by 2020 whereas China grows by a mere 23. Moreover, India is a democracy with a strong private enterprise entrepreneurial culture. India also lacks the middle kingdom's culture of secrecy and Government censorship which means that creative ideas and innovation flow easily.

What is required is that India must recognize its full potential and Indian garment exporters should not wait for the windfall of orders which do happen sometimes due to reasons like the increasingly costs of production in competing economies or their economies suffering from natural calamities or labour problems as has been the case with China, Pakistan and Bangladesh.

The views presented here are that of the author of the article.