Looking Back: A kaleidoscopic view of the Global Apparel Industry

Trends of the apparel sector are volatile in nature and remain unpredictable. Despite this unpredictability, there are a few and specific trends that has and will influence the global textile and apparel industry.

Global textile and apparel industry, during 2010 was in a recuperating phase following the global turmoil during 2009. During 2009, global apparel industry grew by 2.87% with a CAGR of 2.6%. Increasing disposable income, low interest rates, increasing consumer sentiments, and a marginal increase in inflation led to an increasing trend in apparel consumption.

Traditions and skills were not enough to save the apparel makers. There were also acquisitions and layoffs in the industry. The industry also had to survive floods, labor disruptions, a surge in raw material prices, currency appreciations and many more. The article views the major trends and happening of the global apparel industry during 2010. It also forecasts the upcoming trends and discusses the issues that will shape it.

Clothing exports of China increased by 16.2% while US witnessed an increase of 8.4%, and Pakistan by 2.5%. Apparel exports of EU declined by 3.9%. Chinas clothing sector was strong with the manufacturers boosting their productivity, and avoiding labor unrest. Chinese firms are threatened by the increasing labor costs, raw materials, and escalating RMB. Despite the rising cotton prices, Indias clothing sector had a rosy period in 2010. Market performance of the country was surpassed by China and Bangladesh. Pakistan was able to supply the Western markets with good quality clothes and fabrics.

Sri Lankas apparel sector was in a despondent phase. US decided to review the countrys GSP status regarding workers rights. Cuts were announced in industry taxation and import duties, but were insufficient for the textile sector to shine. Haitis textile sector was badly knocked by the deadly tremors. The clothing sector of the country that was steadily building its name in the American markets was deeply affected. Cambodia met with mass labor strikes due to minimum wages. The country was also hit by the global turmoil, still leaving its scars.

Global apparel retail sector grew by 2.1% during 2009-10, and is further increase of 13.4% is anticipated. Trends keep changing constantly in the apparel sector consequent to the change in fashion. Along with this, country-wise performance in the global arena also keeps undergoing rapid transformations. Manufacturers and retailers attempted appealing strategies to charm the apparel shoppers. More focus was laid on in-store arrangements, and other factors that would offer an exciting shopping experience to the customers.

Womenswear constituted 35.7% of the global apparel retail industry estimates. With the increasing number of working women, there is an increase in the demand for casual wear among women. It has become a prerogative, as their clothing options outlast men. In urban areas, womenswear is more liberal with preferences towards branded apparels.

International brands benchmark, and analyze various issues along with opportunities. The primary consideration is the cost of being and operating in the country. As per the latest retail development index (GRDI), India is ranked as the most attractive destination for retail investment among 30 emerging markets. (Source: atkearney.com)

Some apparel retailers involved in defensive activities like cost cutting, and store closures, while other were quick enough to make optimum utilization of the economic situations. Nike indicated that its future it will focus more on making of the products apart from selling them. H&M expanded their business across the globe with 220 stores mostly in the EU, and US. Zara embraced the internet and was online for sales in France, UK, Spain, Germany, and Portugal. Wal-Mart was more focused on emerging markets with special preference to China, Mexico, and Brazil. M&S experienced better sales figures during 2010.

Some apparel makers responded to the competition by merging with other apparel firms, and by moving into the retail market. Apart from manufacturing garments, they also involved in contracting out other functions such as warehousing, and order fulfillment. CAD systems aided in the development of product life cycle management, and new fashions were passed around the world with a short period of time. Changes in the manufacturing sector aided the apparel industry to meet the growing competition, and enabled them to meet the consumers needs on time, and at an acceptable cost.

Apparel makers of China, India, and Taiwan are feeling optimistic with the recovery process during 2010, and are confident that economy will improve further in 2011. Trend of automation has migrated into the apparel industry as well. Apparel industry has evolved into automated clothing production making it possible to meet the rapidly evolving fashion styles in shorter runs.

In the apparel industry where small quantities are supplied very quickly, the pressure of fast fashion retailing and technical advances in the supply chain has become both credible and tempting. Selecting the suppliers became a critical issue for businesses. While comparing vendor bids within the companys parent country was difficult, comparing bids from a range of global suppliers had become even more complex. 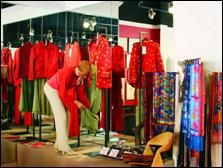 Restricting the business impact on the environment has become a noble goal for many companies. Developing a green supply chain has gained immense popularity with businesses focusing more on improving their supply chain visibility, efficiency, and costs. Greening the apparel supply chain has evolved into an umbrella concept at various levels of apparel making such as using organic and natural fibres, using renewable fibres, application of non-toxic treatments to fabrics, design and color choices focusing on longevity of the garment, ethical labor practices, and using environmentally appropriate packing materials. Many notable brands from all across the globe have notable sustainability programmers.

Sourcing became a key strategy for the growth of new industries, and the survival of the existing ones. Customers of today are currently evolving into global sourcing deals, to achieve higher quality products, and enhance their cost efficiency. Global sourcing enables them to have a global network from increasingly diverse locations. Global retailers stepped up in their sourcing activities throughout the Asian region, and the trend is likely to continue.

China's position became stronger in sourcing activities during 2010. Apparel prices were less, and this helped the manufacturers of the dragon nation to boost productivity. Global brands were tough on China regarding their environmental acts to reduce chemical use, energy, and water. Indias clothing sector was in a good phase with increased exports, despite the soaring cotton prices, and capping of cotton yarn. Turkey was exporting to Middle East, Russia, and EU, catching a lot of global attention. Bangladesh had a tough time with the violation of human rights. Haitis apparel sector which was steadily gaining global attention was hit by the earthquake. Sri Lanka's GSP status was revised by the US.

Sandblasting techniques used to give a worn look to denim fabrics, has health related issues, wherein workers face serious health hazards resulting from the exposure to silica, an element present in sand. Levi Strauss, along with H&M, announced plans on bringing a global ban on sandblasting on all their product lines. A few more have made deals with their subcontractors in Egypt, Pakistan, and Syria prohibiting the practice.

US Department of labor declared certain Indian textile and clothing products stating that they might have been manufacturing using child labor. AEPC has adopted an advisory on child labor and common compliance code on labor practices for the industry. Corporate responsibility is not an add-on from outside, but should be built with the company itself. 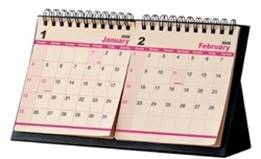 Expansion is predicted on a large scale for apparel makers. Industry organizations will assume more importance in the commercial sector. In 2011 global apparel industry is expected to have a CAGR of 3.24%. Apparel market for Europe is expected to grow by 2.5% and reach USD 245 billion by 2014. Followed by EU will be Asia Pacific, North America. Indian apparels are considered as an appealing product in the global market, and is likely to continue with the same trend in the future as well.

US and UK will organize their offshore activities as a strategic lever. India and Philippines will become large scale destinations, and extend their off shoring industries. Along with this, big organizations; globally will evaluate options in other countries such as Latin America, Africa, and Central America. Market for RFID is likely to reach USD 5.63billion, and demand for RFID tags for apparels are expected to reach 300 million.

Overall in 2010, apparel industry had been growing an a high pace, but still there are some challenges to the industry such as stiff competition for the importers of developing countries, quick delivery of orders so as to keep up with the fashion trends, increased focus of environmentalism, technology up gradation etc. The industry is poised to grow more in the time to come. Adopting new business models and competitive strategies will help the apparel makers to boost their profits.