The Retail Play: is contraction the new mantra?

The concept "extension first, efficiency later" seems to be wrong. Despite the healthy profit margins, why are some retail giants curtailing their plans for expansion?

Todays retail market is fraught with competition among the retail players. However established a store is they still, would have to compete to retain their market share, or to enhance it. Earlier there was euphoria among the retailers to expand the size of the retail format, and their presence across the country. Modern retail marketing trends stressed on the magnificence of the store, the number of cities it has spread across, and the speed at which the retail format is expanding. But as per the citation, "ever changing is the unchangeable law", this trend is now taking an unexpected turn. Retailers are now pondering less about the once much talked about expansion strategy.

The Retail 'u turn': 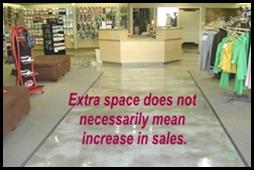 Markets get saturated when there is less or no space to grow. Market compulsions, regulations, a cold market situation with insipid growth urge the need to shift the focus and business strategy. Retailers have started considering and reconsidering whether or not expansion is actually required. This is because, they realize that expansion is a mammoth task and extra space does not necessarily result in more sales. There is also a catch in it. Extra space also implies increased rent, manpower, utility costs, more inventories, and inventory cost. 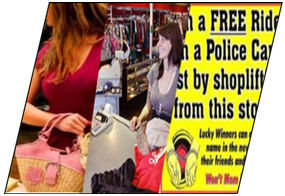 Retailers who plan for a big time expansion will have to grapple with diverse fraud issues. As organized retail matures, the plain old practice of shoplifting also takes numerous variations. Stemming from the western shores, these practices are now posing a threat to expanded retail formats. Despite all control measures like RFIDs, sensors, and securities, these practices still do exist. A survey estimates that loss due to retail shrinkage accounts for 3-4% of the total sales.

Retail fraud takes various forms. Return fraud is a method wherein the customer attempts to exchange a product which was not purchased from that retail store. High value products such as apparels are prone to this kind of exchange. Sweet heartening is a technique in which the staff at the billing counter bills a high value item for a cheaper product to his partner who comes to the store posing as a customer. Slip and fall techniques are becoming increasing popular in the US, where a customer falls down deliberately and sues the retailer for negligence, or claims that something valuable is missing from the bag he has given to the security at the store entrance.

Retailers therein, are in a situation to increase their emotional bonding with the consumers. They need to focus on their core business, and in terms of merchandising and operations. Retailing is a long gestation business, and needs heavy investments in the initial years. The managing costs involved in the scattered retail premises will minimize the profit margins of the retailers. The top level management will have to spend significant time travelling around and taking care of the business.

Retailers who have stepped in the business in a big way are likely to meet with serious challenges in the long run. Stores such as Reliance and Future Group have opened more number of formats, of which some of them have shut down and only a few are operating only at limited locations.

Retailers are withdrawing their expansion plans, only with an intention to grow. To them shrinking is only, a positive form of growing.