Apparel shopping in the BRIC Countries - 2011 & beyond

The growing potential of the BRIC countries are such that, industry experts predict by the year 2050, they would become the four major dominating economies. What hopes do the 'famous four' hold vis-à-vis to the apparel sector?

Apparel markets all across the globe witness tremendous changes in the spending pattern of the consumers, especially from the developing countries. Increasing amount of disposable income has made them to spend extravagantly. The immediate category to feel this change is apparel.

Apparel makers, and retailers are intensely focusing on the mass markets of the BRIC countries; Brazil, Russia, India and China. Large population and strong economic growth of these countries make them irresistible in the eyes of the global retailers. They have realized that concentrating on core markets such as Europe, US, and UK alone will not help them to establish successfully in the global market.

The top ten countries of the GRDI have a diverse mix of small as well as large markets in the nine years history of the index. China ranks first, India; the third, followed by Brazil at sixth, and Russia at the tenth position. (Source: A.T. Kearney Study, 2010 GRDI)

The BRIC countries cover more than 25% of the worlds landscape and 40% of the worlds population. They are accountable for a combined GDP of 15.435 trillion dollars. Aspects that make this market dynamic are strong polarization of buyers, positive changes in their income level, changes in their shopping trends, and expectations of the middle, and upper middle class segments to wear branded, and global brands and many more.

Women make the most influencing factor of the apparel market. They not only choose their own clothes, but also take decision on the purchase of clothes for their husband and children. Increasing number of working women, growing number of nuclear families, and dual income in most of the house holds fuel the market for apparels in these countries.

Brazil constitutes the fifth largest apparel market in the world. Much of Brazil's apparel market is dominated by the domestic players giving very little room for the entry of multinationals. Only a handful of retailers such as Mango, Zara, mom-and-pop, C&A, and Miss Sixty are successfully established in the market.

Brazilians are very fond of shopping. Their shopping preferences are strongly dominated by their fashion sense influenced by the local celebrities. A survey done on Brazilian shoppers reveal that almost 80% of them shop frequently. Their focus of purchase is mainly to wear while going out with family and friends, whereas in India shopping is mainly done for occasions such as festivals and weddings. 8% of them wear similar type of clothing. Majority of the Brazilian consumers prefer local brands over foreign ones. They also agree with the fact of buying clothes on credit.

Retailers are prioritizing their development strategies by concentrative on the expansion attractiveness of emerging countries based on their political risk, retail market attractiveness, difference between the gross domestic product and the retail growth. Retail market for apparels is growing in Russia driven by higher income level, urbanization, and stronger middle class and infrastructure investments. Global retailers are expanding their brands through local partners across the region. 11% of the Russians wear similar clothing. Based on the unique characteristics of the local markets in the country, retail market is likely to witness sales growth than the previous years.

AT Kearney ranks India as the third attractive retail destination. Important periods for apparel shopping include festivals, and special events of their families such as weddings. Per capita income of the Indian consumer is lesser compared with the other BRIC countries. Size of the mens apparel market is comparatively larger than the womenswear market. Men also have significant influence in the purchasing decisions of the family.

13% of the Indians are habituated to wear similar clothing to work; wedding, formal parties etc. 50% of them have the opinion that international brands are more superior in quality. Unlike a consumer from UK or US, apparel shopping is a family event for an Indian consumer. Almost 70% of the Indians prefer to go shopping along with their family members, and feel that it is the best way to spend time with their family.

China's apparel market is the third largest in the world, next to US and Japan. It is the fastest growing market of the BRIC countries. China's consumers prefer modern, and fashion shopping. More than 70% of Chinese apparel market is in modern formats. More than 40% of them wear similar clothing to work, wedding and other occasions. They have similar clothing tastes. Around 11% of the consumers prefer foreign brands. Though a common practice all over the world, Chinese consumers prefer to choose clothing based on their prices; more. 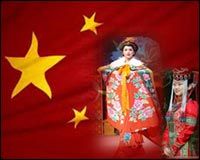 The behavior of China's adult and young population is different, significantly. Youngsters in the age group 15-25 comprising 15 million of the Chinese people forms the influencing population of the country with regards to apparel shopping. They are more brands savvy, have a strong fancy for foreign brands, and shop for it more over the local ones. They go for shopping more frequently than the adult population.

Targeting the young population is now the prime focus of the retailers. International players will have to face severe competition with the local garment makers as they have cost advantages over the former. Renowned brands are quickly replicated in the Chinese market attracting the attention of the people who would like to wear branded clothes, but could not afford them. Global players are now creating outlets offering low-cost and trendy apparels.

Apparel market in the BRIC countries transcends national and cultural boundaries following globalized trends and tastes. They represent good opportunities for retailers to establish their business, and also take benefits of the urbanized population. In the coming years these four countries will remain a priority market for many global retailers. In todays retail market, growth is not of expanding the business from developed into developing markets, but is about the retailers using their exceptional insights to foresee the countries that are likely to come in the global radar in the near future.