In a policy document outlining the EU's trade policy, strong concerns, even reservations against Chinese protectionism have been expressed. Will China pay need to this? Nobody can answer.

The cabinet of EU Trade Commissioner Karel De Gucht has brought out a document outlining the EU's trade policy, which can be deemed as a comprehensive roadmap for future EU policy. It indicates the Trade Commissioner's willingness to put his stamp on EU trade, relatively early into his tenure. The overall impact of the Commissioner's goals seem very concerned with mainland China's seemingly protectionist measures. Due to this, the Chinese mainland may encounter a certain degree of retaliation from the EU over the next few years and the trade document provides information on the issues that would prompt a strong EU response.

The trade document sets out a number of "important market access barriers" that allegedly persist in mainland China, "in standards and regulations, services, investment and public procurement, as well as insufficient enforcement of IPRs [intellectual property rights], an opaque standardisation system, burdensome certification procedures and industrial policy measures aimed at import substitution, forced transfers of technology and granting local producers preferential access to raw materials". The trade document states that the EU will challenge these measures bilaterally and at the WTO. 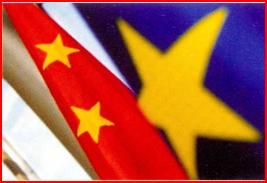 The Trade Commissioner is also concerned with mainland China's rare earths export policy, despite the recent assurances by the Government of China that it would not significantly reduce its export quotas in 2011. In speeches given after mainland China's reassurances, the EU Trade Commissioner still cited the rare earths embargo as a cause for concern, and added it to the list of reasons why the EU should properly enforce its trading policy and (if necessary) retaliate.

Despite the threat of retaliation in trade by the EU, a WTO report on subsidies and countervailing investigations indicates that these have declined globally between 1 July 2009 and 30 June 2010. There have been 24 countervailing investigations by WTO members in the period considered, compared to 36 in the previous year. However, it is interesting to note that the EU has launched a large number of these investigations, eight to be precise. The WTO report also lists 20 new safeguard investigations, which is less than the 37 initiated by WTO members in the previous year.