After all the perplexity of soaring yarn prices, and a resulting decline in the apparel exports, Indian apparel exporters are now feeling optimistic. Did the export capping on cotton yarn really help the domestic apparel makers? Whats in store for 2011?

Indian apparel sector was under the pressure of rising prices of cotton yarn for quite some time. During the past three months yarn prices have increased by 40%. This has resulted in an increase in the price apparels which trigged an adverse decline in apparel exports incessantly for the past 7-10 months. After months of ordeal, now apparel manufacturers have a reason to cheer up.

EU and US make a major market for India's apparel exports accounting for an 80% share. Soaring prices of cotton yarn have caused a drastic fall in the apparel exports. The hike in garment costs has made the international buyers to seek options in the neighboring countries of Vietnam and Bangladesh, as they proved to be cost effective. 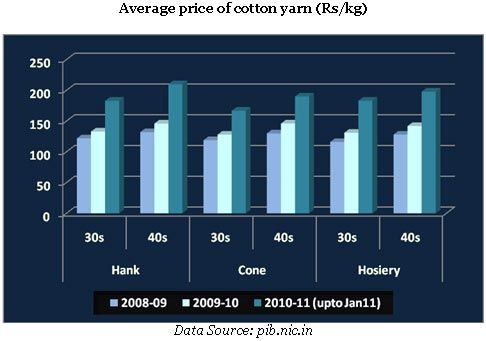 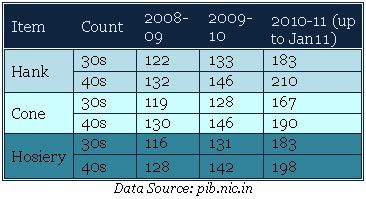 Industry analysts predicted that higher fabric costs would cause a further decline by 3% bringing the exports down to USD 10200 million during 2010-11. Garment industry provides livelihood for more than 7 million people in India. As, more than 50% of the garments are exported, the sector was severely affected due to the price hike of cotton yarn and apparels. 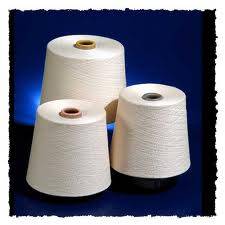 Apparel industry is seeing silver linings since December 2010. After months of decline from May till November 2010, apparel sector is currently in the recovery path. As per the data released by AEPC, after December 2010, there is an increase in the exports up to 40% with apparel exports touching 1 billion USD. This is a positive indication compared with the November figures which were 7.10 million USD. Apparel exports for three months ending December 2010 were 2,438 million USD, which is higher when compared with the corresponding period of the previous year; 2009-10, which were 2,398 million USD.

AEPC is optimistic that the export figures will reach 11 billion USD for 2011. Based on the stability of raw materials, the council also predicts a further growth of 10%. Textile retailing which is currently estimated to be around

3, 15,000 crore is predicted by industry key players to witness a drastic growth and reach

9, 90,000 crore by 2020. With many manufacturers changing their raw material source from cotton yarn to polyester, demand, and price is likely to decrease. Economic analysts feel that prices of cotton yarn will not increase after one or two months.

The CEPA agreement (Comprehensive Economic Partnership Agreement) signed with Japan for USD 5 trillion GDP is positively expected to boost the growth of the knitwear sector exports. This is one of the biggest agreements ever signed by India.

Nothing in this world is an unmixed blessing, and so is the apparel sector. Though cotton prices are under control, an increase in the near future is expected. In Tamil Nadu, which is regarded as a textile hub, court has ordered for the closure of some dying units. This is likely to affect the performance of the knitwear industry, earn the dissatisfaction of foreign buyers, and delay in pending contracts causing a deterioration of goodwill for apparel exporters. Soaring prices of raw cotton, and a resulting increase in the prices of cotton yarn had forced some industry players to show down their operations, resulting in a job loss for many. 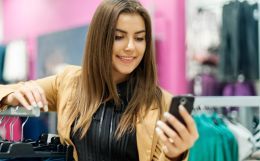 China comes under the global radar of nylon fibre market 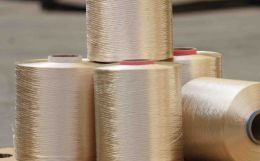