A worst nightmare has become a reality. Japan is facing the worst crisis in the past 65 years. The twin disasters that struck Japan, has damaged its trade activities along with the country and thousands of lives as well. Apart from physical hurt, it would also cause an economic depression in the country. Ports and airports are closed, and damaged roads also impact logistics, and transport. This is likely to deteriorate Japan's trade activities and other financial markets across the globe.

The country's economic loss is estimated to be around $170 billion. Japan is a major importer of Chinese silk. The devastating earthquake, followed by the tsunami is bound to decrease the silk imports from China. The chemical industry of Japan has received a severe blow, which would recover without any doubt, but will be time consuming. 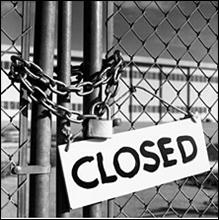 A number of facilities in Japan have shut down their operation following the massive twin crisis. Asian market is likely to be most affected by loss of exports from Japan, as the latter is the key supplier of advanced components to Asian countries. Japan is a major supplier of ethylene, paraxylene, and styrene monomer to South Korea and China. China depends on Japan for 13% of its imports. Market for petrochemicals is expected to tighten particularly for propylene and acrylonitrile. Some specialty chemicals would get an indirect impact if Japans nuclear outages influence natural gas prices outside the US. ICIS reports Huatai United Securities saying, "The earthquake in Japan will tighten the global petrochemical supply and push up prices as Japan is an important petrochemical producer in the world." The bilateral trade between Japan, and India was $10.2 million during 2009-10. The current situation of Japan makes its recovery complicated, and time consuming. Apparel and carpet exports will see some decline, while imports will be a major hit as Japan is a major exporter for India. Apparel exports from the India to Japan are predicted to see a loss of 50 crore in the next three months. The Financial Chronicle reports Ajay Dua, former industry secretary saying, "Japan needs to spend huge money on reconstruction. It has a public debt to the order of 180 per cent of its GDP and hence, there will be a shift from consumer spending to rehabilitation over next six-eight months."

While some people feel that it is too early to comment on the extent of trade decline, few others believe the impact would be there, but only minimal. Risks of disruption will be present along with a potential impact on the markets; worldwide. This implies, that trade activities from and with Japan would probably be lower during the first quarter of the year, and see a slow recovery in the later part.