Ecology Comes at a Cost 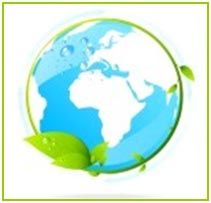 There has been considerable keenness for maintaining ecology, particularly when the consumers around the world are getting more particular on this issue. There is another reason to it. As production costs rise and environmental regulations tighten worldwide, manufacturers in the clothing and textile industry are looking for ways of dealing with their production waste as economically as possible. That, however, can never mean simply choosing the cheapest option.

The recent court order to close down the dyeing units in Tirupur has led to a serious set-back to the garment production in this biggest hub of garment manufacturing in South India. The problem is not limited only to Tirupur, but covers emerging market players such as India and China, which face the same challenge, with pressures coming from domestic concerns about environmental problems, as well as the need to defend export reputations.

Effluents from processing tops the list of concerns. In India, for example, textile exports amount to around 13.5% of the country's total exports and its mills consume vast quantities of water. Dr Subrata Das, a textile technology specialist who heads Consumer Testing Laboratories (India) Ltd of Bangalore, says chemical processing of textiles during production generates about 70% of textile processing waste

Obviously, cleaning waste water for industrial re-use is a key goal here, but there are problems. Highly concentrated waste dye-bath water cannot be passed through standard reverse osmosis membrane filtering systems used to recycle water within industrial systems. So, it has to be combined first with washed water and then cleaned up, but how? Conventional biological means of treatment do not work because of the presence of toxic heavy metals from the processing, which kills off useful bacteria. What is more, most dyes in current use are still non-biodegradable.

One of the methods being tested out in major clothing manufacturing centre Tirupur, Tamil Nadu, to clean contaminated water before discharge to the environment is through a system using UV-ozonation. This breaks down heavy metals' molecular structure through the use of ultra-violet rays and makes clean-up treatment more effective as well as more economical. There is no one solution to handling textile waste water. Dennis Hunter, a chartered environmentalist and Chairman of Cambridge, UK-based environmental engineering specialists EEC Europe Ltd, explains: "The cleaning process depends on the way that the water has been used. Not every plant uses the same chemicals, for example. So, there are many steps involved."

That means screening for fluff and particles, skimming off oil and solvents where these have been used, mixing and homogenising the waste water so that treatment micro-organisms can work more effectively to clean it up and then neutralising it to take out excess acid. Even then, it may need to be de-inked, using oxidation or other methods to remove the remaining colour left by dye traces. However, if treated to this degree, the company then has water it can use again."

For waste treatment generally, mechanical biological treatment has some advantages, said the UK's Chartered Institution of Water and Environmental Management (CIWEM). But, CIWEM says, there are costs in terms of energy, and there may not be ready markets for some of the resulting products, such as refuse-derived fuel or soil conditioners. Nevertheless, researchers Vinod Garg, Renuka Gupta and Priya Kaushik at India's Guru Jambheshwar University of Science and Technology, in Haryana, near New Delhi, have noted that the earthworm species E foetida will produce compost from the solid industrial sludge produced by the textile industry, if combined with animal dung and urine collected from local farms. There's no accounting for taste...especially when it comes to earthworms.

However, there are reasonable opportunities for recycling the waste materials. Not all waste 'arisings' - as the term is - are as difficult to recycle, however. The inevitable waste snippets of cloth from cloth manufacturing are generally mixed in with post-consumer scrap textiles for recycling. This can be significant in countries that recycle seriously. The US, for example, has seen the amount of textiles recycled grow from 2.8% of total production in 1960 to 15.3% of an estimated 10.6m tons of textiles produced, by 2005. The Italian cleaning cloth manufacturer Orlandi SpA announced in 2006 that it had found a simple and economical way to produce non-woven cleaning cloths using largely recycled material. Jimtex Yarns of Georgia, USA - a division of Martex Fiber Southern Corp - produces yarn mainly from recycled cotton and claims considerable environmental savings by using no further dyeing or pesticides. "Our goal is to maintain large inventories of fashion colours that have a unique appearance when compared with traditional package dyes," a company communiqu said. Its colour range includes solid colour, heathers and marls

While recycling is good, waste minimisation is even better. The South Korean Government commissioned its National Cleaner Production Centre to carry out an audit of the Wowcom Corp, a South Korean textile dyeing company, to see where improvements could be made. As a result, the company began to reuse its cooling water for wool scouring. It installed an insulation unit on a steam pipe that had been losing heat, and installed an automatic unit to its steam supply when the anti-felting machine is on standby. One problem was a lack of liquid flow management. Once a flow detector was installed, it reduced wastewater generation. Overall, the company cut its wastewater generation by 12% in six months.

Meanwhile, the EU has been focusing on waste minimisation for the textile industry too. Its most recent major study was the RESITEX project, which ran from 2005 to 2007 under the LIFE05 environmental programme. Its researchers have visited a number of textile manufacturers to assess whether companies involved in RESITEX ended up heeding its advice and were using EU-approved methods of waste control.

Although the study found that 82% of the reduction technologies covered in the projects were totally or partly in use at the companies involved, there was to date no take-up of a couple of promising new treatments to reduce the chemical load on the waste stream. One is the use of enzymes instead of traditional alkaline scouring treatment. The other is to opt for formaldehyde-free or low-formaldehyde treatments for easy-care fabrics. Neither were the companies reusing glycol in the production of polyester and polyamide textiles; nor were they recovering and reusing anhydrous grease from raw wool scour through decantation equipment and hydro-extractors.

Another case, on the issue, is the experience of Sri Lanka. One of JAAF's current selling points is Sri Lanka's positioning as a sustainable producer. Each of the major groups have invested in green eco-factories with the backing of leading Western retailers like Marks and Spencer. These facilities use half the water and energy of normal factories, with Sri Lanka's monsoon climate permitting systems like solar powered lighting, harvested rain water systems and 'evaporative cooling'. Ashroff Omar, CEO of Brandix, Sri Lanka says elements of the eco-factories are being rolled out across the entire Brandix Lanka group too, including offices.

It would, thus, be seen that there are solutions available, but some industries and even countries will take longer than others to become mainstream. This is, however, a good beginning and an undertaking well begun, is half done already; hoping for the other half to be accelerated.