What Would Indians Prefer Gold and Silver or Diamond and Platinum

Jewelry has been rooted deep down in our tradition. Indians make use of jewelry to adorn their bodies whenever they can. Many Indians wear heavy jewelry and accessories in normal, day to day life, as well; leave alone any social gathering or function!

Gold and silver has played a major role in Indian households from the very beginning. This precious metal has been labeled 'auspicious' in the country. It is worshipped in many cultures in India. It is supposed to bring prosperity and luck to its wearer. 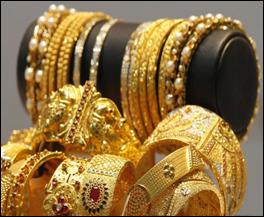 The case is not the same with the world market, though! Other precious metals like diamond and platinum are given more weight. Platinum costs more than gold as it is a rarer metal. Diamonds of various types and prices are available in the market. Platinum and diamond jewelry hold more popularity and value in the world market.

In India, the price of platinum and certain diamonds are way higher than gold and silver. Still, gold and silver are sought after. This is because it is considered a safer investment. Its demand is always higher than its supply in India. Speculations are hardly negative.

On the other hand, platinum though a rarer metal than gold is not considered as trustworthy in India. Its prices are higher as compared to gold in India, and it is an equally good investment. People who understand its value also hesitate from its purchase. It is mainly used for industrial purposes.

Diamonds, though relied upon more than platinum, do not enjoy the same position in India as it does in western countries. They say that diamonds are a girls best friend. But Indian girls would rather bestow that honor upon gold and silver than diamonds. 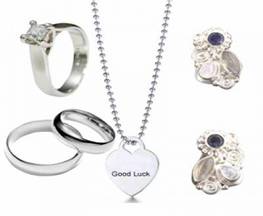 People can easily make out gold or silver jewelry from the crowd. But this is not the case with platinum or diamond. Diamonds can be easily mistaken for glass and platinum for silver. The desired impression cannot be created even though people are paying a higher price for these precious metals.

It is observed that people end up paying heavily for platinum, as platinum entails higher making charges. It is a tougher metal. Making jewelry out of the metal is a hard task. Similarly, cutting, polishing, and finishing a diamond is a difficult task.

Comparatively, making charges for gold and silver is lesser. Generally, 3% to 11% of the overall gold present is charged as its making charge, 3% to 14% is charged as wastage charge, and a certain other as tax. It is easy to determine the price of the jewelry from the amount of gold it contains.

The use of platinum and diamond is only limited to urban areas in India, especially to the metro cities. It can be said that this is an emerging means of investment in India. Its market covers mostly the young, thriving generation.

Sanjeev Agarwal, CEO, Gitanjali Export Corporations Ltd, says, "The consumption of diamond studded gold jewelry has increased in comparison to pure gold jewelry. People are gradually turning to the use of diamond and platinum because of increasing prices of gold and silver."

In the near future, the scenarios may change. The unusual price rise in gold is because of the weakening of the US and European economy. Once the economies of these countries stabilize, gold prices will stabilize. Since prices for silver are dependent on gold, they will stabilize along with the same.

Diamond, on the other hand, may see a rise in prices. This is because they will see a lot of demand in the near future. Platinum prices have largely remained constant in the country. They will continue to remain constant.