Union Budget, one of the most imperative economic events in India, with its declarations for 2012-13, is still creating ripples in the Indian textile sector.

India, is a country where several factors depend on Government plans, and policies; directly, or indirectly. Hence, the budget affects policy decisions, and operations of many companies. Despite all predictions, and expectations, Budget never fails to surprise industry players, investors, and analysts; alike. 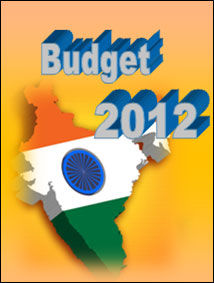 S K Khandelia, President, Indian Spinners' Association from Mumbai states that duty discrimination on manmade fibres is the major issue which the MMF Spinning Industry is confronting today. In an exclusive interaction with Fibre2Fashion he states, "The Budget 2012-13 is disappointing for Textile Industry, particularly for Manmade Fibre (MMF) Spinners. Industry's demand to reduce mandatory Excise Duty on Man Made Fibres from 10% to 5% and abolition of 5% Custom Duty and 4% Special Additional Duty (SAD) on MMF was not acceded to. Draft National Fibre Policy supports neutral duties so as to stop discrimination between different fibres."

The President further points out the contribution of synthetic fibres in the global textile market. "Reduction in Excise Duty and Custom Duty is necessary for the growth of Synthetic Textile Industry in India. It is pertinent to mention that while the share of synthetic is more than 60% in world textile consumption; the same is only 35-40% in India. There will be limitation on production of cotton going forward due to scarcity of land and water and therefore synthetics will have to be promoted. This is possible only if this duty discrimination is stopped and duty on Man Made Fibre is reduced."

Views of Mr Sudhir Dhingra of Orient Craft also support the same. He says, "To be honest, I did not find anything exciting in the budget. The excise duty has been slightly reduced but VAT and Service Tax has been increased. " He also adds, "All in all, the budget was disappointing. I expected some big ticket changes so that the economy takes off. They could have done something to attract investments. FDI has not been encouraged."

Mr Mukund Chaudhary of Spentex Industries Ltd expressed his displeasure by saying, "There's not much for the textile industry. We had requested for the waiver of duty on branded apparels which has apparently not happened. It has only been reduced to 3.6% in totality. We had also requested for abolishment of excise duty on man-made fibre. But apparently it has gone up from 10% to 12%. Apart from this, there was nothing else in the budget."

Mr Chaudhary also expresses his opinion regarding duty on manmade fibres. "We have been demanding parity in duty between man-made fibres and natural fibres, since a very long time. My only hope on the budget was for this point, which too has not been accepted. "

Economists have been reproving the budget for its fiscal deficit, and insufficient social programs. Manufacturers condemn insufficient subsidies. Amidst all opinion expressed, there are some positive and neutral views also. For the first time, all services are taxable, exempting those in the negative list. Though collection of duty is increased, it will minimize the fiscal deficit which is anti-inflationary. The 12% GST is also viewed by some critics as a stable rate for GST which is believed to be good for the industry.

Mr BK Patodia is CMD of GTN Textiles a division of the GTN Group feels the budget is neutral. He quotes, "On the whole, this is very neutral budget. It is also satisfactory in the sense that as far as our business of textiles is concerned, issues with regards to restructuring of debts, etc, have nothing to do with the budget."

The CMD further states, "The Finance Minister doesn't want to take any harsh steps to either reduce the deficit or to mop up more by way of taxes. Basically it is a very safe budget". He also puts across his expectations from the government. "Basically what we are asking is that restructuring should be done without the loans being declared as non-performing asset (NPA). If that happens, the bank that is restructuring the debt will have to make full provisioning in their books. "

Mr. Kewalchand Jain, CMD, Kewal Kiran Clothing Limited says, "Various industry bodies including Clothing Manufacturers of Association of India (CMAI) had strongly represented that post excise during last year volumes have shrunk and industry would be in precarious position if excise duty on branded apparels is not reduced."

He further appreciates the increase in abatement saying, "The Finance ministry has shown positive mind set and partially reduced excise duty by increasing abatement from 55% of MRP to 70% of MRP. This has effectively reduced excise duty from 4.635 %of MRP to 3.708% of MRP giving a meager saving of 0.927% of MRP against our expectation of categorizing branded apparels under 1% Category. We solicit government to consider and classify branded apparels under 1% category and become growth partner."

The budget does have its limitations beyond which it cannot allot. So, along with the protests, positive points of the budget should also be considered to make the assessment fair.