Home / Knowledge / Article / Apparel / Appearance Management through Clothing : Why and How.?

Appearance Management through Clothing : Why and How.?

It is a cultural universal that people clothe, adorn, shape, and decorate their bodies to create an appearance to present to others. There is impressive evidence that physical appearance cues have an impact on attributions of specific traits such as : intelligence , dependability , industriousness , honesty , friendliness , neatness , religiosity and conventionality ( Hamid , 1972 ). In many situations, a person's appearance strongly influences other's perceptions of him/her, and this phenomenon is necessarily repetitive with each new encounter. The individuals who appear more pleasing to others are thought to have more desirable personalities (Kleck and Rubenstein , 1975 ) , to get better grades in school ( Hill and Lando , 1976 ) , to marry mates with more potential ( Murstein , 1972), to be better adjusted and happier ( Murstein and Christy , 1974 ). An attractive appearance has important social consequences, especially for women, due to greater social pressure placed upon them and the influence it has on their body images (Cooper, Anastasiades , & Fairburn , 1992).

Emphasis on the importance of physical attractiveness as a means of conveying desirable information has led people to manipulate their appearances through the use of cosmetics, plastic surgery, weight reduction, hair dressing, ornaments, accessories, and clothing in order to attain at least an approximation of attractive physical appearances. Rudd and Lennon proposed a model to "explain individual response to the cultural aesthetic ideal as it relates to appearance "(1994, p 163). The model assumes that the primary appearance ideal of any culture is internalized as the aesthetic standard, which people use to create their appearances and with which people compare their created appearances. Social comparison processes figure centrally in the model because they are involved in self- and other evaluations.

Self-esteem is maintained or elevated when self-evaluations or evaluations from others (that is family members, peers, significant others and messages from the media) indicate that one's appearance closely approximates the appearance ideal. Such evaluations also contribute to positive social and personal identity. However, when self- or others' evaluations of appearance are negative, the individual is motivated to engage in one of several coping strategies that involve creating and re-creating one's appearance to more closely approximate the aesthetic ideal. Women engage in a variety of appearance-management behaviors to construct and maintain an attractive appearance. (Rudd and Lennon, 1994).

Individuals construct and interpret images through processes of appearance management (Kaiser, 1997). Appearance is an extremely important part of the self-concept, and therefore of body image. Appearance management includes not only the process of thinking about how one looks, but also carrying out any activities pertaining to the way one looks. According to Kaiser (1997), any activities and thoughts that lead to the purchase and wearing of clothing, as well as body modification processes such as dieting and exercising, are considered part of appearance management.

Rudd and Lennon (1994) note that behaviors associated with appearance management include dieting, exercising, weight training, cosmetic use, and selection of apparel to enhance ones appearance.

Women are socialized to pay more attention to appearance than men (Kaiser, 1997). Therefore, women are more aware of the manipulative potential of appearance than are men. Clothing can be used to create a favorable public image and influence the perceptions of others. By modifying the body through weight loss and changing ones appearance through the use of clothing, an individual can change the perceptions of others so that they become more favorable. More favorable evaluations by others can lead to an increased self-concept. Appearance is one of the most prominent ways to display and reinforce self-concept.

Interest in appearance is multifaceted and may reflect characteristics central to self-definition through extensive time, energy and resources expended on appearance (Kaiser, 1997). In consumer research, it is argued that the social self is achieved through the purchase and use of products that portray an image consistent with (or a compromise between) the consumers actual and/or ideal self-concept (Sproles & Burns, 1994). 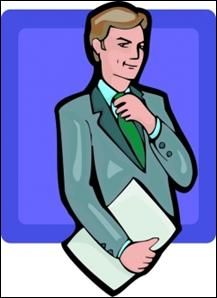 Women who are dissatisfied with their body may buy and wear clothing that camouflage certain body parts or emphasize other body parts, both of which may help to bring the perceived body image more in line with the ideal body image. Dieting may also be used as a tool to help bring the perceived body image closer to the ideal. By spending time and money on dieting and exercising, women believe that they can improve their appearance and, as a result, feel better about themselves, thereby improving their self-concept. As evidenced by the increase in time and money spent on dieting and exercising behavior, appearance is an extremely important part of ones self-concept. It is believed that through personal appearance (in this case specifically through appearance management and clothing behavior), an individual presents personal identity, attitudes, moods, and value or self worth. Bloch and Richins (1992) suggested that the use of products to enhance appearance, such as cosmetics, hair coloring or clothing, may be a means of increasing self-esteem. Differences in self-esteem may translate into differences in AM behaviors.