By: Sutanuka Ghosal
Published : May 2012 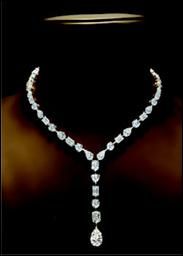 Fitch Ratings expects the Indian gems and jewellery industry to continue witnessing muted demand in 2012 with volume growth of below 4% for the overall segment.

The low volume growth may possibly be attributed to a reduction in discretionary spending both in the export and domestic markets.

However, a lean cost structure adopted by companies in the sector and limited further downside of macroeconomic factors impacting jewellery demand are likely to limit further deterioration in operating margins experienced in 2009.

While short-term risks in the global economy have fallen, the continuation of household balance sheet deleveraging (particularly in the US) and a focus on savings are likely to limit discretionary spending.

Demand from traditional export markets (the US, Hong Kong, UAE) has improved from 2009 levels, given relative improvement in their economic activity from the 2008-2009 crisis period. While volume growth has been lower than that observed pre-crisis, demand (in volume terms) in 2012 is unlikely to fall below 2011 levels.

Relief may, in any case, be available from the increasing demand from Russia, China and East Asian nations. As such, exports, which constitute around 85% of the sales of organized companies in this sector, are likely to remain flat in volume terms.

The Indian households' jewellery purchases depend largely upon discretionary spending power which is affected by a reduction in the savings rate driven by high consumer price inflation and muted wage growth.

Additionally, the emergence of alternate investment options such as gold exchange traded funds, gold coins and bullion may structurally reduce demand for gold jewellery as an investment option.

Thus, business risk facing this sector is likely to increase and may be reflected by a higher volatility of revenue and margins, in line with the business cycle.

For the majority of the export-oriented companies, operating margins (not considering other income) had fallen in the range of 3.5 to 2.0 percentage points during the 2009 crisis and have stabilized at around the same level.

Fitch expects operating margins to remain stable in the short to medium term as the companies have been able to contain a significant reduction in margins through stringent cost control measures. The companies have also adopted a cautious approach for inventory stocking which has helped maintain margins, particularly given the instances of inventory write-offs in 2009-2010.

However, companies in this sector also face risks from other income such as opportunistic trading activity, which may be unrelated to the core jewellery manufacturing function. While in good times, such trading functions may have added significantly to company profits; however; in the past; they have also resulted in instances of losses and higher-than-average inventory write-offs.

As such, companies whose other income's contribution is above 20% of profit before tax and which have low operating margins would be very significantly affected in a scenario of rising forward Libor rates and simultaneously falling fixed-deposit rates.

However, Fitch believes that an oil price shock (around USD150 per barrel) would adversely affect the economic activity both domestically and globally. In such a scenario, a demand reduction will cause credit profiles to deteriorate.