Reclaiming the Substance of Clothing : The Surreal Spectacle of Lady Gaga 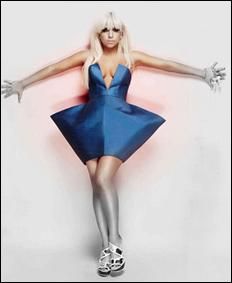 This paper is motivated by the spectacular appearances of Lady Gaga, and the frequent misconception of her as a split personality and artificial copycat. The aim of the paper is to explore the difference between fashion as image and fashion as embodied experience, in an attempt to reclaim the substance of clothing. Although reclaiming the substance of clothing through an analysis of spectacular appearances may seem like a contradiction, it is possible by combining practical experience with philosophical considerations of clothes in conjunction with the act of dressing. Adapting a phenomenological perspective enables us to consider clothes as objects and their significance to human life. Through Surrealism's original engagement with fashion, we come to understand fashion and its instruments as the correlation between objects of the mind and the real world. Through a philosophical notion of the depth of life revealed in the spectacle, it all comes together, as I argue that Lady Gaga, through her engagement with clothes reclaims the substance of clothing.

It is often said that fashion is a superficial pursuit of the vain. As if being conscious about ones appearance is a one-dimensional and shallow affair. I argue that there is nothing superficial about fashion itself, but that one can choose to have a superficial engagement with fashion.