An Overview of the Market for POS Software

Man is continuously making progress. Today, he is much more comfortable and secured as compared to his forefathers. His life has become more predictable. The main reason behind is the advancement in technology. Various mechanisms make man's life easy and relaxing on the Earth. Software applications have especially touched the common man. Tasks that once required human intelligence can now be accomplished without it!

Point of Sale (POS) is one such software application that has attained immense popularity among the retail store owners. Apparel retail industry was worth $1025.9 billion in 2008. It is expected to reach $1184.1 billion by 2013. It comprises of big, small, and medium sized apparel stores. Big and medium sized retail stores are using this application without fail. Small time store owners are also shifting to its use, gradually.

POS software is installed at the very place the main transaction occurs at a retail store. It helps in billing and check out. It has remained popular ever since it was first made (in 1992). Surveys reveal that almost 57 percent of those who walk out of the retail store without buying do so because of long queues at the billing counter. The long queues at retail stores can be managed with the help of this software application.

There is no denial to the fact that these software applications provide an altogether different shopping experience to shoppers. The retail stores are cozier and less stressful for shoppers. Customers prefer high profile retail stores over vendors to escape the discomfort involved in street shopping. They expect a better standard of living and this is applicable all over the world. POS software ensures that such distresses vanish. 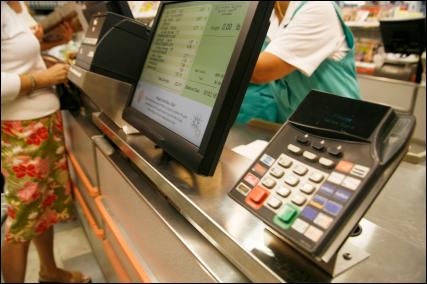 The total amount of money spent on POS systems was around $3.5 billion in the year 2000. This number is continuously increasing since then! Today, every well known apparel retailer will likely have it installed at the check out or billing counter. It helps to organize the entire retail business. It manages stock and inventory. Above all, it helps in systematically carrying out and documenting cash and card transactions.

This application is usually integrated with a lot of hardware devices. It contains a touch screen computer and monitor, a barcode scanner and receipt printer, and a debit card or credit card reader. It performs all those functions that the aforementioned hardware applications are capable of. Besides, modern POS software applications also help in managing inventory. It is a must in retail stores earning revenue above $7, 00,000.

Surveys indicate that transactions worth 28 billions are carried out in North America with the help of dial-up POS software. Transactions worth many more billions are also carried out in Europe, Middle East, and Africa with its help. Retailers use it because it helps in organizing the business. It presents all the data relating to the apparel retail business systematically in an electronic format which helps in making better decisions.

Automation is faster than manual attempts, any day! Retailers realize that they need to accomplish a lot of tasks in the store in speed. This is especially true when the rush in the retail stores is more. They resort to the use of POS software in order to accomplish billing related work quickly and accurately. The market for POS software is expected to grow at a Compound Annual Growth Rate of 6.4 percent.

This application is installed at the check out of any retail store. It assists retail employees to collect payments with ease and with speed. Chances for fraudulent are minimized since this is a mechanism. Reports can also be generated on all the tasks completed by the application and sent to the concerned authorities at regular intervals of time. It is quickly capturing the electronic cash registers market. 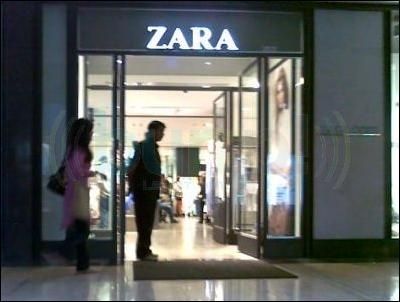 Manual errors become a forgotten chapter with the installation of this application. Sensitive departments like the billing counters need to maintain accuracy regarding matters of transactions and the incoming and outgoing cash. Zara, a leading apparel retail store based in Spain, is seriously considering the installation of a new POS software system in stores. Its existing application may not be able to cope up with its increasing number of transactions and enhanced inventory counting needs.

Marks and Spencer, a UK based retailer dealing in fashion and apparel, uses more than 16000 POS applications in its stores world wide. Retailers like Abercrombie and Fitch and JC Penny have also integrated PayPal mobile payment strategy to their POS software. This way they give their clients more options to make payments. Pantaloon India developed an in-house POS application for installation in all its stores.

POS software application, like other applications, has its limitations. It is susceptible to fraud. Walmart stores suffered a major cyber attack on its POS system in 2005 and 2006. Sensitive information about the shop and its customers were stolen. It included details like the ones on inventory and credit cards of the client. But this limitation can be overcome with the help of a little precaution and security advancements in the software.

The market for POS software system is expanding among retailers. Its use is no longer restricted to the retail stores in developed countries or multi national retail stores. Developing or emerging economies and their retail outlets are quickly adopting the use of this application at their billing counters. The shopping experience at a store with this application is different as compared to any other store with cash registers.