U.S. Trade Representative Ron Kirk has recently signalled that the United States is ready to begin discussions on further liberalising trade with the ten-member Association of Southeast Asian Nations. This announcement falls within a broader U.S. 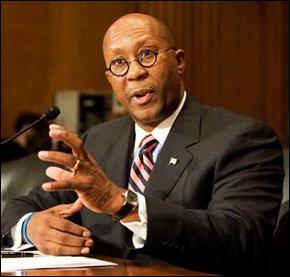 strategy that seeks to use an eventual Trans-Pacific Partnership Agreement as a stepping stone to an ambitious Free Trade Area of the Asia-Pacific, which Kirk described as "an achievement that would bring tremendous benefits to the countries in the region and the global economy. " The U.S. is particularly interested in launching discussions with ASEAN countries in areas of mutual interest with the goal of achieving "concrete outcomes" that "enhance efficiency, encourage innovation, and promote increased trade and development." Areas of possible co-operation that could potentially serve as building blocks for broader trade initiatives include trade facilitation, the digital economy and agribusiness. However, it appears that these would be stand-alone efforts and that, apart from the TPP, the U.S. does not intend to pursue additional bilateral or regional free trade agreements in the Asia-Pacific area in the near future.

The TPP process is expected to remain one of the main international trade priorities of the Obama administration for the foreseeable future as well as the principal U.S. trade objective in the Asia-Pacific region and possibly the Asian continent as a whole. The negotiations currently include Australia, Brunei Darussalam, Chile, Malaysia, New Zealand, Peru, Singapore, Vietnam and the United States, although countries like Canada, Japan, Mexico and Costa Rica have expressed interest in joining the discussions. The negotiations are proceeding at a steady pace but are unlikely to be finalised this year given the range of critical issues that still need to be addressed. Kirk suggested that striking a quick deal is not in and of itself a goal of the TPP talks; rather, the parties are seeking to develop a comprehensive agreement that generates substantial economic benefits and meets the high standards the parties originally set out to achieve.

Four of the ten ASEAN members - Brunei, Malaysia, Singapore and Vietnam - are part of the TPP process and the U.S. is seeking to involve most of the remaining countries in other trade liberalisation and trade facilitation initiatives. For example, Kirk highlighted U.S. efforts to promote trade with the Philippines through a bi-lateral customs and trade facilitation agreement that was signed in September 2011 as well as through work under the U.S.-Philippines Partnership for Growth to support transparent, effective and accountable governance. Kirk also noted that the U.S. is seeking to develop "new, mutually beneficial initiatives with Thailand," is encouraged with the progress toward democratic transformation in Burma (Myanmar), and looks forward to Laos accession to the WTO.

These efforts embody the U.S. view that the TPP process cannot serve as the only means for a diverse array of Asia-Pacific economies to enhance regional trade and investment and that APEC, ASEAN and other regional economic institutions should serve as complementary platforms in pursuit of these goals. Kirk stated that the U.S. is working with APEC 2012 host Russia and other partners to build on the significant and concrete results produced by APEC leaders last November in Hawaii. Specifically, the parties are seeking to complete the next stage in APEC's groundbreaking work on environmental goods and services liberalisation; further advance a non-discriminatory, market-driven model to promote innovation; improve supply chain performance; and align regulations among APEC economies and improve opportunities for stakeholders to provide input into policymaking throughout the region. As regards ASEAN, Kirk explained how the U.S.-ASEAN Trade and Investment Framework Agreement has served to deepen bi-lateral relations and support ASEAN integration, including ASEAN's goal of becoming a single economic community by 2015.

Kirk added that the U.S. remains "firmly committed to the precept that trade liberalization at the multilateral level holds the highest potential for securing wide-ranging market-opening outcomes while at the same time advancing trade as an economic engine for global development. "However, because the Doha Round is "at an impasse," the U.S. is seeking to work with "like-minded countries" to "focus on new pathways for more productive, trade liberalising work within the WTO." These include negotiating a new pluri-lateral agreement to open up trade in services.

To conclude, Kirk underscored the importance of mainland China to regional trade liberalisation efforts, noting that "the United States sees China as an integral participant in the development of a regional economy that serves to strengthen the global trading system." Kirk added that mainland Chinas impressive growth since it joined the WTO a decade ago has brought major benefits to the Asia-Pacific region and to the global economy as a whole and reiterated the importance of "ensuring that China can be a source of stability and help to underwrite international norms and codes of conduct." Kirk also indicated that the U.S. will explore various market access issues and the evolution of the role of the mainland Chinese government and its relationship to markets and the private sector at the Joint Committee on Commerce and Trade, the Strategy and Economic Dialogue and other similar collaborative forums.