The Traditions of Culture Decoration & Creativity

Oftenthe influences, whether immediate or long-term, on the direction that acreative person takes in their work can seem less obvious than it firstappears. Observational investigation, initial influences and source materialare all used in tandem with casual and secondary inspiration, anything from apiece of music, a landscape or a an idle thought. These are all part of theprocess of creativity and although immediate personal surroundings do have apowerful influence on the creative mind, they are not always the most immediateor indeed influential.

A good example is the use of childhood memories. Many artists and designers across the generations have been initially drawn towards large urban landscapes. After all, this was usually where the commercial and artistic heart of a nation or region was situated. Many of the European cities in the latter half of the nineteenth and early twentieth centuries were cosmopolitan centres and no more so than the Central European city of Vienna. Vienna drew individuals from all corners of the multi-ethnic Austro-Hungarian Empire so that the population ranged from Bohemians, to Poles, Italians to Bosnians. All of these individuals, although wanting to make a success in the capital for a number of different reasons, also brought their unique ethnicity to Vienna, producing a complexity to the capital that although not always appreciated by the native German speaking population, was to highlight a sense of internationalism, at least within the context of Central Europe. This also had a profound effect on the decorative arts produced by Vienna during this period. 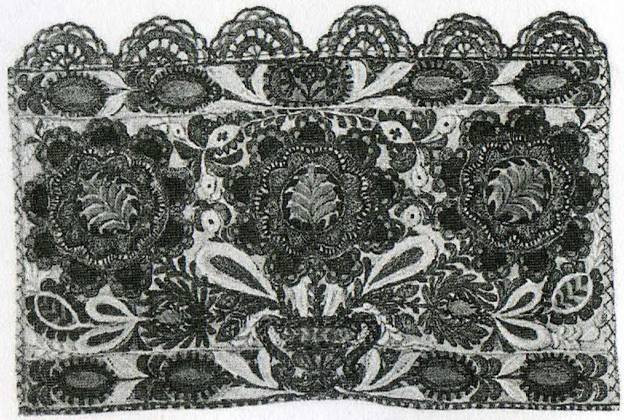 If we look at the early years of the Wiener Werkstatte for example, we can see that although firmly part of the Viennese sophisticated urban landscape, the Werkstatte also maintained a number of influences from outside that immediate framework. A relatively large proportion of the designers and artists that worked for the Werkstatte actually didn't originate in Vienna at all, but came from different regions around the Empire. Josef Hoffmann, one of the main driving forces behind the Werkstatte, grew up in Moravia, part of the modern day Czech Republic.

Although being an ethnic German himself, Hoffmann was well aware that he was a minority living within the traditions of a Slav culture. He was also aware that the craft and decorative traditions of Moravia were part of his background and therefore also part of his creative inspiration when it came to his own work. More intriguingly he was also aware that the use of his initial childhood background and memories were capable of lasting his creative lifetime, at least in some form. 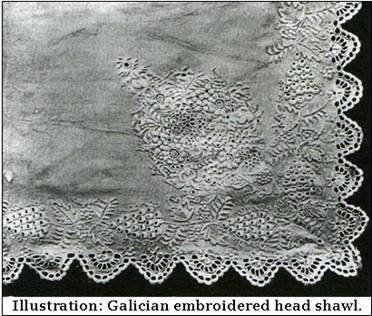 It is important to reflect that childhood memories can be some of the most powerful that we will ever come across. Many are much clearer and more concise than later adult memories. A creative person may well use some of these most potent influences on their psyche, all the way through their creative life. The fact that they may well be mixed with thoughts, ideas and influences of the contemporary landscape that they find around themselves does not negate the powerful influence that these memories hold. In that respect it is interesting to think that various traditions can seep into contemporary art and design work without even being noticed, at least consciously.

The five illustrations that make up this article are all example of traditional textile craftwork from various ethnic regions of the old Austro-Hungarian Empire. They by no means cover all the diverse regions of a complex and multi-layered empire, but they do give an indication of some of the decorative ideas that artists and designers of the Wiener Werkstatte might well have brought with them when moving to Vienna. 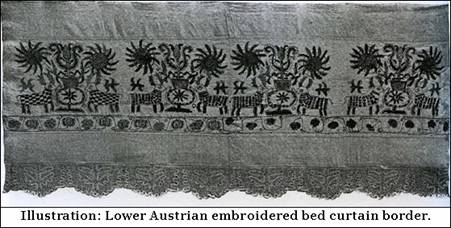 These unique regional styles and attitudes towards craft and decoration could well have been used to reflect at least a modicum of the contemporary work produced by the Werkstatte during the early years of the twentieth century. It is intriguing to think that the contemporary is somehow beholden to the traditional, even if only in a small and semi-conscious manner. 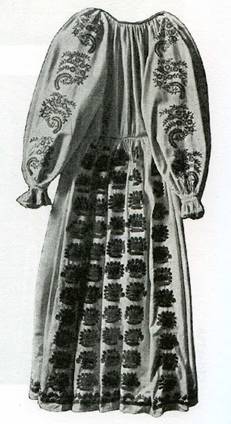 Although it is often thought by a number of critics that an artist, designer or craftsperson should be seen as a unique creative individual divorced from the petty limitations of their regional and ethnic background, this is very often far from the truth. The complexity of an individual is made up of family, community, social and cultural backgrounds that are part of the weave of that individual. It can often influence the work produced by a creative person. So, no matter if an artist, designer, or crafts person lives in New York, Moscow or Sydney, it is not just a matter of the contemporary landscape that is a factor, but so much more. Even if an individual escapes to the big city to immerse themselves in the complexity, ethnicity and often anonymity of a large urban centre, they will always have with them the elements of their background, traditions, social and cultural factors in which they were born and raised. This they may well decide to reject consciously, whether the unconscious decides to influence their creativity regardless, is an intriguing conjecture.

This article was originally published in "Design, Decoration, Craft"

By:
John Hopper
Published: Jul 2012
Reuse this Content
Our Clientele