Although traditional Hungarian embroidery work was usually known for its strong use of colour which was often reflected in the pattern work, the craft could also appear in much more muted tones. Single coloured threads, although perhaps not as widely used as the more vivid variety, did go to make up at least an element of national and regional costume throughout Hungary.

White work for example, could be used fairly extensively in costume and very effectively so. It was particularly impressive when placed against a strong contrasting background. The five women's caps shown in this article for example, were all produced using white cotton thread on a deep black silk background. The pattern work itself is relatively complex, some of which takes the form of traditional and repeatable motifs, while others are less pattern driven and more composed. However, much of the work does closely reflect the floral aspect of so much of Hungarian embroidery and in that respect these embroidered cap bands do not diverge far from the norm.

The caps themselves with their specific white embroidery were usually worn by older women as a signifier, not so much of their age, but of their experience and social standing within a community. Bright colours, while not exclusively limited to the young, became more muted the older the individual became. It would be interesting to understand why this should be so and whether the connection between colour tone and age had any symbolic meaning.

However, it must be understood that many traditional communities, both in Europe and world wide, had a generally positive stance when it came to the passage of time. This was a period where aging was considered a positive development and older members of the community were given a reinforced status, often through the application of an added element to costume. It is interesting to note that as far as embroidered caps in Hungary are concerned, the older the woman became the smaller the stitch and the narrower the band of embroidery on her cap. Rather than trying to hide her age from the community, the passage of years was considered a positive and significant achievement in the development of the individual. 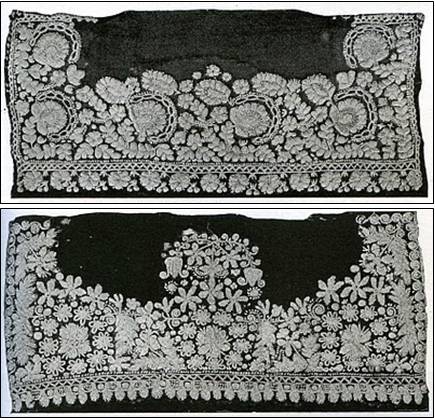 This status awarded to the passage of time is something perhaps we would be wise to consider in our own contemporary world. As we consistently push our older citizens towards the periphery of society, trivialising and largely ignoring their life experience, we risk losing their accumulated and extensive life skills. All generations are a vital element of communities and all have value and contributions to make towards those communities. By excessively and obsessively promoting youth over experience, we make the fundamental mistake of irrevocably cutting connections with aspects of ourselves and our future. Instead of allowing the natural possibility of experiencing a well rounded, multi-faceted and multi-aged community, we become instead one that is skewed towards only part of the life experience.

By examining traditional crafts and the cultures that produced them, it is not simply a matter of discussing the craft itself and dismissing the cultures that reflected the skill. Often the social aspects of historical design, decoration and craft are intimately tied up with the product and this can often in turn be reflected onto our own contemporary world. It is not simply a matter of dismissing either the traditional or the contemporary, but understanding what we have both gained and lost in the process of the journey from those traditional communities to that of our own, and indeed beyond. We are both a product of the past and the building blocks of the future.