Warm weather at the tail end of May boosted UK retail sales, according to the latest statistics by the British Retail Consortium (BRC) and KPMG. The figures showed UK retail sales values were up 1.3% on a like-for-like basis from May 2011. On a total basis, sales were up 3.4% against a 0.3% decline in May 2011. 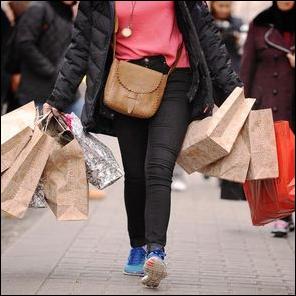 Miserable weather at the start of the month turned to glorious sunshine which boosted sales of food and drink, clothing and footwear to turn around what could have been a dismal May, the BRC said. Online sales of non-food items showed stronger growth, rising 12.4% against a 10.4% rise last year. "As the relentlessly difficult underlying conditions continue to make trading tough for retailers, any temporary boost is of even greater importance and retailers had plenty of reason to celebrate the eventual arrival of summer at the end of May," said BRC director general Stephen Robertson.

"Much of the month's positive performance can be attributed to spending in the final week when consumers responded enthusiastically to the sun coming out. It's likely the prolonged wet period helped create pent-up demand and people also felt more relaxed about their spending as the sun created a feel-good boost," Robertson added. "Small numbers of customers buying jeans and knitwear in the first weeks of May became many more people purchasing skirts, shorts and swimwear by the end of the month. Women's wear had its best growth this year."

KPMG head of retailer Helen Dickinson said retailers are also hoping the Jubilee celebrations will have helped to pull them out of the mire, but a "short-term patriotic spending spree will not overcome the underlying difficulties facing the industry - which remains under pressure from a combination of declining consumer confidence and squeezed incomes". She added that while no sector put in a star performance, but there was a focus on spending on children, with children's wear seeing a double-digit sales uplift.

Managing Director Neil Saunders said the numbers were "broadly positive", adding that the rise in sales would bring retailers "some much needed relief". "The better weather contributed, in large part, to the more positive performance with garden centres, summer clothing, and seasonal food items all beneficiaries. A pre-Jubilee boost at the end of May, when footfall rose strongly, will also have contributed to the uplift," he said. However, he added that much of the uplift could be attributed to latent demand from April, which saw much suppressed sales of spring and summer stock, especially in clothing. 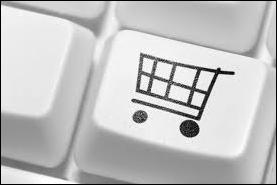 "As such, it is unlikely that May represents a sustainable resurgence of consumer spending; indeed, May's numbers do not completely reverse the weakness of April," Saunders said. His sentiment was echoed by Shore Capital analyst Clive Black, who described the figures as "far from stellar in momentum to our minds".  "Whilst it appears that sales in May benefited from clement weather, following a bit of a wash-out across much of the UK corresponding with the Diamond Jubilee celebrations and with gales forecast this week across much of the country, meteorological forces cannot be guaranteed to drive apparel and food demand in particular," he added.