The world is never flat: Why hierarchy matters

Is it advisable to have a totally flat organisation with no differential treatment or extra perks or privileges given on the basis of seniority (except perhaps salary)? Would this motivate people more or cause dissatisfaction in the ranks?

The idea of a flat organisation where everyone is equal is a romantic idea, with its roots in the French Revolution, which demanded equality for all citizens, unlike the earlier feudal order where the King saw himself as a representative of God on earth and there was a hierarchy that determined identity as well as access to resources and privileges. The idea of equality is strong in Abrahamic religions.

Hence the greeting 'Shalom' in Judaism (from where comes the word 'salaam' we use in India) which means 'peace be with you' and not 'salute' as is popularly believed, for everyone is equal before God and man should bow to none other than God.

Equality is the reason why Muslims are encouraged to eat from the same plate, sitting together in a circle. But in nature, all things exist in hierarchy. The strongest, or the smartest, eats first and most. Since it is all about survival of the fittest, everyone is competing to be stronger or smarter, and hence all packs and herds have a pecking order. The biggest tree will take the most sunlight. A lion will not share its food with a hungry lioness. So, hierarchy is the natural, default state of beings. Equality is human design, a dream, an aspiration. 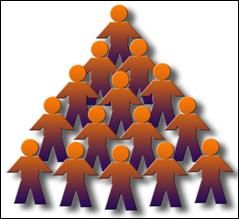 In Hindu mythology, Shiva does not care for organisational structure and hierarchy while Daksha Prajapati is obsessed with these ideals. The two are in conflict. But to be Shiva, one has to outgrow desire for all things material. He is comfortable allowing serpents to slither on top of his body; he does not mind drinking poison; he is happy wrapping his body with animal hide instead of silks and gold. How many people in our company will be happy allowing people to walk all over them? How many people in our company are comfortable sharing resources and being treated equally?

Politically the right thing to say is that we must have equal perks in the office. So let's take a case in point: Should everyone have cabins or should we have an open office? Cabins are expensive so the CFO will favour open office but it will be sold to the company as the 'right thing to do'. An open office demands discipline in people talking softly, using headphones. It demands conference rooms for group discussions, telephone conversations, meetings and private negotiations. 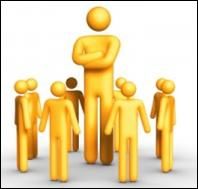 As corporate animals, we aspire to be 'bigger, faster, stronger'. The best gets gold. We want gold. We want the better office in the corner, the bigger car, the great address. We can, of course, outgrow this desire. It is the noble thing to do. When we are all noble, the flat organisation will surely come into being. Until then, it will remain a desirable delusion of authority that those below are compelled to grin and bear.

When resources are in short supply, hierarchies become important. The World is Never Flat.

The author, Devdutt Pattanaik, is the Chief Belief Officer of the Future Group.

This article is originally published in the Economic Times dated 17th August, 2012, written by Devdutt Pattanaik, associated with the Future Group.