A Brief Study on Block Printing Process in India

Hand Block Printing on textiles refers to the technique by which carved wooden blocks covered with dye are repeatedly pressed along a length of cloth to create patterns. The beginnings of the art of ornamenting textile fabrics by the stamping or printing on of coloured designs are lost in antiquity. 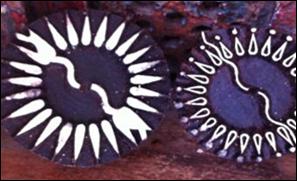 Block printing is believed to have originated in China towards early 3rd century. Around the 4th century, records of its presence were found in Egypt and some Asian countries from where it spread to Europe and other places.

Block printing was first developed in China and is said to be over 2000 years old. However, the earliest known example is the Diamond Sutra from 868 AD which is currently in the British museum.

It is the essence of India and the crafts that make India stand out in the world. However, the numerous arts and crafts are slowly dying and so have to be renewed and brought back to life. Hand Block Printing is such an art which can be used for making every piece of cloth, every design unique and different from others.