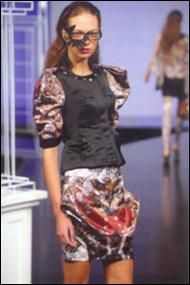 amid shadow of economic uncertainties in Europe and elsewhere including the US. There were '1,250 exhibitors, participating in the event who discussed their business with some 4,600 buyers. Compare these with 1,649 exhibitors, who conducted business negotiations with 20,305 buyers from 87 countries as recent as in January this year. The changed situation was evident from the fact that there was a distinct lack of optimism and enthusiasm as was reflected in the decline in numbers, both of exhibitors as well as buyers. Keeping in view the international economic scenario, the presence of not-so-bad number of exhibitors and buyers in July edition should vouchsafe the value that the event commands even at the times when the picture is far from being rosy.

The organizers of the fair did their utmost best, both in terms of promotion of the event and enhancement of value of the participation.

This article was originally published in "The Stitch Times" magazine, August, 2012.