Sustaining the Magnificent Craft of Songket Weaving in Malaysia 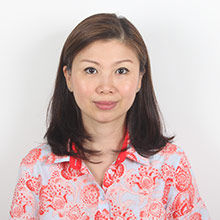 Songket is a magnificent piece of traditional Malay fabric handwoven in silk or cotton threads, using colourful metallic threads to form the songket motifs. The songket motifs are created using the supplementary weft technique known as menyongket (a Malay word meaning to embroider) where metallic threads are inserted and woven into the cloth. Songket weaving is a painstaking laborious and tedious process that requires a great deal of concentration from the weaver. It takes approximately 2-3 months to complete a piece of traditional songket sarong. Thus, a beautifully woven songket fabric would exhibit master craftsmanship and skills of the weaver.

Today, it is mostly worn as traditional Malay ceremonial costumes during royal installations, weddings, birth of a child and circumcision ceremonies, Malay festive occasions and formal state functions. Figure illustrates a traditional Malay costume using songket. Unlike the old days, songket is only worn by royalty and their families. It is only recently that songket has been transformed into apparel, fashion accessories such as handbags as well as home products such as place mats, cushions, table runners and gift items.