Production of Textiles Expand During First Quarter of 2012-13 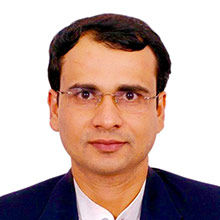 Due to dull downstream demands in textiles value chain, high costs of production burdened with unprecedented movements in raw cotton prices and idiosyncratic exports policies of domestic cotton and cotton yarn, score of textile mills had to halt the production in mid-course and some preferred to idle operations until a more favorable environment returns during 2011. Outcome was second time contraction of 3.5% in overall textile production in the country for the fiscal year 2011 -12 after a similar contraction of 6% (due to global recession) during FY2008-09 in recent times. Amongst the various textiles producers, the monetary losses of the spinners were more severe than others. Infact some large spinners have reported production and monetary losses higher than of previous demand (mainly exports) crisis occurred in the year 2008-09. However, thanks to continuous increments in domestic demand for high value added products in textiles value chain, low volatility in cotton prices, some improved retail demand conditions in most of world market (except EU region) and incremental operational efficiencies in textiles mills, there are incremental productions and growths in textile sector now. During first quarter of fiscal year 2012-13, that is, period of April-June of 2012 has been observed on positive note with incremental productions, domestic demands, exports and hence top line sales and bottom line profitability for textile products.

This article was originally published in Textile Times magazine, July-August, 2012, published by CITI.

Mr. Ajay Kumar is an Economist at CITI.