While there has been a lot of flurry of activities; more against than in favor of Indian retail sector being opened to FDI, some online stores are already selling discounted clothing from companies such as Abercrombie & Fitch Co that have yet to officially enter the market. 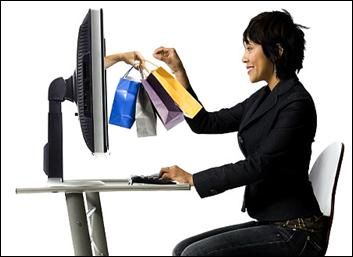 Homegrown start-ups including fashionandyou.com, myntra.com, snapdeal.com, dealsandyou.com, yebhi.com and HomeShop 18 - which is eyeing a U.S. initial public offering - are introducing India's growing middle class to midmarket U.S. brands, at discounts of more than 50 percent. Some two dozen online retailers, distributors and officials from U.S. and Indian firms were interviewed to determine how some of the hottest Western clothing brands, including Abercrombie, American Eagle Outfitters Inc and Aeropostale Inc ended up for sale on these websites.

None of these U.S. chains have opened stores in India, and they have no official licensees. Abercrombie and American Eagle said Indian websites were not authorized to sell their products. "Our brands do not have any authorized third party websites anywhere in the world; all of our stores and official websites are owned and operated by A&F directly - we do not license or franchise our frontline sales," Abercrombie said.

In other instances, online retailers bought from local manufacturers who supply the global brands. Those manufacturers are not supposed to sell apparel with name-brand labels, two Indian lawyers said. "What will happen is when these (foreign) brands eventually decide to come to India they will blacklist these sites," said Darshan Mehta, Chief Executive of Reliance Brands.

The branded clothing that were found for sale in India's fledgling $10 billion e-commerce market does not appear to be counterfeit. Some of it arrives in India through distributors who may be licensed to sell in their home country but not in India. "There are goods that get procured from the Bangkok-Dubai grey market, also from regional consolidators who may not have the right to sell them here," said an Indian retailer. He said his firm buys its merchandise directly from foreign companies that are present in India and that allow sales of their brands on these platforms.

What makes Indian situation unusual is that the rules governing how foreign retailers can enter India are in flux. Full ownership was allowed in January, but the Government tacked on a rule requiring firms to source 30 percent of their products locally, which discouraged many chains. Only two retailers applied - Sweden's IKEA and UK-based footwear retailer Pavers. The provision is now under review as the Government tries to entice more retailers to enter the market.

Several U.S. retail industry veterans said that having their merchandise sold online in India at slashed prices can harm the value of the brand. But they also said it was difficult to stop. "If these products wind up in these online channels, that is not technically a counterfeit and there is nothing that a brand can do," said an international retailer.

Some feel it is good so long as it helps international retailers to test Indian waters: India's consumers get to know the brands, even as the country's protectionist retail ownership laws keep the retailers themselves out of the country. "Rules are being circumvented all around ... not just by the online firms but even the foreign brands are aware of it and are letting it happen because it helps them understand the market" said Anil Talreja, a partner at Deloitte Haskins & Sells, an expert in retail regulations and taxing laws. Indian online retailer fashionandyou.com, which recently ran deals for Abercrombie merchandise, said it was a mutually beneficial partnership.

"I do think that in some odd way this practice is a precursor to understand demand," said an executive, who is in charge of international licensing and declined to be identified due to the sensitive nature of the matter. He said the fact that its merchandise was available on Indian websites indicates that there is consumer demand.

"We watch these products very, very carefully, understand each market and the dynamics in each international market," said another executive. As for investors in U.S. clothing companies, the prospect of hundreds of millions of potential Indian customers outweighs any risk of reputation damage, analysts said.

"Brands losing their cachet is a level of worry for investors, absolutely. However, the level of worry is heavily mitigated by the growth rate of India," an official of buyout firm.

This article was originally published in the Stitch Times magazine, October, 2012.