Will the Rupee really appreciate in 2013?

The question whether the rupee will perform better in 2013 as against its performance in 2012 remains doubtful. 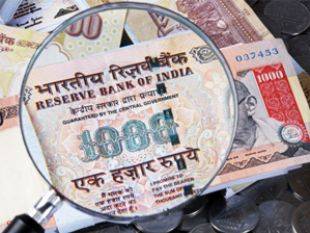 The Indian currency was mostly unstable in the year gone by. The first two months saw the rupee appreciating as the RBI took effective steps such as banning the rollover of forward contracts and limiting the overnight positions in currency.

This was assisted by strong capital inflows by the FIIs into the country. However, as the government remained politically inactive and charges of corruption emerged almost consistently, the Indian currency spiraled down. Worries about the high twin deficits also led the currency to depreciate by around 16% from the beginning of March to mid of June.

The situation improved with a slew of reforms in the third quarter. This helped in arresting the fall in rupee. Increasing the FDI limits in sectors such as retail and aviation and reduction in the diesel subsidy were the domestic measures taken by the Indian government. The Federal Reserve's decision to continue injecting liquidity led foreign funds into the country thereby improving demand for rupee. This situation was though short-lived. With the finance minister failing to come up with a proper guidance on restricting the fiscal deficit to 5.3%, once again the rupee showed weakness and wiped off the gains in the third quarter.

So, would the current year be positive for rupee or would it continue to depreciate further? The answers to these questions hinge on the movement of interest rates and how successfully the twin deficits are dealt with. Though in the near term interest rates are expected to be benign to encourage investments in the economy, there is an uncertainty looming large over how the government deals with twin deficits.

One of the biggest determinants in the movement of the domestic currency will be the stance taken by the RBI. The central government has been keeping a tight position on the Repo rate in the wake of high inflation. With the latest inflation numbers showing positive signs the RBI is expected to pay heed to the flagging growth rate. Most of the analysts in the street expect a rate cut in the next RBI monetary review.

The fall in rates will surely lead to lower foreign investments in the debt market but this will be made up by the investments in the equity market. With lower interest rates, the investment cycle will see a fresh upturn and will bring relief to major sectors such as capital goods, infrastructure and realty, which are currently under stress. To put it simply, reduction in interest rates will set India again on the growth platform.

However, the twin deficits continue to remain a matter of concern for Indian currency. Gold and oil continue to be the major pain points in the country's balance sheet.

The increase in consumption of gold has negated the positive impact of stabilising gold prices. Despite several measures taken by the government to curb demand for gold, the investment in the yellow metal has not shown any signs of relief. A latest report showed the farmers under the NREGA scheme, having excess cash, investing in gold. The government's intention to hike the prices of diesel in a phased manner stands to be a healthy one.

However, it does not come without its set of riders. With 2014 general elections just a year away, populist measures come to the fore. Pressure from the coalition parties also tend to make the government weak and eventually politics outweigh economics. Additionally, an agreement on US fiscal cliff is expected to give strength to the commodities. Oil prices, which have remained weak in the last year, can see a revival. This will swell the oil import bills of India thereby expanding the Current Account Deficit.

A slowdown in the European and US markets has led to a weak performance by the exporting service sector. India's net exports figures have shown a decline in the last seven months. Injection of liquidity by the US central bank maintains the hope for the domestic IT companies. Failure in the implementation of the planned stake sale in several public sector companies and poor participation in the 2G spectrum auction would also add to the skepticism of government meeting its fiscal deficit guidance.

Amid all the uncertainties the street still pins its hope on a bright future for the Indian currency.