Re-elected US Administration to Decide on T&C Issues

A number of issues affecting clothing, textile and footwear trade are facing the re-elected US Administration, including the fiscal cliff and talks to expand the Trans-Pacific Partnership (TPP) trade deal. Significant questions are looming on the readiness of the re-elected US Administration to stand up for American textile interests in the upcoming 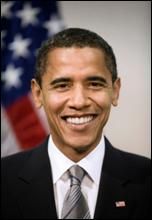 talks to expand the Trans-Pacific Partnership (TPP) trade deal. Important decisions will soon be needed about the terms for including Vietnam in the TPP and its associated yarn-forward rule of origin.

David Trumbull, Vice-president of international trade at the National Textile Association (NTA), the trade organization for the US textile, fabric, weaving and knitting, dyeing, printing and finishing industries, said this was "by far the biggest issue confronting us now." The TPP will link the US with Australia, Brunei, Chile, Malaysia, New Zealand, Peru, Singapore, Vietnam, Mexico and Canada in a comprehensive free trade and investment zone. "The question is how the US will handle rules of origin, the duty phase-out and how the whole issue of state-owned or state-supported enterprises is handled in a free trade agreement - this is something we've never had before," Trumbull said.

On market access, "that's a difficult issue for us because we really don't see any opportunity for exports," he said. There are markets within that region that are very much of interest but we already have trade agreements there." On the other hand "we see it [the TPP] as potentially opening up our market to even more import penetration and the issue here of course is Vietnam which, even without the free trade agreement, is already the second largest supplier of apparel to the US."

The American Apparel and Footwear Association (AAFA) the national trade association for apparel, footwear and other sewn products companies, whose interests often diverge from the textile sector, said the election result meant that President Obama had been entrusted to "do a better job of steering back the nation to more sustainable economic recovery."

The AAFA it was concerned that the President strike a deal over "the much-hyped and very serious fiscal cliff" - a package of expiring and expired tax measures, automatic spending cuts, and entitlement provisions due on 1 January 2013. Only a deal between Obama's Democrats and the House of Representative's dominant Republicans will prevent this retrenchment, which would, say economists "push the economy back into recession. But, the AAFA is optimistic, saying it was likely that "Congress will pass measures to temporarily patch these issues until early 2013, when a 'grand bargain' can be worked out. It added that if Obama and Congress leaders were able to work together the first few months of 2013 may prove to be an era of unusually productive activity."

Meanwhile, a number of trade measures affecting clothing, textile and footwear imports and exports are queued up for approval, the association told its members, headed by long-delayed legislation granting permanent normal trade relations (PNTR) to Russia and Moldova, which may receive approval by 31 December. Congress may also take up a package of miscellaneous tariff bills (MTBs) consisting of new proposals for duty relief as well as extensions of hundreds of expiring provisions, all of which could reduce or increase duty on clothing and textile products.

The AAFA noted that the MTB process "has been mired in recent years by an unfortunate linkage to earmarks [congressional markers designating funds or tax exemptions for specific projects]." Unsticking the process "may involve a combination of reforms to the program or a temporary extension of the expiring programmes," it said.

While retailers and others might normally have welcomed the continuity of a second Obama term, the fact that Secretary of State Hillary Clinton and US Trade Representative Ron Kirk will be leaving has lent a measure of uncertainty to the outlook. More positively, the AAFA recently welcomed President Obamas decision to begin lifting sanctions against Burma, which had included a ban on US imports from that country.

The association said it looked forward to working with Burmese stakeholders "to ensure that apparel and footwear produced in Burma is done so under socially responsible conditions, where workers are afforded opportunities and are treated with fairness and respect." This hope will have been given added impetus by President Obama's visit to Burma.

This article was originally published in the Stitch Times magazine, December, 2012.