The word 'slow' has been around for a while now and in many respects has taken on the mantle of a number of disciplines, or at least aspects of those disciplines, particularly in design and craft. Slow Design and Slow Craft are to some extent within the same category as both deal with aspects of the designed world around us, reflecting both the artificially human and natural world. 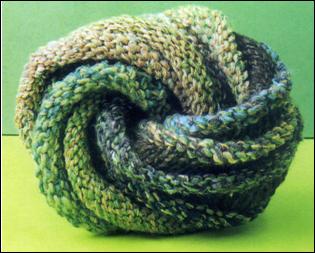 Slow means the physical and mental process of slowing down, taking a breath, allowing a human timescale rather than a machine one or to take control of events within our lives. In the context of design, this means re-examining the process of production, repositioning technology, and allowing room for a human dimension. It used to be considered, and still is within large sections of society, that the large scale use of technology and industry in a way that divorced itself from the human dimension, was an affirmation of our progress and destiny as a species, that it could produce items faster than hand or small-machine production, seemed almost a negligent by product, the larger the scale and the faster the production, the better. The near boast that things could only ever get better, looking at much of the pollution, degradation of the individual and social quality of life in general, as well as the lack of concern for what actually happens to the millions of items produced every day, is a very hollow, even shallow boast and perhaps shows the human species as it really is, hands forever reaching for that distant shiny future, whilst having two feet firmly sitting in the mud of reality.

Slow can be added to practically any title, giving new definition and dynamism to a subject or discipline, particularly in the creative field. To be able to stop, contemplate, be inspired, is probably the most important aspect that a human can add to the creative process, indeed, the most important. So in some respects, slow could actually be defined as human, Slow Design being the human intervention within the design world. The design and craft world needs to take a holistic approach to both designing and making. The complexities of human life, both inner and outer as well as our ability to observe and reflect, needs to be entwined with the design process, not just at the end, as a form of human veneer, but at every stage of each and every discipline from start to finish.

There needs to be a breaking down of barriers between designer, maker and consumer, creating a holistic even intimate relationship between the design process, production and the consumer. At the moment, although some progress has been made, for many consumers there still seems to be an impenetrable wall between the product they buy and the journey that it has made from design inspiration, through production, to the retail outlet. This is also true of the designer and maker, many of whom are not directly involved with customers beyond the ideal perceived from a studio.

Transparency and honesty are perhaps the best tools that a designer and maker can have in these present times. As consumers become more demanding as to the true nature of the journey of products and as their observational clarity becomes more acute, they should be able to understand the process of a product from start to finish. In this way, they can more easily judge whether that product has merit or not. By questioning each of the processes involved, as well as the sourcing of materials, the treatment of individuals, wherever on the planet they may be, it brings them inevitably into a much closer relationship between customer and creativity and this can only be an improvement on the old twentieth century model of disconnected path from designer, through manufacturer, to retailer and finally customer.

The idea of slow has so many meanings, ambitions and ideals, everyone taking aspects to suit their own particular journey. However, to me personally it means an opening up of the process between manufacture and consumption, allowing in a much-needed human reality, a dimension that perhaps has been missing since our adoption of the early twentieth century ideal of the human species as machine, being an integral part of the machine age as it was popularly known. By designing and building an artificial world inhabited by humans seen as mere units rather than as the true individuals they really are, we allowed ourselves to increasingly marginalise the fact of what it meant to be human.

We are perhaps now finally entering a period whereby we can begin to celebrate our diversity as a species, praising the individual whilst at the same time linking ourselves together, on both a local and global scale, into an infinite human aspect of diversity. By abandoning our insularity and disconnectedness with others, being aware of cause and effect within the circle we inhabit, we begin to take value in life itself, our own and the other species we share the planet with, and perhaps through that we have a chance to show a measure of compassion, understanding, humility and balance. A slowing down of delusional tendencies towards unquestioning belief in bigger, better and faster, and a move towards the value of life and community is needed.