Transition of choice from traditional wear to jeans

Jeanshave widely conquered the hearts and closets of people all over the world.People of all ages irrespective of any gender love to wear this piece ofclothing. Since umpteen years jeans have found its place in the wardrobes ofrich and poor, celebrities and common man. However, it has not lost its charmand is here to rule with its versatility.

Let'sget into the history of jeans. At first jeans was used by the working classmen. It was thick, strong, and long lasting. In short a trouser that cansurvive in any conditions. This thick cotton cloth was made of "gene"material from Genoa, a city in Italy. Thus, it got its name.

Jeanswere an instant hit among people doing tough physical work. A tailor fromNevada, Jacob Davis wanted to create jeans incorporating his new idea. Hewanted to add copper rivets at places where it tears easily like the curve ofpockets which often gets torn. This would not only strengthen the pants butalso add to the style quotient of the trouser.

Moreover,over 50 percent of denim production is based in Asia with China, India, Turkey,Pakistan and Bangladesh. 70% of world jeans consumption is among EU, US andChina. There are 513 denim mills worldwide. China alone has 297 mills, followedby 104 mills in other Asian countries, 46 in Latin America, 41 in Europe, 15 inAfrica, 9 in North America and 1 in Australia. Americans alone purchase 450million pairs of jeans every year.

Whether one is wealthy or poor, jeans is everyone's favorite attire. Today, you can own a pair of jeans worth $40, even less or it may cost you thousands of dollars. A pair of jeans from Gucci sold for a whooping price of $3,134 in Milan, 1998. It earned its place in the Guinness World Records as the world's most expensive jeans at that time. 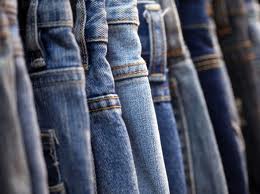 Escada's couture line has achieved a top position in the list till now. It has come up with the jeans costing an astonishing figure of $10,000. Its distinguishing feature was that it was coated with Swarovski crystal from top to the bottom. Levi Strauss & Company shelled out $46,532 to buy its own jeans on eBay. The global denim market is dominated by iconic brands such as 7 For All Mankind, Levi's, Diesel, Armani Exchange, Guess, Wrangler, True Religion, Calvin Klein, Lee among others.

Looking at the facts and figures of the global denim market, jeans are in huge demand worldwide. Its gaining popularity reveals the important position it has taken in our lives. Today, various companies are coming out with new styles, cuts, designs and fittings to suit individual choices. Jeans have crossed all borders, social cultures, classes and it is one of the most wanted outfits in the world.

The significant transition in the choice of people from traditional wear to jeans worldwide, have practical reasons as well. They are no maintenance wear and anybody will swear for its durability. Women are benefitted the most. Today as more and more women are working and they find less time for household work, jeans come to their rescue.

Unlike other bottoms it doesnt need to be washed often, doesnt get torn easily and need not be ironed. This gives it an upper hand over other types of apparels. This wardrobe staple can be mixed and matched with many clothing. Also, it is affordable hence economical. It is designed for men and women of all shapes and sizes. 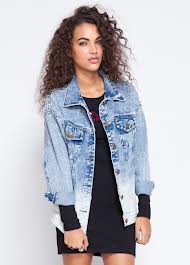 The growing craze of jeans can be seen not only in youth but among all age groups. Moreover, it can be worn for both social and formal occasions. With hell lot of advantages, it is obvious to see a transition in peoples choice from traditional wear to jeans. It is likely that jeans remain in vogue because of their usefulness and rule our wardrobes for years to come.

By:
Fibre2Fashion
Published: Feb 2013
Reuse this Content
Our Clientele