Home / Knowledge / Article / Industry / What good can textile parks do to the economy?

What good can textile parks do to the economy?

Textile parks are a powerful means to boost the economy of the country. They not only provide millions of employment opportunities but also generate revenue for the country. Textile parks provide a good platform in bringing together those small entrepreneurs scattered in a city to recognize each other's capabilities and power and utilize it in the best way for the growth of textile sectors as well as the economy of the country. 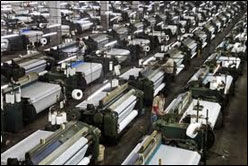 Textile park is an amalgamation of different textile processing units in one compound with a minimum investment of 250 crore. They play a vital role in the industrial development of any city and the country. It is the second largest employment provider after agriculture in countries like India and Bangladesh. However, the sub-segments of textile industry like spinning, weaving, knitting, etc. have been separated and fallen apart. Considering the global competition in clothing and textile sector, textile parks have played a prominent role in promoting and growth of the sub segments of the textile industry.

Textile parks are believed to bring entrepreneurs and poor farmers jointly for financial gains. These parks help the farmers to get good price for their crops and land. Just few years back the farmers were not aware how much can their land yield and sold it at a cheap rate. But with the rise in the real-estate market, the cost of land has increased tremendously. The farmers are now aware of the real value of their land and sell at profitable rates to the entrepreneurs looking for land to set up the textile park. 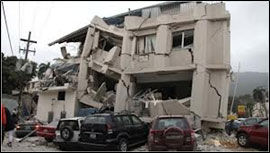 A textile park is proposed to be set in the quake hit Haiti region and a deal has been signed jointly by the US and Haiti government with a South Korean garment manufacturer. The terrible earthquake in 2010 which killed almost 2.5 lakh people had smashed the economy of Haiti. With such ventures it expects to rebuild its economy. This textile park would give livelihood to almost 20,000 Haiti people making it the major employment provider in Haiti. The US and the Haiti government believe this textile park would improve the economical condition of the country where 80% of the population has no job. The industrial park will not only concentrate on textile and clothing but will also develop roads, generate power, employment and water treatment plants.

The NextGen Textile Park located in Jodhpur, Rajasthan is a perfect platform for the industrialists located near Pali and Jodhpur to come together with their respective capacities and abilities and join in optimizing the production at low costs. This textile park will enable the companies to establish their name not only in India but in the

world. The rich culture and textile heritage of Rajasthan will be encouraged and can procure potential value in the global market.

Another example is Jaipur Texweaving park which has been launched by the Ministry of textiles, is set up with an aim to provide best quality infrastructure and manufacturing facilities. In India, the economy of the country extensively depends upon the textile industry. It contributes towards 27% of its total foreign exchange and 4% to the national GDP. It is expected to touch USD 220 billion by 2020. Furthermore, it is the largest employment provider presently giving employment to over 35 million people.

In this given situation, if textile parks are set up in places where potential growth is seen, this will not only enhance the economy of the state but also increase the chances of livelihood for the people of that state. It has been planned to set up around 40 textile parks in India to encounter the global challenge and cash on the best prospects. With latest machineries, best equipments and world class infrastructure, the industrialist can enhance their productivity and attain international production standards. 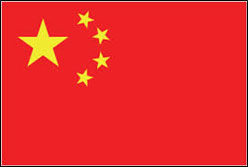 Moreover, China is also taking a keen interest in investing in African nations, ensuring growth and development in both the countries and providing employment and help with no constraints. Two Chinese firms have invested $52 million in textile industrial park in Botswana located in South Africa. According to the reports, this project is expected to give out $280 million foreign returns. The textile park is anticipating 66 countries to participate from all over the world and provide job to 8000 people. 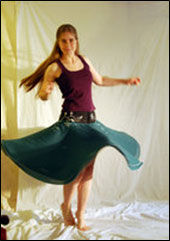 A textile park is the right choice for those entrepreneurs who want to take advantage of the present market prospects and avoid issues like outdated technology, hindrances caused due to strict regulations or non- tariff business. As textile parks are established only after the fulfillment of stringent government laws for quality, safety, health of the employees, social and environmental standards.

A systematic textile park can directly earn financial profits as they are trading in large quantities with better quality services.

As all the operations from spinning to clothing are done under one roof, textile parks undoubtedly give advantage to the business. The advantage can be for getting orders, completion time of the order, saving time as all the procedures are completed in one place or providing plenty of jobs.

As discussed earlier textile and clothing industry significantly promotes employment and GDP of several countries. Hence, if textile parks are developed they will make way for more opportunities in terms of growth in production, exports, low labor costs, satisfying the rising demands of the buyers etc. In short, such parks have dynamic effects on the place where they are located and also in totality on the economy of the country.