Influence of Waterproof Processing on Hygienic Properties of Felt Footwear

The article covers an actual problem of felt waterproof properties improving of shoe upper components. Superficial updating by hydrophobizator will increase water resistance of felt footwear. In this article experimental investigation result of hydroscoicity, water vapour permeability change before and after modification are presented.

Nowadays one of the oldest traditional, Russian materials felt gets relevant again. Popularity of felt shoes isnt simply attributing to traditions. The last decade the half-forgotten national craft is revival in the fashionable industry in Russia. Today fashion designers create extremely fashionable models using thread seems to connection of details of the top of shoes and injection method of fastening the bottom. In the world market of nonwoven materials the most several of felt on structure, colour, using are presented. Felt footwear is one of the competitive products of winter collections, so its combined ecological safety and reasonable price. Felt shoes are simply irreplaceable for outdoor recreation in the conditions of cold Russian winters with lasting show cover. Also felt footwear is staying the main winter special footwear for gas workers, oil industry workers and railroad ones.

Good qualities of felt footwear are the small weight, high thermal insulation and hygienic properties. At the same time such footwear hasnt form stability, its hydrophilic material, so these limit its using as a material for details of the top of shoes. Wetting of felt leads to its swelling, so the structure changes, relations between the fibers are weakening.

In the end plasticity and elasticity increase, the efforts for necessary for deformation of stretching, compression and bend decrease, the relaxation of tension is accelerated and in most cases durability of the material reductions.

All stated above determinates actuality at the research of properties of felt and updating methods and also improvement of the production technology of felt and footwear from it generalization existing and receiving new theoretical and experimental data.

Superficial modification is a common method of increasing waterproof properties of light industry goods. Its very important when waterproofing is increased it isnt reduced hygienic properties.

The research work on the study and improvement of physical and mechanical felt properties for shoes at the art modeling, design and leather technology sub department of Moscow State University of Design and Technology (Moscow, Russian Federation) has been underway for about 10 years.

The first research results have shown the reasonability of implementing a special felt surface treatment of shoe uppers for modifying properties.

The article presents numerical value of hydroscoicity and water vapour permeability before and after modification with several water repellents.

The structures of modifiers for felt are presented in the article [4].

Hydrophobicity was measured on changes of indicators hydrophobicity properties. Hydrophobicity is amount of moisture, which contains in the tested samples in the conditions at the humidity of 98%, expressed in percentage of an absolute dry sample.

As you can see from Figure 1 value of hydroscoicity the modificated water-repellent felts F1, F2, F3, F4, F is lower than initial felt. It means that using of hydrophobizator increases felt stability to effect of water.

It is visible from Figure 2, that water vapour permeability of initial felt is much lower, than the modificated samples. Water vapour permeability depends on hydroscoicity properties of fibers, density of the material, a type of industry of fibers, and the nature of furnish. So, its possible to draw a confusion that the increase in an indicator is caused by decreasing in hydroscoicity of felt fibers, possibly change of material structure. 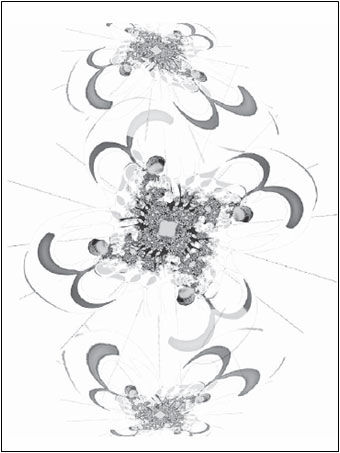 Thus, the research work and the results, having been presented before allow deducing that repellents provide complex protection of felt against effect of moisture and they dont reduce hygienic properties.

This research work is only part of complex research of properties of footwear with felt top. In following works the behavior of the initial and modificated felt will be studied more detailed.

This article was originally published in the Tekstilna Industrija magazine, March, 2013 Issue.