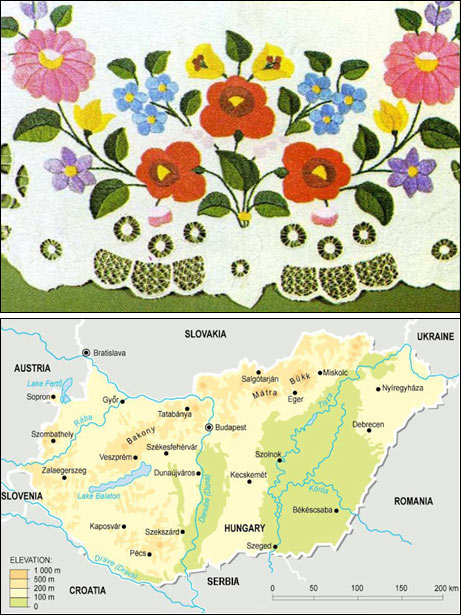 In many respects, the Hungarian plain was both a meeting place and battleground for various cultures within the last millennium of Europe's history. This was one of the points in Central to Eastern Europe, where Germanic, Slavic and Turkish cultures, as well as that of the native Hungarian, came together, often mixing and overlaying previous cultures, all adding to the decorative arts of the region.

It is in this respect that the decorative work that goes to make up Hungarian embroidery was formed. The style contains elements of European Renaissance and Baroque decorative eras, as well as that of Turkish and Persian influences. This, in tandem with the long held decorative styles of native peasant motifs that have always been a

mainstay of peasant culture throughout Central and Eastern Europe, has made Hungarian embroidery what it is today. 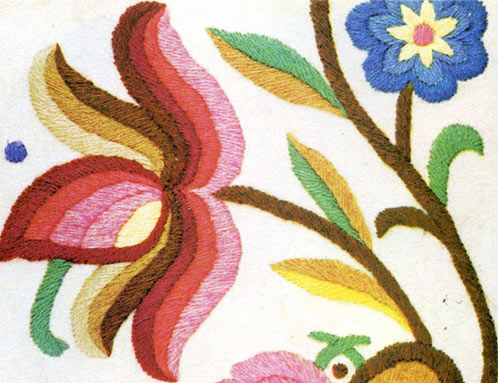 One of the defining elements, at least in some aspects of Hungarian embroidery, is its free-form strategy. Decorative designs can be fluid and although reflecting the consecutive generations, there is always enough leeway to interpret and reinterpret the motifs of both flowers and foliage that make up this clear and distinctive style of embroidery.

The sheer depth, scale and colour combination of floral embroidery in Hungary, which includes any number of interpretations of flowers that are both native to Hungary, but includes those that are found much further afield including the traditionally used tulip motif that is so much a part of traditional Turkish decoration, attracted a great deal of attention within Arts & Crafts circles at the end of the nineteenth and beginning of the twentieth centuries, particularly in Britain. There was a regular amount of cultural activity between the two countries, and Hungarian crafts, with particular emphasis on embroidery, was featured regularly in a number of British magazines sympathetic towards the general feeling of the Arts & Crafts movement during this period. 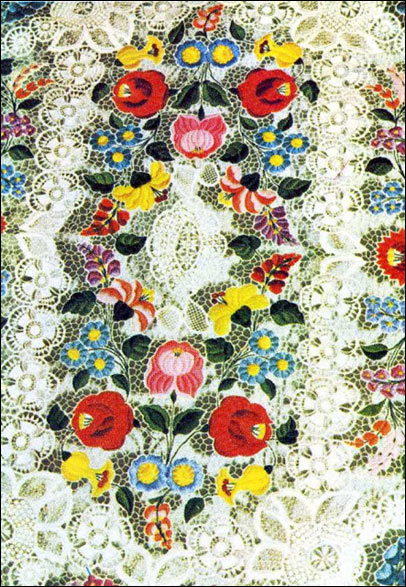 equally by both men and women. The style seems purposely bold, colourful, and visible. Some believe that Hungarians can trace their embroidery pattern work to that of the original Hungarian homeland, which is thought to be somewhere in western Siberia. Although this may be partially true and there are certain similarities between some aspects of Siberian embroidery and that of Hungarian, so many levels of influence and generations of innovation have passed, that it would be hard to be certain if there was any tangibility in this belief.

However, whatever the true origins of Hungarian embroidery, it is a fine, distinctive and liveable cultural heritage that will always be considered part of the Hungarian cultural framework which inevitably significantly adds to the history and present day decorative crafts of Europe.