The Hungarian American designer and artist Mariska Karasz approached the craft of embroidery with the sensibilities of a fine artist. Karasz is perhaps one of the earliest examples of an increasingly expanding genre within the general textiles framework, one which today we is familiarly known as textile or fibre art. 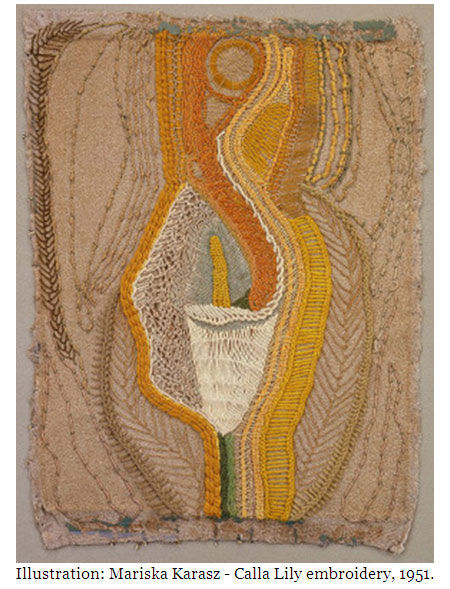 Karasz herself spent much of her career as a clothing designer. However, after the Second World War she reinvented herself and put her energies into the development of a highly successful second career in textile art. She used as the basis of this art, her Hungarian background and heritage of textile crafts, particularly that of embroidery. It

was this craft that fuelled her imaginative compositions that took her all the way through the second half of the 1940s, but particularly through the following 1950s. This was a decade that saw an ever widening and large-scale expansion within the craft world in general, with craft workers taking on many of the aspects of a fine art sensibility. There were a number of particularly fruitful and creative crossovers including a number of individuals from the fine art world who found themselves working in ceramics, glass and textiles, sometimes for the first time.

The work that Karasz produced during the 1950s is an interesting blend of vocabulary from both design and art worlds. The artist plays with backgrounds and foregrounds, colour, tone and texture in order to produce a layered, abstract compositional framework that seems perfectly suited to the medium of embroidery. While the work is definitely set in its era with compositions producing abstract and colour textures that were so much a part of the 1950s, the work of Karasz is also timeless in its abstractness. The work of the artist was an exploration of a medium rather than an end result. However, more specifically it was that of a journey of discovery of a craft discipline, one that up until that point had, with some exceptions, seen little contemporary examination of its purpose, and more particularly its potential for the inventive and creative expansion of its parameters.

It is individuals such as Karasz that have become the universal access points of all future creative explorers. To highlight and remember the work of artists and craftspeople such as these is to encourage all future exploration within and across disciplines and to constantly question boundaries, conventions and suppositions as to the role of such potentially diverse and adaptable disciplines as embroidery. Contemporary craft is fast reaching a point in its development whereby it is beginning to take on the maturity of a discipline that can explore its own reasoning. It is not an exaggeration to say that it has been a hard and long journey, but individuals such as Karasz have given both inspiration and much needed understanding within and without the craft world. 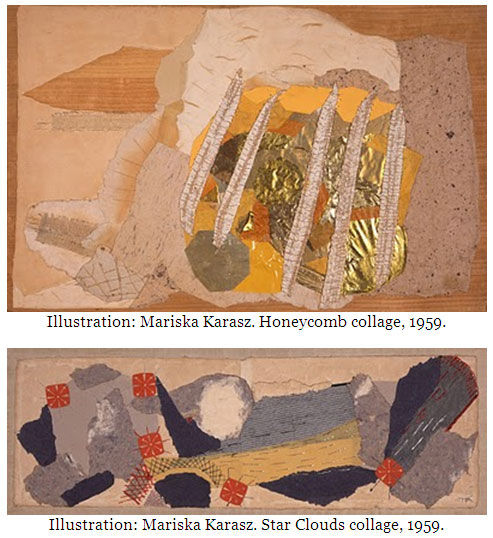 Karasz work was extremely popular during the 1950s as indeed was she as an individual celebrity. She toured, lectured and wrote throughout the decade and is still remembered today as a pioneer of the fine art sensibility grafted onto the craft tradition. In the Further reading links section below is a link to a very good and comprehensive website dedicated to the life and work of Mariska Karasz. Also listed below are a number of the books produced by Karasz still available on Amazon. 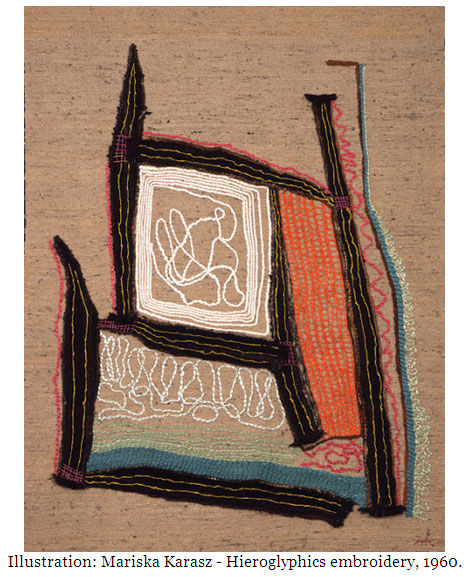