Buy the old for a new look

It may not be the clothing line in its enormity and grandeur, and may be the relic of the new, still used clothing is a popular import and export item across the globe. While sometimes the used clothing is given as donation, it is also not uncommon to resell the second hand clothes in the market. There are several business groups that are involved in second-hand clothes trade. In the current global economic crunch, even as the economies of some countries are just easing out of the slowdown, penny-pinchers' appetite for saving has only increased and this encourages them to buy used clothing. After all, it is not easy to indulge in shopping fiesta with the shrinking payrolls. 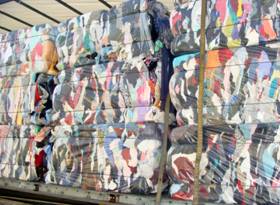 The import norms on used clothing, however, differ from countries to countries. In the U.S.A., when used clothing is imported for the purpose of donation or to be given to an individual, company or charitable organisation, the rules and regulations regarding complying with Customs and Border Protection (CBP) apply to the used clothing as much as to any other apparel range.

As per law, under provision 6309 in the Harmonized Tariff Schedule (HTS), used clothing can enter the U.S.A. duty free. However, the used clothing shipments that are brought for commercial purpose are not eligible for the provision 6309. This provision is applicable only if the clothes are visibly in poor condition, as it assumed that the clothing would be used for non-apparel purpose.

The HTS can be complicated to understand and if the self-classification of an item is incorrect, it can cost dear. So it is better to consult an expert before quoting the classification. It is also required that the label stating the country of origin should be attached with the used clothing. In case, the used clothing is not marked, it is required to get labels with information attached prior to the custom clearing. The used clothing must also meet the flammability standards under the Flammable Fabrics Act. If the clothing is strictly for use as secondhand household textiles (i.e. rags or clothes) or are marked to indicate they are secondhand, they are exempt from marking according to the Textiles Fiber Products Identification Act.

The laws and rules pertaining to the import of used clothing vary in different countries. In India, the shipment of used clothing imported by a unit must be accompanied by a certificate obtained from the exporter, in which details regarding disinfection and fumigation generated by a licensed agency from the state where the original clothes were manufactured must be stated. The Special Economic Zone (SEZ) Division, Government of India, has drafted guidelines to regulate functioning of used clothing units in SEZs.

Like the U.S.A., in India also if the information regarding used clothing is wrongly declared, action as per laws formulated by the Directorate General of Foreign Trade (DGFT) applies and action as per the Foreign Trade (Development & Regulation) Act, 1992, is taken by the competent authority. As per the drafted guidelines, all imported consignments of used clothes are subject to 100 percent inspection at the premises of the unit by SEZ/Customs authorities.

Countries like Africa, Zambia are exporting used clothing from Europe and America. The European-made clothing, American sports jerseys and designer labels are offered at discount prices, thus turning second-hand markets into a prime destination for cheap garments. There are some other countries, where buying of used clothing is not very popular. Countries including Poland, Philippines and Pakistan are not very keen on buying used clothing for reasons that vary from social issues to risk to personal hygiene. Similar to these countries, India also refuses the import of second-hand clothing, but accepts the import of wool fibres. Unused clothing is recycled into fibres that are spun into yarn for reuse in 'new' used goods.

The import norms vary in different countries. Like in Angola, Bangladesh, Bolivia, Bulgaria, Cameroon import of used undergarments is prohibited. Similarly in Chile, Colombia, Costa Rica, Colombia, Egypt, Ghana, Greece, Kenya, Lebanon, Sri Lanka, Uganda, Pakistan, etc. the used clothing must carry fumigation certificate at the time of import. In some third world countries like Ethiopia, fumigation certificate is not required, but prior approval to specific duties is must.

Those who favour used clothing are often concerned about environment as well. On a larger scale, the corporate houses that are involved in recycling of used clothes have become important contributors in a country's economy. The core for commercial sorting of used clothes are in South Asia, Canada, Belgium, the Netherlands and Hungary. The second hand trade has more than doubled since 1991 following a rising demand in former Eastern Bloc and African countries. 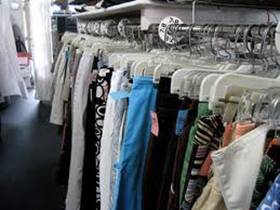 In affluent western countries, used clothes occupy a niche market. In third world countries, second-hand clothing imported from the west, are chief source of clothing. The largest exporters of used clothing are the U.S.A. followed by the U.K., Germany and the Netherlands.

The world's largest importers of used clothing are Sub Saharan countries that import more than 25 percent of global second-hand clothing. Some countries, like Philippines prohibit the import of secondhand clothes, in order to protect the local textile industry. Other counties like Pakistan or Uganda, which have a flourishing textile industry, have no or limited restrictions.

In these times of rapid change many countries are navigating environmental as well as economic challenges. Importing and exporting used clothing, either for the purpose of recycling, charity or resale is a wise choice. The world is redefining the concept of shopping through used clothing.