Home / Knowledge / Article / Apparel / I see you: Use of reflective clothing

I see you: Use of reflective clothing 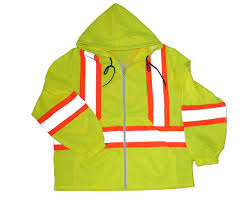 Over all safety of the workforce is always a concern of an organisation and in several cases clothing plays a pivotal role in ensuring that the personnel are well protected. Fire fighters are equipped with special protective clothing; fabrics with aero-dynamic quality are used by sportspersons during their game plays; clothes for extreme weather conditions are specifically designed.

Personal safety through special garments is not a new perspective, but what fairly new is the manner in which such clothing is redefining the luxury that comes with modern textile. Protective measures vis-a-vis clothing are not confined to those involved in perilous work only; people need to ensure they are aptly dressed even during daily chores. Reflective clothing is an integral part of certain professions. Such clothing is required to increase the visibility of the wearers during dark hours.

The concept of reflective clothing is based on the fact that certain colours easily reflect light against a dull background thus highlighting the user. The wearer of such clothing becomes visible during the night when light from an oncoming vehicle hits the vest. The tentative use of reflective clothing began in 1964 on the Scottish Region of British Railways. Fluorescent orange jackets, known as 'fire-flies', were given to track workers in Glasgow; the jackets were then tried in other areas. Opinion of train drivers was taken regarding the effectiveness of the jackets. Later on in 1965, after some trials, such clothing was issued to engineering and other staff working on the electrified lines. It was thought to be more important due to the higher speeds of the newly electrified WCML route. The first version was worn as a jerkin and was visible at half a mile in normal weather conditions. Since then, features of reflective clothing have been enhanced significantly and today such clothing is more effective, even fashionable and much safer with reflective suits that are fire proof and water proof.

Most experts agree that the industry of protective clothing that includes reflective garments has been growing at an annual growth rate in the range of 6 percent per year. Some niche areas or specialised sub-categories are stated to be growing up to 30 percent plus per year. Some countries like U.K. have reported that sales of high-visibility gear rose 22 percent in 2009 and 26 percent in 2010. Globally, the sale of reflective material including clothing is escalating, as the number of security personnel, fire fighters and even joggers have increased significantly.

Apart from those who require wearing reflective clothing for work purposes, motorcyclists, joggers and cyclists are also advised to wear reflective clothing. A case-control study was conducted in New Zealand which stated that, if the odds ratios of motorcyclists' accidents were analysed the population attributable risks were 33 percent for wearing no reflective or fluorescent clothing; one third of motorbike accidents might have been prevented by wearing high-visibility clothing. Another report revealed that very few motorcyclists involved in collisions wore high-visibility clothing.

The risk faced by the cyclists are similar to those faced by motorcyclists, with the main differences being that bicycling speeds are usually low, and bicyclists wear less protective gear. In a 2009 study, most U.K. cyclists and almost all motorists believed that high-visibility clothing would increase cyclists' visibility. Almost all drivers agreed that cyclists need to wear reflective clothing in low lighting environments.

The reflective material is composed of what any other cloth is made of - fabric. However, what makes this fabric so unique is basically the fact that the fabric is dipped and covered in millions of microscopic glass beads. One can think of each bead as a tiny little mirror, which when surrounding a cylindrical thread makes for cylindrical mirror that reflects light back in every direction. But, a single thread by itself cannot make much of a difference, so once thousands of these threads are put together a fabric is formed.

This fabric is considered a rough surface unlike a smooth surface. The minute mirrors embedded in the fabric basically face every direction which causes all its rays to reflect in every direction and thus no clear image is formed. So a car driver sees a reflective strip up ahead 200 yards at night, as the car headlights hit the reflective strip, which ricochets the light rays back to the driver. Since the reflective strip is a rough surface, some of the reflection will be lost in translation, but the majority of the rays will bounce right back to the driver. In the above case, the reflecting strip that the drivers see is 200 yard ahead, but the light that the driver sees has actually travelled 400 yards. The light went 200 yards from the headlight to the biker, hit the 'mirror' and travelled back another 200 yards to the eyeballs, making it travel 400 yards total. This is attributed to the speed of light.

Garment manufacturers are now using specific brands to create reflective fabrics that increase visibility and safety in dim light conditions such as snow, fog, and darkness at night. Some manufacturers weave reflective yarns into soft, comfortable fabric while others use a coating based on thousands of metallic microparticles. Both methods allow clothing to be ideal for play such as snowboarding and cycling, and work such as police and roadside emergency work. Today, reflective fabric is full of various features, including being soft, breathable, wind resistant, water repellent, attractive, comfortable, self-adhesive, strong, easy to sew and durable. Reflective clothing comprises of jackets, bands, caps, ankle bands, arm bands, jumpsuits, shirts, pants et al. Such clothing looks normal by day and glow by night. It is available in colours like red, yellow, blue, white, green, and orange.

Frequent use of reflective clothing vouches for the fact that apparel industry has progressed into the new millennium; it is constructively influencing the way people travel and work as well. Wearing and using reflective clothing is an easy and inexpensive way to stay safe at night. It is a treasure trove of textile industry and has registered huge success in trapping the multifaceted safety issues in daily lives. The influence of the same is dictated by the choices the organisations and individuals are making to ensure safety and security through apposite fabrics and garments.