Safe, stylish and comfortable: The improved range of workwear 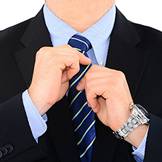 With the rules of corporate sector becoming stricter than ever, the employees have to ensure that they follow these directives in letter and spirit. One of the rules that almost all the offices carry is that of workwear, as per which the employees have to ensure that they wear formals or casuals as per the instructions. These corporate rules have made the office wear a lucrative division of apparel industry. The fashion houses are especially creating designs meant for the working professionals.

In several cases, the need of workwear comes from the work place ambience. The workforce has to follow the dress code for safety issues like in case of fire department personnel, in case of health care professionals etc. This apart, the corporate world also demands the professionals to appear business-like when they are in the office meeting clients. So, office wear is often influenced by the external factors, as the way the clients perceive the staff is of equal significance.

In almost all the work places, the traditional colours and approach towards clothing always work in most environments. So white, beige, cream, black, army green and navy blue are staple colours for any office wear wardrobe, as these colours work with everything. However, hints of colours in wardrobe also work well. The regular colours can vary as per the work place and also the country of work. Generally, most of the corporate houses appreciate a chic, but a more conservative look. For, women, well-cut trousers, a classic crisp white shirt and a well-cut jacket always do the trick. The Alpha gender can go with the ties, and contrasting-shade trousers and shirts, with perennial black belts sprucing up the 'official look'.

Nevertheless, this season, the fashion experts are advocating introducing fresh hues and bold prints for a contemporary look at the workplace. Tailored blazers, slouchy pants, and power pumps in pleasantly surprising colours or patterns are aiming to replace the conventional blacks and greys in suits. Mix and match the prints in decent colours can give an individuality to work wear. However, designers advise that for work it's better to ground one print with neutrals.

The buyers in developing countries are also experimenting with how they wish to appear at their workplace. The workwear in the developing countries is often influenced by the trends in developed countries. The workwear market depends on the strength of global economies and the resulting employment levels. The stronger the world economy is, the higher will be the employment levels and the workwear demand will grow accordingly. A report forecasts that worldwide demand for workwear will grow by more than 20 percent over the next five years, driven by growth in emerging markets.

The demand for safety wear at workplace is also on rise. The industry experts believe that the modern day workwear could be more technology driven. This explains innovations that rule the workwear today. There are stain-free, anti-creasing, fire-resistant products to make the workwear long lasting and also more functional. Emerging economies are exporting textile materials required for safety wears at workplace to developed countries.

Among the emerging markets, China has become the world's leading producer of workwear over the last decade. It is widely believed that China accounts for nearly one-third of the total global market. Throughout the last two decades, the corporate wear sector in the developed world has consolidated, following company closures, mergers and acquisitions. However, with emergence of corporate culture in the developing countries, the workwear sector has been revived and the market for the same is widening. Apart from China developing countries like Indonesia (with growth of 11 percent), Morocco (10 percent), Turkey (7.1 percent), Tunisia (4.3 percent), Pakistan (4.0 percent), India (3.3 percent), Sri Lanka (2.2 percent), Thailand (2.1 percent), South Africa (1.1 percent) and Bangladesh (0.9 percent) are also actively exploring the development possibility in workwear. These countries are also supplying raw material required for both corporate wear and protective wear to several developed countries. Of the main suppliers among these countries, Indonesia registered the highest growth of 43 percent per year, followed by Bangladesh at 27 percent, Thailand at 24 percent, Pakistan at 12 percent and India at 8.7 percent.

In another developing nation India, as per an estimate carried out in a latest research report, the internal workwear market is estimated to be around USD 357 million, which is likely to reach USD 1,108 million by the year 2021, developing at CAGR of 12 percent. It is estimated that in India, jackets and trousers will witness highest growth of 15 percent and 14 percent, respectively. In the European Union, it is estimated that the United Kingdom is the largest market for workwear, ahead of Germany and France. The country is also a lead producer of workwear in European Union, ahead of Poland and Italy. The size of the protective clothing market has overshadowed the traditional workwear market in the UK. Like the United Kingdom, the workwear comprising of protective wearing is gaining ground in several other countries as well.

Globally, the demand for office wear is on rise. Though, nothing can beat the efficiency of an employee at the workplace, but sometimes allowing the workwear to do all the talking and work is a great idea to impress the clientele.