Macedonia: A new land of opportunities

The Republic of Macedonia is located in the central Balkan Peninsula in Southeast Europe. It is one of the successor states of former Yugoslavia, from which it declared independence in 1991. Ranked as the fourth "best reformatory state" out of 178 countries ranked by the World Bank in 2009, Macedonia has undergone considerable economic reform since independence. The country has developed an open economy with trade accounting for more than 90% of GDP in recent years. With a long, rich tradition in clothing and textiles, this sector is one of the largest export industries in Macedonia. The competitive advantages of the Macedonian garment and textiles industry are innumerable. An analysis by Market Intelligence-Fibre2Fashion. 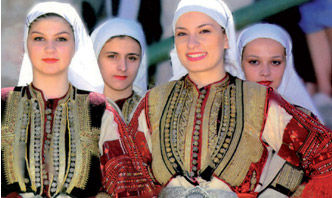 According to National Classification of Activity (NCA), Macedonian textile companies are divided in two groups: Manufacturers of textile materials; and Manufacturing of wearing apparel, dressing and dyeing of fur.

Spinning and fabric production constitute for 1.5% of industrial production, and readymade

As of January 2015, the following were offered to companies investing in Macedonia:

Wages are most competitive in Europe at 374 per month in manufacturing sector in January 2015.

According to World Bank's Doing Business 2015 report, Macedonia is 3rd best in starting a business in the world and best in the region.

According to World Economic Forum 2013, it is 4th friendliest to foreigners.

Source: Agency for Foreign Investments and Export Promotion of the Republic of Macedonia

With a long, rich tradition in clothing and textiles, this sector is one of the largest export industries in Macedonia. The competitive advantages of the Macedonian garment and textiles industry include:

Due to the very high number of unemployed workers in Macedonia and the very weak role of trade unions, employees are faced with rules created by the employers, which in some situations are quite opposite from the guidance provided by the national legislation. One example of this is non-payment of the long overtime hours.

Since its independence in 1991, Macedonia has made progress in liberalising its economy and improving its business environment, but has lagged the Balkan region in attracting foreign investment; corruption remains a significant problem as well. Unemployment has remained consistently high at more than 30% since 2008, but may be because of the existence of an extensive gray market, estimated to be between 20% and 45% of GDP that is not captured by official statistics. 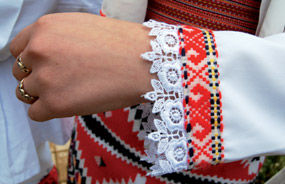 Macedonia's economy is closely linked to Europe as a customer for exports and source of investment, and has suffered as a result of prolonged weakness in the euro zone.

In recent months, there seems to be a political crisis in the country which can negatively affect new investments.

One of the biggest competitive advantages that the Macedonian textiles industry possesses is its close proximity to Western Europe, a large consumer market.

Good image of Macedonian producers, who have catered to the EU and US markets for decades and are known for their quality and professionalism.

Exceptional relation between product quality and price. This is a result of highly qualified personnel with a long tradition of working in the textile industry, as well as of relatively low labour costs.

Good and modern equipment of the factories, following world trends in developing textile machines and production technologies. In addition to modern textile equipment, more and more companies invest in computer technologies (CAD/CAM system, plotters etc.) that provide product models that meet the demands of buyers and can be used as a perfect training tool for introducing own designs. 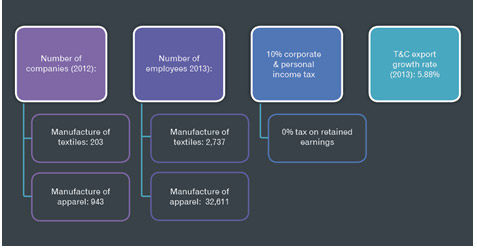 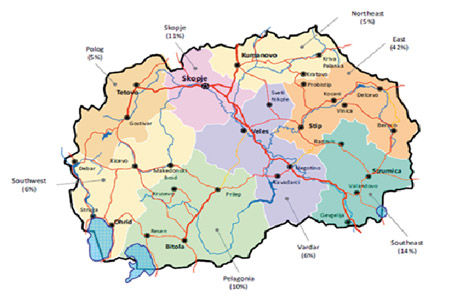 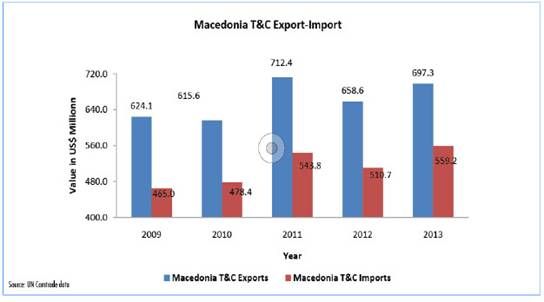 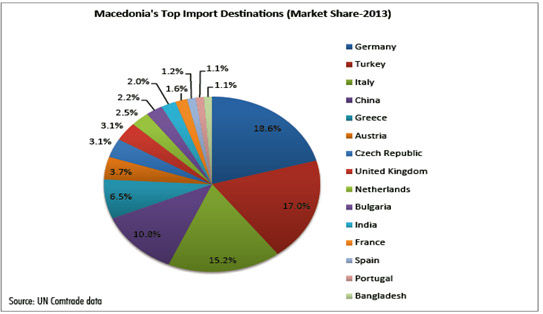 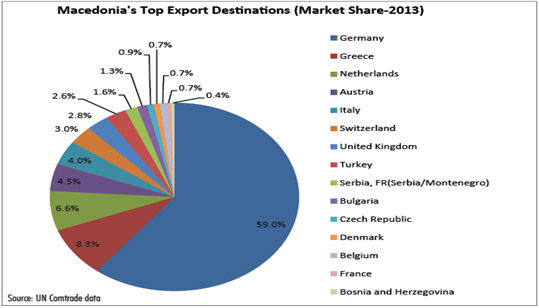