Home / Knowledge / Article / Apparel / For things to work, all process must be in place

For things to work, all process must be in place

It was in 1987 that Asif Merchant got into the business of wholesaling of footwear. He bought from small factories and sold to the big brands of Mumbai, but could not find the success he yearned for. In 1989 he set up an unauthorised portable structure at Breach Candy, and then found a shuttered property under the Kemps Corner flyover. He managed to raise the Rs 18 lakh needed, and Catwalk was launched in 1990 with a unique proposition: pay as you like. Merchant bought out the majority shares and friendly loans and set up Catwalk Worldwide Pvt Ltd to provide affordable and disposable fashion in 2001. Since then it has been a success story, with Catwalk registering consistent growth. Merchant talks about 'Make in India' and shares his Catwalk experience in the context.

For entrepreneurs in the business of Fast & Forward Fashion (FFF), the initial conditions one would face while working towards a 'Make in India' will be harsh. With infrastructure being what it is, things will be extremely difficult for early movers, who of course will eventually benefit the most in the long run.

For things to work, an organisation will need to be technology-backed and must have robust processes with Just in Time (JIT) and Just in Case (JIC) incorporated into scheme of things. These would be the key differentiators among local players, and would be in sync with globally accepted norms too. Moreover, the FFF industry demands a minimal lead time, and a brand cannot afford to be stuck with outdated inventory. Faltering on these counts would inevitably flare up the costs.

The entire zero deficiency objective of getting saved from "currency volatility" and "import's direct costs" will come to nought the moment any of the above requirements entail manual interventions. Therefore, the following processes have to be incorporated as per the global industry standards.

The JIT process is meant to take on any global giant, and beat him at his own game with additional margins earned from 'Make in India', besides the geographical and cultural knowhow required:

The JIC, on the other hand, is a mechanism which ensures defence from all unforeseen circumstances by having:

Why 'Make in India'?

'Make in India' will be the beneficial way forward for any Indian entrepreneur. 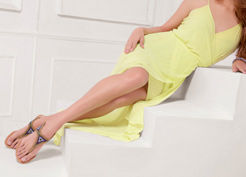 Huge losses may be incurred due to currency fluctuations as seen during FY 2013-14. These result in losing out on margins and non-viability of replenishments, and have to be offset through further deep discounting. In case of an MNC with deep pockets, the above concerns could just be another case of establishing cost. MNCs can factor it out in the way it happened in case of Levi's or Kellog's, which took them 19 years to break even. Zara, despite being in the same industry, clocked a 54 per cent growth in the same year and remained highly profitable only due to the smart partnership with the Tatas. The enterprise had deep pockets to strategise the growth, with the brand already having decades of an established inventory management model, showing the utmost need of incorporating robust processes.

In this crisis situation, the 'Make in India' initiative remains the only smart way forward for Indian entrepreneurs fighting multinationals who are hanging on with deep pockets and thereby affording longer periods to break even.

Catwalk had started backward integration with the yet-to-be-launched 'Make in India' project in 2013-14 with the slogan of "Baadha sabhi hatayenge, joota yahin banayenge" (We will remove all obstacles, we will make all shoes here). This went haywire because of overestimating the infrastructure conditions, when it was realised that the SOP implementation for achieving this was unworkable in the current system. Hence, the brand suffered a negative growth of 9.32 per cent in FY 2013-14 over the previous year. 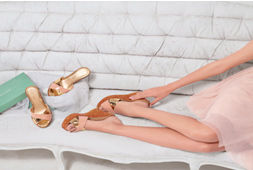 In fact, FY 2014-15 too had a similar impact on bottom lines with revenues showing only a minor growth of 4.67 per cent over FY 2013-14, and still had a negative growth of 5.08 per cent over FY 2012-13. Determination and belief were the only factors that stopped us from giving up on the mission.

In the first 12 weeks of FY 2015-16, Catwalk saw itself finally taking off on a growth trajectory - this time with better margins and having absolute control on the entire supply chain with fully integrated systems and processes in place. This also offered a glimpse of success into the organisation's vision statement of "Affordable & disposable fast fashion" with the following upsides:

1. Better control on the production processes

3. Controlled inventory management due to


The above upsides did help Catwalk to think optimistically and consistently work on the processes.