Germany: The year in retrospect

The bankruptcy of Karstadt, the end of Bread & Butter, and the entry of Chinese companies were some major headlines that dominated in Germany, writes Regina Henkel.

Both a plethora of problems and a number of new developments made the fashion headlines in 2015. The exhibition landscape changed significantly, and retail continues to be challenged by the ever-growing relevance of e-commerce. And while classical retail is trying to stabilise its business, online giants are battling against each other.

Almost a permanent fixture in the headlines was department store group Karstadt. The bankruptcy of the Arcandor mother company, which itself went insolvent six years ago, will still take "many years" to find its footing again, the liquidator said in November, according to the German Press Agency. The reasons were mainly litigations, including those against numerous former managers of the group, like former top executive Thomas Middelhoff. In all, 37,500 creditors are asking for €1.2 billion, according to the report of the liquidator. At the same time, reports of real estate sales of Karstadt stores have been coming in.

Another bankruptcy that affected the fashion industry was the end of Bread & Butter. In December 2014, the bankruptcy sounded like a drumbeat through the denim and sportswear industry. Although the show reported repeatedly about lower exhibitor and visitor numbers, the daring plans of CEO Karl-Heinz Muller polarised the denim community, and the end of the show came for many quite abruptly. But even more surprising was the news of the takeover of the fair by the Berlin e-commerce giant Zalando. His idea: Bread & Butter should continue to take place on the grounds of Tempelhof Airport in Berlin-but no more as a fair, but as a fashion event for consumers. The premiere of the new concept-that Muller had wanted to realise earlier, but had failed due to the resistance from brands-has been scheduled for January 2016. But in December, the Berlin Senate decided that the Tempelhof Field and the halls of the former airport would be used as refugee shelters until the end of 2019. Therefore, Zalando now has to search for a new location for Bread & Butter. The proposed January event was, therefore, postponed.

Also, Escada struggled through the year. In July, the fashion label announced that it would have to cancel about 200 jobs in the next two years. At the company's headquarters in Munich, some 150 employees had to go. The job cuts are part of a restructuring programme, which is aimed to reposition the company since the departure of former CEO Bruno Salzer.

Despite the loss of Bread & Butter, which was the strongest event in the Berlin trade fair scene some years ago, the city presented a fragmented, but lively exhibition scene. Panorama and Premium especially have won and further developed their respective profiles. In July, the premium operators reported an increase in visitors of 70 per cent on the first day itself. Panorama will enlarge its area in next January by about 3,000 square metres. The sale of skate-and-streetwear fair Bright to the Premium fair was welcomed with excitement. With the acquisition of all shares of Bright-founders Thomas Martini and Marco Aslim, Bright merged with the Premium sub label Seek. In summer, both events took place in the same location for the first time, and the response was positive. In addition, quite a number of other specialised trade fairs were organised in Berlin: Show & Order, Berlin Fashion Salon, Green Showroom, Ethical Fashion Show and of course Berlin Fashion Week, among others.

Clash of the online titans

The growing e-commerce business dominated the news landscape considerably. Not only did online giant Zalando demonstrated a remarkable pace and launched its exclusive distribution deal with Topshop and Gap this year, the announced sales target at the end of the year was €3 billion. The competition from abroad is already started. Uniqlo went online in Germany this year, while Alibaba opened a branch here. To start with, Alibaba will help conquering the Chinese market for local traders, the company said. But for the future, the German market shows potential too. This is the strategy of the Otto Group which has a joint venture with Chinese online marketplace JD.com. In return, JD.com will invest in Zitra GmbH, a subsidiary of the Otto Group. The 50:50 joint venture has been designed to enable international brands to break into the Chinese market, or increase their own sales on JD.com and other online marketplaces worldwide. Thus, JD.com is a new global competitor to Amazon. Amazon, on the other hand, announced its intention to enter the fashion market with six of its own brands, but at the moment this would only be in the US. Even more interesting are Amazon's new logistics solutions. Amazon is offering same-day delivery in Germany for the first time, and even drones will carry packets in the future. Many doubt the feasibility of this idea, though drone delivery is being tested in some areas by Deutsche Post. 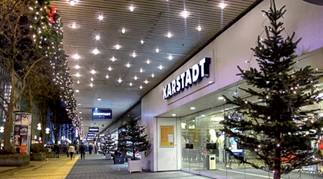 Discounts without end: that's the summary of the year 2015. Difficult weather conditions last winter had caused lower turnovers and resulted in a sales battle. And the same seems to be the forecast for this winter. Moreover, the discount wars of Black Friday and Cyber Monday have been recognised by large numbers of German consumers for the first time this year. More than ever, brands and retailers have taken the opportunity to reduce their stocks before Christmas. In Germany alone, about a quarter of German online retailers participated. Experts expected a sales growth of 16.8 per cent from the previous year for the Black Friday weekend and online revenues of a total of €924 million. 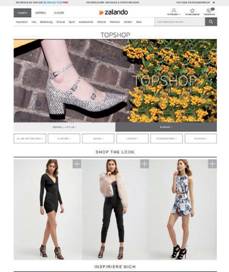 Meanwhile, Swiss companies have felt the full brunt of its currency reform this year. After the surprising decision of the Swiss National Bank in January to lift the minimum euro exchange rate with immediate effect and to decouple the franc from the euro, many Swiss retailers suffered from a declining demand. Especially in the border regions, consumers preferred to shop in cheaper Austria, Italy or Germany. The price transparency of the Internet amplifies the shopping in foreign online shops. At the same time, the brands reacted with price adjustments. So, luxury goods house Richemont and watchmaker Swatch announced price increases in the euro area, with market leader Rolex going up to 14 percent.

The Russian embargo caused many problems as well. Brands such as Escada and Laurel or the Ahlers AG with its brands Pierre Cardin and Baldessarini, which are traditionally strong in Russia, suffered heavy losses.

And there was another topic too, which was quite ubiquitous, especially in the fashion media. The large quantities of refugees in Germany and Austria led to an incredibly high number of events and actions to help them. Many brands and retailers donated clothes and shoes or even collected money for them.