Well-known South Korean outdoor brand Black Yak stole the show at the ISPO sports fair in Munich in January bagging as many as ten awards. The brand's plans of entering the European market that have been on hold since 2013 is now set to see the light of the day later in September. Regina Henkel reports.

Well-known South Korean outdoor brand Black Yak will soon be launching in Europe. In times of crisis in the outdoor-wear market, this is being seen by observers as a daring jump. But possibly right too, as some want to believe. At the last sports fair ISPO in Munich, the collection was awarded with an unbelievable ten separate ISPO prizes. 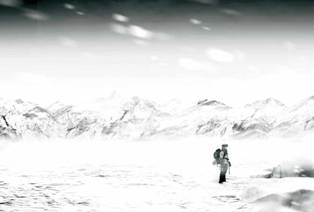 Until now, the flow of goods ran mainly in one direction: Western brands would conquer Asian countries and build up new markets there. Rarely and even more rarely crowned with success, would one see things flowing the other way. Certainly, as far as the fashion industry is concerned. Hardly ever has any Asian brand built up a strong position in either the US or Europe in recent years. Despite many efforts, not even Chinese sports giant Li-Ning could succeed against the overpowering competition from Nike and Adidas in the West. Confident Asian brands that do not try to deny their origin and yet convince with an independent product language have been hard to find in Europe. At least, till now.

Adjusting the collection for Western consumers

Black Yak wants to change all that. At the ISPO fair this January, Black Yak presented its first European collection. Decorated with ten ISPO awards, it was more than a brilliant entry into the new market. Observers from the sports and outdoor markets have been watching Black Yak for a while. This is not only because Black Yak is one of the market leaders in South Korea, a country with the second largest outdoor market in the world.

The brand has been on the European radar since it appeared at ISPO a few years ago. It was the independent, fashion-oriented design of the South Koreans that caught the eye of many ISPO visitors. Many seasons before all traditional outdoor brands from the Western countries began presenting quilted midlayers; Black Yak had those in its own collection. So, the initial talks with potential distributors and dealers were promising.

The launch in Germany was scheduled for 2013, but the brand decided to hang on. "In order to survive a market entry, you have to question some things, and then completely rethink and adjust the plans. This is what we have done in the past months," says Maximilian Nortz, managing director, international business - Europe. Nortz came to Black Yak as global marketing director in April 2014 from a marketing position at Messe Munchen, the organiser of the ISPO trade show. A few months later, he started as international business manager, scripting plans for expansion into Europe.

Prior to the planned launch of 2013, a test run with interested German retailers made him think again. The results showed that the collection was not yet understood well by German customers, and that it still had room for improvement, also in terms of fits. This was especially true since the material mix and very elaborates patterns, which were typical of Black Yak, proved to be difficult to sell in Germany. 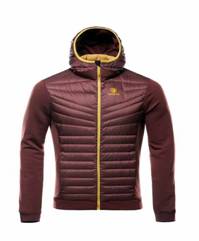 "This adaptation of the Korean collection to the European market took its time," says Nortz. "We have completely re-engineered the collection, from the colours to the look, and up to the sizing as well." For product development, he has relied on European design. A product development team from Switzerland and a design team working in the new Europe headquarter in Munich have designed the new collection in cooperation with mountaineers. However, the collection does not deny its South Korean originality - the trendy look, the subdued colouring and the Black Yak head have remained as the formative stylistic elements. The striking classical outdoor colours like red or green have been eliminated in the 49-piece collection for men and women.

Come September, the first collection will hit retail. That the move to Europe is being taken seriously is demonstrated on the official website: the front page displays a countdown to the day when Black Yak would be available in Europe.

A collection for the mountain and the city

The brand has been positioned in the premium outdoor market with a highly functional collection. Black Yak puts much emphasis on quality materials and sophisticated techniques. From Polartec and Primaloft to Cordura and Dyneema to Gore-Tex, the material palette has a wide range. It has been designed to meet the needs of an active mountaineer as well as an urban user. This strategy may not sound new, but it currently represents an ongoing challenge for many traditional outdoor brands.

The outdoor segment has reported impressive growth figures in the last few years, but not because the number of outdoor athletes has been growing that fast. It grew only because the highly functional collections were seen to be attractive by many urban consumers as well, who never intend to climb mountains. Therefore, they became ubiquitous in everyday life with the result that now the core target group of climbers and outdoor enthusiasts is looking for new ways to stand out from the crowd. A new label, which technically meets all standards and supports many well-known mountaineers and expeditions in Asia, could be a welcome solution.

Black Yak was founded in 1973 under the name "Dongjin Mountain" by South Korean mountaineer Tae Suk Kang. He realised the potential of the market, and wanted to become independent from foreign mountain sports outfitters. His idea succeeded.

Today, his son June Suk Kang leads the company and the business has been booming more than ever. In South Korea alone, the outdoor market has grown around 30-40 per cent over the last five years. In terms of sales, South Korea is number two of the strongest outdoor markets in the world - behind the US, but ahead of Germany. That too with only 50 million inhabitants, most of who live in cities.

The outdoor industry there is one of the most important sectors of the country. In South Korea, Black Yak runs 337 stores, while 197 stores are operated in China and Nepal. The brand mainly sells apparel, which accounts for the largest share of sales, besides equipment such as sleeping bags, tents, backpacks. The company had a turnover of $682 million last year.