Two recent studies that looked at supply chain issues have found many, if not most, supply chains are plagued by corruption and abuse of environmental and social norms. But can these two reports be linked to the issue of sustainable development? Subir Ghosh probes.

At an October 2013 round table conference organised by the Guardian newspaper in association with the global engineering and environment consultancy URS, it became evident from the discussions that companies were becoming increasingly exposed to risks across their supply chains, either by disruption resulting from climate change or reputational damage. The discussants built up a strong business case for developing sustainable ways of working throughout a company and its supply chain: saving resources is a more efficient and profitable way of doing business. What has, since, been added to the discourse is the issue of working conditions and labour rights.

It is this aspect that has been highlighted by two recent reports- one of them specific to the textiles and apparel industry-that have exposed corrupt and irregular practices in supply chain management, and also pointed out that they invariably perpetuate environmental and labour violations.

Plagued by graft all through

The supply chain of the garment industry, Bangladesh's biggest export earner, is beset with irregularities and corruption for which global apparel buyers are responsible to quite an extent, a report of Transparency International Bangladesh (TIB) has contended. 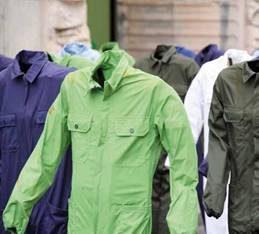 The anti-corruption watchdog, in a report released on January 14 this year, detected anomalies at 16 stages-from order placement to shipment-in the apparel supply chain in that country. Irregularities and corruption at different stages of the chain have become almost a custom in some cases. Moreover, various stakeholders, including factory owners, buyers, auditors and inspectors, were alleged to be involved in the process. The study was titled 'Undress Corruption: How to Prevent Corruption in the Readymade Garment Sector: Scenarios from Bangladesh'.

The report said: "The scenarios reveal that irregularities occur along the entire RMG supply chain, not as an exception but more or less as a rule. Violations of existing labour and safety laws are being 'overlooked' if an envelope containing money is handed over to the concerned official responsible for identifying the violations. Bribery is used to hide deficiencies of quality and quantity and non-compliance with buyers' Codes of Conduct. In this atmosphere of failing governance and accountability of stakeholders, extortion is an additional 'tool' used to maximise profit."

The TIB, which conducted the study with Transparency InternationalGermany, prepared the report based on information gathered between November 2014 and April 2015 through interviews of stakeholders, including buyers and global brands or their agents, factory owners and exporters, workers, compliance auditors, factory inspectors, merchandisers, shipping agents and bankers.

The study divided the supply chain into three stages-order placement, production and supply, and revealed that anomaly started with bribing compliance auditors for preparing reports in line with buyers' requirements. Small factories offered bribes to merchandisers to get orders as they did not have contacts with large buyers or proper documents. Besides, owners or managers of some factories entered into contracts with merchandisers to pay commission on the value of orders. 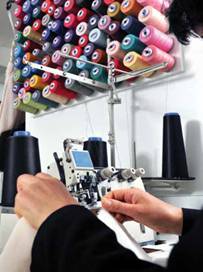 The study also found rampant bribing in influencing purchase decisions of buyers or agents. Sometimes, merchandisers forced garment factories to buy accessories from specific sellers. Moreover, factory owners imported duty-free raw materials in quantity higher than the amount required, and sold the unused materials in the domestic market. There were also allegations of violation of labour rights. The TIB found that buyers occasionally took recourse to various strategies to cancel orders. Those included imposing new compliance conditions on suppliers, manipulating compliance reports, raising false allegations and cancelling orders at will. Buyers sometimes held local factories hostage for making a quick buck, using their business and financial power. Some of them placed orders to non-compliant factories to buy goods at low prices. At times, buyers threatened exporters with cancelling the order and sending back the shipment. The buyers blackmailed production units into getting discounts on goods.

That was not all. The TIB found that a section of buyers manipulates compliance reports on supplier factories when they are not interested in taking delivery of goods. They contact auditors or inspection firms, seeking to manipulate reports to show the suppliers have not met all conditions. This makes it easier for buyers to cancel orders. Among other things that the TIB report suggested to tide over the corruption crisis was the establishment of a valid audit mechanism by buyers. Yet, this very measure came under fire from another study, the findings of which were coincidentally released on the same day. 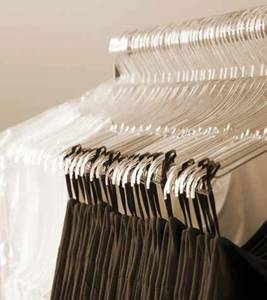 The authors of the report said, "Recent disasters such as the Rana Plaza factory collapse in Bangladesh have put the spotlight on supply chains, but what has been less reported is that labour, safety and environmental abuses often take place within 'certified' and audited supply chains. Our interviews reveal how corporations have designed an inspection and auditing system for global supply chains that is 'working' for them, but badly failing workers and the planet."

Taken together, the two reports emphasise on the imperative need of cleaning up the supply chain, and doing it transparently at that.

People at the heart of sustainability so, what do supply chains have to do with sustainable development? The answer: quite a lot.

For that, we have to go back only a quarter of a century to find the answer. That was when, after the conclusion of the Rio Summit of 1992, the words "environment" and "sustainable development" slowly started gaining currency. Not many at that time understood what the terms indeed meant. Initially, all that people did to save the environment was plant trees in their neighbourhood, or stop carrying plastic bags, and subsequently use CFL bulbs. Awareness has grown manifolds since then, and the world now knows that tokenism does not work. Thought leaders are now increasingly driving home the point that at the heart of "sustainable development" lies "the human being".

At the fag end of 2015, coming on the heels of the UN's announcement of its Sustainable Development Goals (SDGs) and the Paris Summit, the United Nations Development Programme (UNDP) released its annual Human Development Report. The report, titled 'Work for Human Development', called for equitable and decent work for all. It encouraged governments to look beyond jobs to consider the many kinds of work, and suggested that only by taking such a broad view can the benefits of work be truly harnessed for sustainable development.

The 2030 Agenda for Sustainable Development embraces the three dimensions of sustainability-economic, social and environmental. The Goal #8 of the SDGs is being seen by many as the key driver that will lead the path towards sustainable development. This goal calls for promoting "sustained, inclusive and sustainable economic growth, full and productive employment and decent work for all." This goal has targets, which have been paraphrased by the International Labour Organization (ILO) as: ensuring full employment; addressing the gender pay gap; promoting decent work for youth; ending child labour in all its forms; formalising the informal economy; safeguarding rights at work and ensuring safe and healthy workplaces for all women and men; protecting migrant workers; and putting in place and extending social protection floors.

In fact, ILO's director-general Guy Rider, summed up, "More people in decent jobs means stronger and more inclusive economic growth. Improved growth means more resources to create decent jobs. It is a simple equation but one that has been largely neglected in international policymaking both before and after the 2008 financial crisis. With the 2030 Agenda for Sustainable Development we have a once-in-a-generation chance to make a change and improve the lives of billions.

"Decent work puts money in the pockets of individuals and families that they can spend in the local economy. Their purchasing power fuels the growth and development of sustainable enterprises, especially smaller businesses, which in turn are able to hire more workers and improve their pay and conditions. It increases tax revenues for governments, who can then fund social measures to protect those who cannot find, or are unable to work."

It is not an easy task by any measure, but businesses will have to rise up to the challenge.