Enzyme technology for functionalisation of polyester

Biotechnology, or more specifically enzyme technology, has enormous potential for production and synthesis of textiles with advanced functionalities. This is because of the high specificity of enzymes, explain Harshita Chaudhary, Deepti Gupta and Charu Gupta.

Enzyme technology has proven to be profitable in industrial textile pre-treatment processes of natural fibres. These processes include desizing, scouring and degumming.

The good news is, application of enzymes is not limited to natural materials. It has recently been demonstrated that enzymes are able to modify surfaces of synthetic textiles like polyester. The major advantage of enzyme processes lies in their surface-specific, pro-environment, energy saving process conditions.

Investigators indicate that enzymes degrade polyester in a two-step reaction. The first is hydrophobic adsorption onto the polyester surface followed by the hydrolysis of the polyester ester bonds. Practically, the first step is surface erosion. Because of the large size, the enzymes cannot penetrate the fibre and hence are restricted to reacting on the surface. In the second step, enzymes catalyse the hydrolysis of ester bonds in the polymer. This results in generation of reactive groups such as carboxyl and hydroxyl groups on the fabric surface.

The appearance of polar groups on the surface of polyester provides an opportunity to improve many unfavourable properties of polyester. Bio-catalytic modification results in improved moisture-related properties, fabric handle, electrical conductivity and resistance to soiling with reduced gloss and susceptibility to pilling. The advantage of enzymes over conventional techniques is that the favourable bulk properties of polyester are not affected because the enzymes are too big to penetrate the bulk phase of the material.

Lipases (glycerol ester hydrolases) have been obtained from various sources like bacterial, fungal and animal pancreases and are used as a crude mixture with other hydrolases or purified. They constitute one of the most studied categories of enzymes because of their potential for use in a number of applications. Lipases are used in most fields, including textile, paper, detergents, cosmetic and pharmaceutical industries, for enzyme applications due to its usefulness in both hydrolytic and synthetic reactions. They not only mediate for the hydrolysis of naturally occurring triglycerides but also catalyse other hydrolysis reactions, such as esterification, transesterification, polyesterification, amidation and a variety of other reactions of both natural and synthetic materials.

Lipases are generally known to catalyse the hydrolysis of long chain water insoluble triglycerides. In the presence of a water-lipid interface, the phenomenon of interfacial activation is characteristic for this class of enzymes. Lipases have an additional small peptide segment, referred to as a lid, which covers the pocket of the active site. In the open, active form of the lipase, the active site becomes accessible to the substrate. Based on the active site, lipases have been classified as serine hydrolases. All lipases are members of α/β -hydrolase family, which show a common architecture composed of specific sequence of ?-helices and ?-strands. The industrial application of lipases in synthetic fibre processing is limited due to their high-production cost and the limited number of lipases available for industrial usage.

Lipases can be obtained from a variety of microorganisms, but particularly lipases from Aspergillus oryzae, Porcine pancreas, Candida rugosa, Pseudomonas mendocina, Candida Antarctica, Candida cylindraceae, Penicillium roqueforti and Thermomyces lanuginosus have been explored by various researchers. Kardas and co-workers (2011) hydrolysed polyester fibre surface using Lipase A from Aspergillus niger,Amano Lipase AK from Pseudomonas fluorescens and Lipozyme from Mucormiehei. Substantial improvement of wetability with change in surface topography was observed.

Djordjevic et al. (2006) studied the effect of three different lipases from Penicillium roqueforti, Candida cylindracea, Porcine pancreas. The treated fabric showed better moisture regains and vapour permeability. Enzyme from Candida cylindracea was found to give better results than the other two enzymes used. Hsieh and Cram (1998) studied the ability of six hydrolysing enzymes to improve hydrophilicity of several polyester fabrics including sulfonated polyester and microdenier polyester fabrics. Five of the six lipases significantly improved the hydrophilic properties of polyester fabrics more than alkaline hydrolysis under optimal conditions (3N NaOH at 55�C for 2h). The enzyme reactions were found to be highly effective under more moderate conditions, low concentration (0.01 g/L), a shorter reaction time (10 minutes), an ambient temperature (25�C), and no buffer. These studies clearly indicate that the surface modification of textile polymers with enzymes has the potential to replace conventional chemical processes.

Several studies about the effect of activators on lipase activity have been carried out. Activators improve the hydrolytic activity of enzymes on polymer. Lipases from bacteria and fungi are known to demonstrate improved activity in presence of calcium and magnesium ions. Kim and Song (2006), examined effects of nine lipase sources. The aim was to increase moisture regain of polyester fabric using lipase treatment. The lipase treatment conditions were controlled at a pH of 7.5, a temperature of 30�C, a treatment time of 60 minutes, and a lipase concentration of 50 per cent owf. Effect of lipase activator (calcium chloride) on moisture regain of polyester fabrics was found to be varied depending upon the source of lipase. In case of lipase from Psuedumonas sp., moisture regain was found to reduce on using activator. However for Rhizopus sp. and Candida sp. a slight increase in moisture regain was observed. Out of the nine lipases used, Candida antarctica and Candida cylindraceae were found to be most effective. Similar study was carried out by the same workers in 2008 using lipase from Porcine pancreas at pH 7.5, 40�C, 90 minutes and concentration of 6.25 g/L. The surface of the lipase treated polyester fabrics showed cracks and voids on SEM analysis, largely responsible for the increase in the polyester's water related properties.

Besides activators, non-ionic detergents, plasticisers play a significant role in enzymatic action. Non-ionic detergent results in a significant increase of hydrolysis products due to interfacial activation. On the other hand, plasticisers decrease the glass transition temperature and increase the accessibility of enzymes to amorphous parts of the fibres at lower temperatures. Eberl et al. (2009), used lipase from Thermonospora lanuginosus and cutinase from Thermomonospora fusca and Fusarium solani to hydrolyse polyester. Action of lipase in the presence of plasticiserN, N-diethyl-2-phenylacetamide (DEPA) and non-ionic surfactant like Triton-X-100 resulted in the formation of novel polar groups that enhanced the dyeability with basic dyes (Astrazon Blue BG) to as much as 130% for cutinase and 300 per cent in the case of lipase.

In contrast to this finding, Lee and Song (2010) and Kim and Song (2006), found that Triton X-100 was ineffective as an auxiliary catalyst for lipase treatment. No improvement in hydrophilicity was observed. This might be due to the changed hydrophilicity of polyester on treatment with non-ionic wetting agent which inhibited the attachment of lipase on a hydrophilic substrate. In general, the major aim of enzymatic surface hydrolysis of polyester is an increase of hydrophilicity. However, researchers have reported adsorption of the hydrophilic proteins generated due to enzyme hydrolysis onto the polymer surface causing the same effect, leading to misinterpretation of the results. Apart from lipase, another enzyme that has been widely used by researchers for polyester modification is cutinase.

Cutinases are extracellular esterases mainly produced by pathogenic fungi and a few bacteria. They were initially discovered because they are secreted by fungi to hydrolyse the protective cutin (biopolyester) lipid polyester matrix in plants. They belong to the family of serine esterases and are members of the superfamily of α/β -hydrolases. Cutinases have been shown to catalyse the hydrolysis of a variety of polymers, insoluble triacylglycerols, and low-molecular-weight soluble esters. They are also capable of hydrolysing a variety of substrates, including synthetic high molecular weight polyesters, short and long chain triacylglycerols and soluble esters. Cutinases are also capable of catalysing esterification and trans esterification.

Contrary to lipases, the activity of which is greatly enhanced in the presence of a lipid-water interface, cutinases do not display, or display little interfacial activation, being active on both soluble and emulsified substrates. There is no lid in cutinases as in lipases. Hence, they can accept a wide range of substrates, although conversion rates differ depending on the substrate.

Cutinases from Fusarium solani pisi, Fusarium oxysporum and Thermobifida fusca are frequently studied and seem to be promising enzymes for the enzymatic surface modification of polyester. Mark et al. (2006), noted that on increase in the hydrophilicity of polyester fibres after treatment with hydrolases from Thermomonospora fusca and Fusarium solanipisi. The samples were incubated with an enzyme preparation from T. fusca in phosphate buffer (50 mM, pH 7.2) at 500C, and from F. solanipisi in phosphate buffer (50 mM, pH 8.2) at 350C on a rotary shaker at 80 rpm for 8-72h. Water sorption and dyeing were found to increase after enzyme treatment. Silva et al. (2005) used F. solanipisi cutinase to modify the surface of textile synthetic fibres like polyester, polyamide 6, 6 and acrylics. Superficial amino and hydroxyl groups were identified by dyeing with reactive dyes. An increase in amino groups (in case of polyamide) and hydroxyl groups (in case of polyester and in co monomer of acrylic) at the fibre surface was found due to cutinase reaction.

Crystallinity greatly affects the capability of the enzyme to hydrolyse the ester bonds. Vertommen et al. (2005), studied the hydrolysis of polyester using cutinase from F. solanipisi and lipase A from Candida antarctica on polyester. The extent of hydrolysis was detected by measuring the amount of soluble degradation products in solution using reverse phase HPLC. Cutinase from F. solani pisi displayed relatively high activity towards an amorphous polyester film and little activity on a highly crystalline substrate. Unlike lipases, the addition of a non-ionic wetting agent facilitates cutinase hydrolysis of the surface of polyester fabrics. Lee and Song, 2010 reported an improvement in moisture absorption properties of cutinase hydrolysed polyester in presence of Triton X-100. It was inferred that Triton X-100 facilitated cutinase hydrolysis on polyester fabrics; however, it was ineffective for lipase. In a similar study by Eberl et al. (2009), cutinases from T. fusca and F. solanipisi were used to hydrolyse polyester fabrics and films and bis(benzoyloxyethyl) terephthalate polyester.

Consequently, the presence of plasticizerN,N-diethyl-2-phenylacetamide (DEPA) and non-ionic detergent (Triton X-100) lead to enhanced hydrolysis rates on semi-crystalline polyester polymers (film and fabric). The weakness of enzyme surface modification is related to their slow diffusion rate. The catalytic activity of commercially available cutinasesis is not sufficiently high to fit the requirements of the textile industry. Present constraints that limit textile application are challenged by the on-going research aiming at the development of more efficient enzymes.

A new hydrolase isolated from Fusariumoxysporum strain by Nimchua et al. (2008) was observed to be more efficient in hydrolysing polyester fibres compared to the well-known cutinase enzyme from F. solanipisi. In another study, cutinase from F. solanipisi was genetically modified near the active site, by site-directed mutagenesis, to enhance its activity towards polyester and polyamide 6,6fibers. Mutants showed an activity increase for polyester oligomers of about four/five fold when compared with the wild type and may thus also be more active on polyester fibres. Genetically

modified enzymes have the potential to meet future requirements; however these novel enzymes have not been commercialised as yet.

Based on these facts, it can be inferred that use of enzymes in textile chemical processing is rapidly gaining global recognition because of their non-toxic and eco-friendly characteristics with increasingly important requirements for textile manufacturers to reduce pollution in textile production. 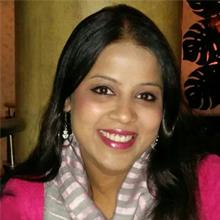