Home / Knowledge / Article / Yarn / So, what do you do with shoddy yarn?

So, what do you do with shoddy yarn? 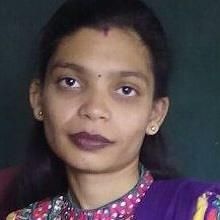 The textile industry has generally been thrifty with resources, yet a large proportion of unnecessary waste is produced. One of the biggest problems is management of this solid waste. Developing value added products may be the answer, points out Dr. Mohini Gupta.

The Indian textile industry is not only among the oldest industries in the country but one of the major employment providers that fetches foreign exchange. It caters to some of the most essential consumer needs such as draperies, carpets, rugs and other textile products.

The concept of "green chemistry" and sustainability has been discussed in many manufacturing industries. Recycling thermoplastic has become vital, keeping in view long-term environmental effects of irresponsible waste disposal. The current concern regarding disposal of industrial and post-consumer waste in diminishing landfill sites has focused attention on developing effective reclamation and recycling processes.

Recycling is the most feasible approach to reducing solid waste. Textile recycling is gaining widespread popularity as clothing and fabric generally consist of composites of biodegradable natural fibres and non-biodegradable synthetic plastics, which can be recycled. Recycling provides both environmental economic benefits by lowering the need for landfill space and helps reduce use of modest resources, pollution and energy consumption.

Taiwan and Japan have been working closely to manufacture recycled fabrics as does Libolon Co Ltd. Taiwan has launched RePET and Ecoya yarn made from recycled polyester PET bottles. Patagonia has built a recycling system of polyester fabrics and aims to produce recycled apparel by 2010. The company has recycled more than 6,000 kg of garments and has conducted an analysis of the common threads process to calculate the energy and carbon dioxide emission for recycled garments. Global Recycle Standard, launched in 2008, works on the principle of traceability, environmental management and social responsibility. Awareness in recycling is a result of many factors including emerald consumerism, increasing waste disposal problems, raw material costs and evolution of waste into a smoothly running commodity industry.

Reprocessing used clothing, fibrous material and clothing scraps from manufacturing processes has already been adopted by the shoddy units. Recycled wool has been re-used in industrial processes for a long time. Old clothing, rags, tailor's clippings and waste from wool manufacturing are all important sources for obtaining fibrous raw materials by these units. Also called salvaged, reclaimed or remanufactured, it is best known in the textile industry as shoddy. It consists of rags and shreds of stockings, flannels, and other soft worsted fabrics torn and reduced to fragments of the original fibre. High quality fibres can be produced from discarded fabrics if they contain good quality of unfelled fibres that have not been severely treated. Good quality of reused wool, when woven into fabric, has greater resistance to abrasion than inferior quality of wool produced from fibres that are not only irregular and weak but also lack protecting scales. Re-used wool is often blended with new wool before being re-spun. Most reprocessed fibres are produced by the woollen mills themselves, whereas large percentage of reused wool is bought by shoddy manufacturers, who may operate independent enterprises for producing woven blankets and carpets.

A study was conducted in Punjab Agricultural University, Ludhiana for development of value added products from shoddy or recycled yarn. Shoddy yarn was collected from Ludhiana and Amritsar districts of Punjab for preparing fabric. Two counts of shoddy yarn i.e. 10Nm and 12Nm were selected for product development. Of 24 prototype samples designed, six most preferred designs were obtained for development of value added products. Then, consumer acceptability was assessed. Motifs were selected through secondary sources such as internet, encyclopaedia, books and magazines.

An inventory was prepared to record the views of consumers. The respondents were asked to give preferences regarding innovativeness, texture, colour combination and overall appeal prepared from these textile products. The cost effectiveness of the textile products was studied by asking respondents to give selling price for each article. Sixty women consumers were randomly selected between the ages of 25 and 35 years to collect the information regarding their acceptance for developed textile products.

Table1: Distribution of respondents according to socio-personal traits

1.2 Preferences of respondents for prepared articles

Regarding preferences for colour combination, the majority of the respondents preferred cushion covers with weighted mean score 5.1 (Fig 2).

Preferences of respondents for the prepared articles on the basis of texture have been presented in Table 2. A majority of respondents considered the cushion cover as the best of the products shown, with respect to texture. 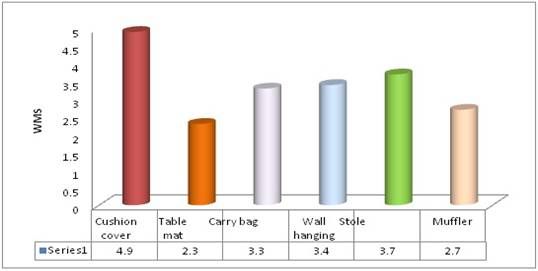 Figure 1: Preferences of the respondents regarding innovativeness 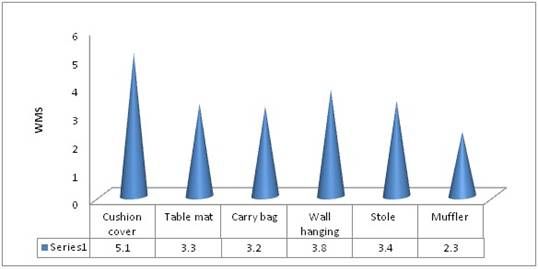 Table 2: Preferences of respondents for texture of prepared articles

The results of the percentage profit margin of each article as reported by the consumers have been furnished in Fig 3.

Profit margin on carry bag was highest, .i.e. 50 per cent followed by 33.3 per cent and 30 per cent profit in case of muffler and table mat respectively.

Fig 3: Assessment of the profit margin of prepared articles

3.4 Suitability of quoted price of products 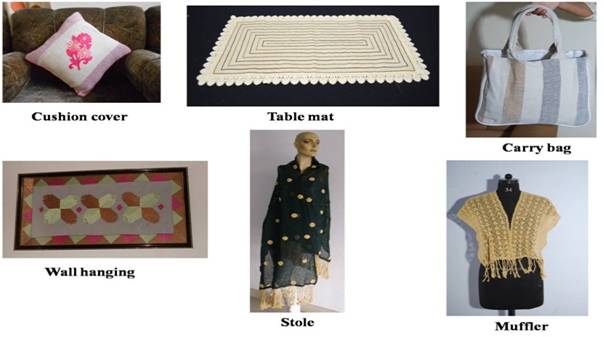 This proves that shoddy yarn was economically utilised and has potential use in developing different textile products.

Dr. Mohini Gupta is an assistant professor at Pushp Institute of Sciences and Higher Studies, Piliphit.